Trump Is Turning the State Department into a Global Weapons Dealer 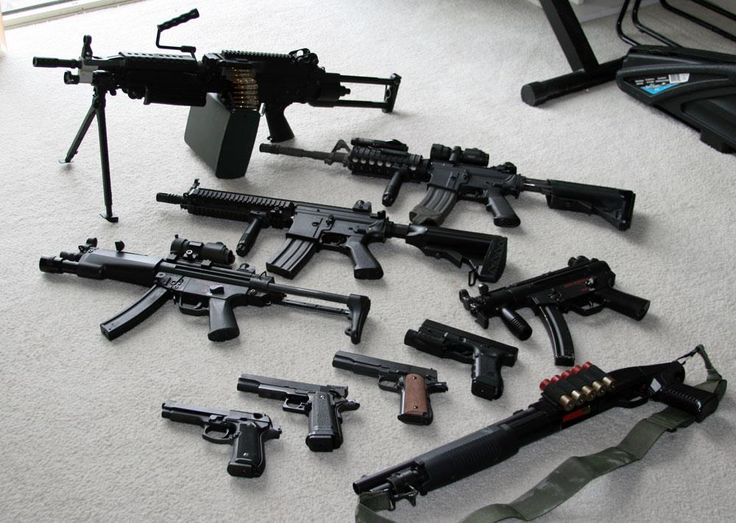 The Trump administration will soon announce its next move in the ongoing assault on diplomacy and human rights currently taking place in the United States. Through a plan dubbed “Buy American,” the administration is calling for U.S. attachés and diplomats to play a larger role in the sale of U.S. weapons, effectively solidifying their role as lobbyists for the arms industry rather than agents of diplomacy.

This means the State Department, the agency that is meant to foster diplomatic relations and maintain peaceful engagement with other countries, will now openly operate as a weapons dealer. The administration is essentially forcing the State Department to undermine itself, as seeking out and expanding opportunities for increased weapons sales are certainly not conducive to fostering peaceful global relations.

The “Buy American” plan will increase U.S. officials’ involvement in facilitating weapons sales, while simultaneously easing rules that limit U.S. weapons sales to governments with poor human rights records. The move displays an increasingly undeniable truth—that the United States government views human rights not as the foundation of human dignity but as an impediment to corporate profits.

More Riches for the Merchants of Death

Though it has long been the case, U.S. officials around the world will now officially serve as salespeople for U.S. military corporations. Embassy staffers will now be charged with promoting weapons sales and briefing visiting senior U.S. officials so they can help finalize pending arms deals.

This move by the Pentagon and the U.S. State Department to advance the interests of the arms industry will increase profits for the merchants of death that are already thriving thanks to U.S. involvement in perpetual warfare around the globe. Shares of the five biggest military corporations—Lockheed Martin, Raytheon, Boeing, Northrop Grumman, and General Dynamics—have more than tripled over the last five years and currently trade at or near all-time highs, so they are literally making a killing on killing.

Additionally, foreign military sales in fiscal year 2017, under the purview of both Obama and Trump, climbed to $42 billion, compared to $31 billion in the prior year, according to the U.S. Defense Security Cooperation Agency. And global arms sales in 2016 rose for the first time since 2010, with 57.9 percent of global arms sales coming from U.S. companies.

Existing arms sales restrictions have not prevented U.S. weapons from being used to aid repressive military interventions. U.S. weapons companies that stand to profit from the administration’s new plan have long made billions from the sale of bombs, missiles and aircraft that have been vital to the Saudi-led campaign in Yemen, a campaign that has decimated the country’s sewage and health infrastructure, killed thousands, and caused a humanitarian crisis. In addition, U.S. military corporations enjoy deep business connections with Israel, and profit from supplying the military tools used to uphold Israel’s occupation of Palestine. U.S. fighter jets, tanks, attack helicopters, bombs, and missiles have been integralto Israel’s brutal attacks on the Palestinian people in recent decades.

If present arms sales “restrictions” have enabled U.S. weaponry to play a major role in such atrocities, what tragedies will U.S. weapons contribute to under human rights standards weakened or revoked with this new plan?

‘Buy American’ Is the Culmination of Arms Industry Influence

The move to turn the U.S. State Department into an outright arms brokerage platform is a reflection of the immense power and influence of the arms industry. Military corporations have engaged in extremely aggressive lobbying over the past several years, spending a total of more than $1 billion on lobbying since 2009 and employing anywhere from 700 to 1,000 lobbyists in any given year. To put that in perspective, the arms industry has employed significantly more than one lobbyist per member of Congress each year.

Consider also that Trump has made common practice of populating his administration with former weapons industry executives. The practice is so rampant that in November 2017, Senate Armed Services Committee Chair John McCain, warned Trump he shouldn’t nominate any more candidates from military corporations. Examples of Trump’s industry-heavy administrationinclude Secretary of Defense James Mattis, a former board member at General Dynamics; White House Chief of Staff John Kelly, who worked for a number of military firms and was an adviser to Pentagon contractor DynCorp; former Boeing executive and now Deputy Secretary of Defense Patrick Shanahan; former Lockheed Martin executive John Rood, nominated as undersecretary of defense for policy; former Raytheon Vice President Mark Esper, newly confirmed as Secretary of the Army; Heather Wilson, a former consultant to Lockheed Martin, who is Secretary of the Air Force; Ellen Lord, a former CEO for the aerospace company Textron, who is Undersecretary of Defense for Acquisition; and National Security Council Chief of Staff Keith Kellogg, a former employee of the major military and intelligence contractor CACI.

The “Buy American” policy is being coordinated by Trump’s National Security Council and drafted by State, Defense and Commerce Department officials, meaning the plan is largely being crafted through a commercial lens by individuals trained in increasing shareholder profits, not upholding or protecting human rights. Those writing the policy have deep connections to the corporations that stand to benefit from the change, and they may very well return to positions with those companies after their stint as government officials, thanks to the revolving door between military corporations and the government.

A federal government that unabashedly caters to the interests of weapons manufacturers is a bipartisan creation, and the Trump administration is simply building on the war-friendly foundation built for it by previous administrations. But this move to officially turn U.S. diplomats into arms brokers is an appalling statement by this Administration that it views diplomacy and human rights as disposable, especially if they interfere with commercial interests and shareholder profits.

“Buy American” and other moves enabling the wholesale takeover of the U.S. government by arms industry influence have more to do with the power and profits of this country’s majors weapons makers than they do with any imaginable benefit for the average citizen. The administration is embarking on this new scheme supposedly all in the name of creating great American jobs, though research shows that dollar for dollar, investment in civilian industries like infrastructure, healthcare, and education creates more jobs than investment in the military sector.

As 46 million people in the U.S. live in poverty, as funding is stripped from vital life-affirming sectors and services, and as the country falls deeper into despair, the American public would do well to wake up to the fact that their tax dollars are funding the official, blatant transformation of the U.S. government into the largest arms dealer in the world.

An Opportunity for Action

A mobilized and informed public has the power to cast a light on the corporations behind this headlong rush to weaponize the world. Since many military corporations are publicly traded companies, Americans can urge the financial institutions that represent them—their universities, their cities, their pension funds, their banks—to pull investments from these merchants of death.

This is why CodePink and a coalition of over 70 national organizations are embarking on a Divest from the War Machine campaign divestfromwarmachine.org.

Haley Pedersen is on the Divest from the War Machine Campaign team at CodePink: Women for Peace.

Jodie Evans is co-founder and co-director of CodePink. She has been a social justice activist for 40 years.