The U.S. Military Should Stop Training Police and Stick to Slaughtering Innocent Foreigners 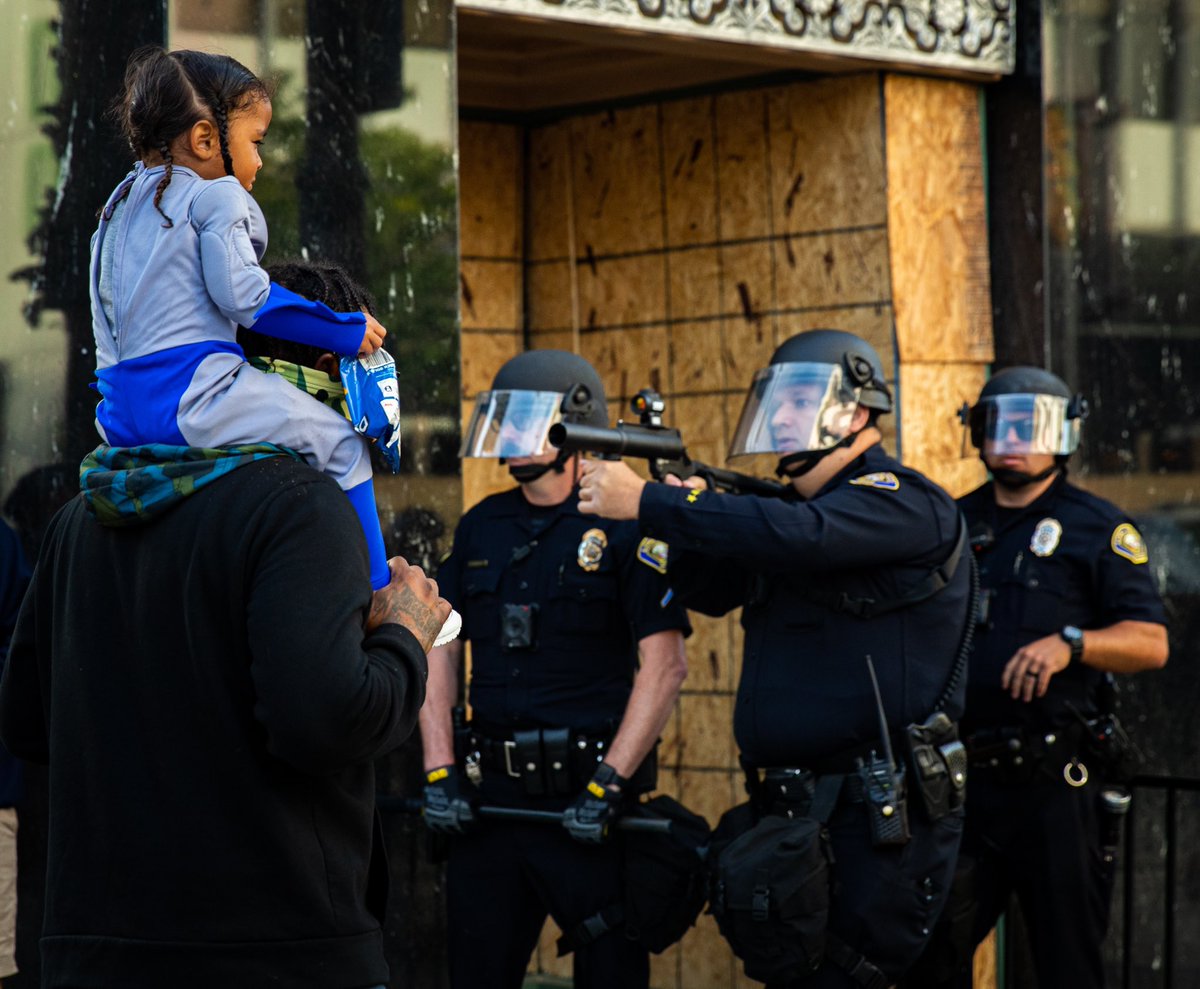 Here’s what should happen now, judging by what I see on social and other media.

The U.S. Military and the National Guard and other war-making outfits should clear out of the streets of the United States, get on some airplanes, and head off to properly murder lots of men, women, and children very far away. It’s simply inappropriate to kill people in this enlightened land where we’ve figured out that lives all matter.

War making should not be based on lies about protesters being violent or black people being savages or Trump needing his religion fix. Wars should be based, as established by long tradition, on lies about foreign governments and terrorists and fossil fuels and babies in incubators and WMDs and phantom missiles and chemical attacks and impending massacres.

Therefore, the Israeli military should stop training police in Minnesota and across the U.S. in how to wage war against the local people. So, for that matter, should the U.S. military and private U.S. companies. And the U.S. government should stop giving war weapons to police departments. Those should be given to vicious foreign dictators and coup plotters and mercenaries and secret agencies.

It’s a little less clear what should be done about someone like Derek Chauvin who learned to be a policeman in the U.S. Army, both at Fort Benning, where plenty of murderous coup plotters have been trained and other good proper deeds done, and in Germany which of course needs to be kept down. Once he’s a local police officer, Chauvin is not in the military anymore, right? So, he’s not a problem. And if he shoots people on the job, well that’s just the way it goes. And if he likes to use pepper spray on the black folks at his other job as a “security guard” well, nobody’s perfect. Eighteen complaints is not that many, considering that he was never prosecuted by a single respectable racist prosecutor who hoped to be vice president someday.

The important thing is for the police to be police, and the military to be military, and the weapons and tactics of war to be used exclusively on dark-skinned people in distant lands who cannot possibly disrupt my evening news or block any intersections near here or topple any white supremacist war monuments where I might see them.

Wait, is that right?

Or perhaps the real problem is murdering people however and wherever and to whomever it’s done. Perhaps members of the National Guard and U.S. military should refuse orders to fight in the United States, but also refuse orders to fight anywhere else. There’s nothing more moral or legal about one over the other.

I often wish that there were stories of distant wars to match the stories of horrific tragedies closer to home. Perhaps that would bring people around, I often fantasize. Well, I just picked up a copy of a new book called War, Suffering, and the Struggle for Human Rights by Peadar King. Here’s a guy from Ireland who traveled to twelve different countries to get their stories for television, and who has now turned them into a book. I can’t recommend it enough.

These are the voices of wars of all sorts. These are victims of both sides of the same wars. They’re not chosen to make a point about a particular culprit or tactic or anything other than the need to see the suffering and work to end it. In Libya, we hear about the suffering recently caused by the United States and its allies, but we hear a lot more about the suffering that had been caused by Gadaffi — not because it was worse in some way, but because King met those victims and he clearly felt compelled to tell their stories.

In Syria we learn about the intense pain brought to a family by the shooting of one woman, but we’re never really told which side of the war the shooter was on. It’s not the point. The point is the evil of war, every war, from every side — and not just the waging of it, but the creation of the tools and training for it. The Syrian woman’s father ends up exclaiming that the weapons dealers are the ones he blames.

Beyond the voices of war’s victims, we also hear Peadar King’s voice — indignant, outraged, disgusted by hypocrisy, and sickened by evil, both the banal and the sadistic varieties. The United States uses the “death penalty” at home, then wages a war that generates, among other horrors, a group called ISIS that also uses the “death penalty” — and the outrage over this from the U.S. is laid out as grounds for yet more war. King — like the people of the poorest U.S. neighborhoods — has had enough and is not inclined to take it anymore.

“There is never justification for war. To know that means to do something about it. Stand up for justice!” Thus speaks Clare Daly, Member of the European Parliament, in the book’s foreword.

“I hope this book will be a small reminder that we have the vision and the capacity to not just imagine but to create a world beyond war,” writes King in the introduction.

“Within Palestine/Israel,” King writes later in the book, “there are people, as elsewhere in the world, who refuse to countenance that war is an inevitability. . . . Rami Elhahan told me, ‘I devote my life to express this one message, we are not doomed, it’s not our destiny to keep on killing each other.’”

“I used to think there were just, noble wars,” says José Alberto Mujica Cordano, former president of Uruguay, “but I don’t think that anymore. Now I think the only solution is through negotiations. The worst negotiation is better than the best war, and the only way to ensure peace is to cultivate tolerance.”

“I was on my own with my children. No one else. My husband was out of Baghdad. They were small in age.”

“My fellow citizens. At this hour American and coalition forces are in the early stages of military operations to disarm Iraq, to free its people and to defend the world from grave danger.”

“We were caught by surprise. We were asleep in the middle of the night. The warning sirens became very loud and there was a blackout, it was frightening and my children and I, we didn’t know where to go. The children cried and shivered with fear. My small daughter hid under the chair from fear and she still suffers from the trauma. In the morning there were dead bodies on the street, houses demolished, buildings destroyed.”

“The people you will liberate will witness the honourable and decent spirit of the American people. In this conflict America faces an enemy that has no regard for conventions of war or rules of morality. Saddam Hussein [has attempted] to use innocent men, women, and children as shields for his own military. A final atrocity against his people. I want the world to know that every effort will be made to spare innocent civilians from harm.”

“I was upset and my children were crying, there was no food. There was a shortage of food, Baghdad markets were deserted and all the shops were closed. Two weeks later, while still going through the suffering in the same house, we managed to organise cars in a hurry, we headed towards Al-Anbar. I saw dead bodies lying on the street — women, men, children — and animals eating the bodies, the country turned into terror. It was a curse not a blessing.”

You know where else there’s a shortage of food and bodies in the streets? Poor and black neighborhoods of U.S. cities.

Another interesting book that just came out is Capital and Ideology by Thomas Piketty. His interest is inequality. He points out that in various countries the poorest 50% of the people had 20 to 25% of the income in 1980 but 15 to 20 percent in 2018, and only 10 percent in 2018 in the United States — “which is particularly worrisome.” Piketty also finds that higher taxes on the wealthy prior to 1980 created both more equality and more wealth, whereas slashing taxes on the wealthy created both greater inequality and less “growth.”

Piketty, whose book is largely a catlogue of the lies used to excuse inequality, also finds that in countries like the United States, France, and the UK, during the period of relative equality, there was relative correlation in electoral politics of wealth, income, and education. Those with less of all three of those things tended to vote together for the same parties. That’s now gone. Some of the highest educated and highest income voters back the parties that claim to stand (ever so slightly) for greater equality (as well as less racism, and relative decency — shooting you in the leg instead of the heart, as Joe Biden might put it).

Piketty doesn’t think our focus should be on blaming working class racism or globalization. It’s not clear what blame he places on corruption — perhaps he sees it as a symptom of what he does blame, namely the failure of governments to maintain progressive taxation (and fair education, immigration, and ownership policies) in the era of global wealth. He does, however, see another problem as a symptom of these failures, and so do I, namely the problem of Trumpian fascism fueling racist violence as a distraction from organized class struggle for equality.