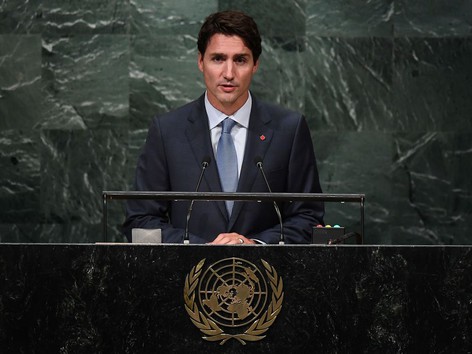 From The Province (Vancouver)

A Vancouver MP’s last-minute withdrawal from a recent webinar on Canada’s nuclear arms policy highlights Liberal hypocrisy. The government says it wants to rid the world of nuclear weapons but refuses to take a minimal step to protect humanity from the serious threat.

A month ago Liberal MP Hedy Fry agreed to participate in a webinar on “Why hasn’t Canada signed the UN Nuclear Ban Treaty?” The long-standing member of the Parliamentarians for Nuclear Non-proliferation and Disarmament group was to speak with MPs from the NDP, Bloc Québécois and Greens, as well as Hiroshima atomic bomb survivor Setsuko Thurlow, who co-accepted the 2017 Nobel Peace Prize on behalf of the International Campaign to Abolish Nuclear Weapons.

More than 50 organizations endorsed the webinar that took place Thursday. After the press was informed about an event seeking to press Canada to sign the Treaty on the Prohibition of Nuclear Weapons (TPNW), Fry said she couldn’t participate due to a scheduling conflict. Asked for a short video to play during the webinar Fry declined.

Fry’s withdrawal from the exchange of ideas captures the hypocrisy of the Liberals’ nuclear policy. They publicly express a desire to abolish these ghastly weapons but are unwilling to upset any source of power (the PMO in Fry’s case) and the military/Washington (in the PMO’s case) to achieve it.

Last month Global Affairs claimed “Canada unequivocally supports global nuclear disarmament” and two weeks ago a government official repeated their support for a “world free of nuclear weapons.” These statements were made in response to renewed focus on nuclear disarmament after the 50th country recently ratified the TPNW, which means the accord will soon become law for the nations that have ratified it. The treaty is designed to stigmatize and criminalize nukes in a similar fashion to the UN landmine treaty and Chemical Weapons Convention.

But the Trudeau government has been hostile to the initiative. Canada was one of 38 states to vote against — 123 voted in favour — holding the 2017 UN Conference to Negotiate a Legally Binding Instrument to Prohibit Nuclear Weapons, Leading Towards their Total Elimination. Trudeau also refused to send a representative to the TPNW negotiating meeting, which two-thirds of all countries attended. The PM went so far as to call the anti-nuclear initiative “useless” and since then his government has refused to join the 85 countries that have already signed the Treaty. At the UN General Assembly two weeks ago Canada voted against the 118 countries that reaffirmed their support for the TPNW.

In isolation the gap between the Liberals’ nuclear weapons pronouncements and actions is striking. But if one broadens the lens, the hypocrisy is substantially more astounding. The Trudeau government says its international affairs are driven by a belief in an “international rules-based order” and “feminist foreign policy” yet they refuse to sign a nuclear treaty that directly advances these stated principles.

The TPNW has been dubbed the “first feminist law on nuclear weapons” since it specifically recognizes the different ways in which nuclear weapons production and use disproportionately impacts women. Additionally, the TPNW strengthens the international rules-based order by making these immoral weapons also illegal under international law.

There’s a terrifying gap between what the Liberals say and do on weapons that continue to pose an existential threat to humanity.

Yves Engler is the author of nine books on Canadian foreign policy. His latest is House of Mirrors: Justin Trudeau’s Foreign Policy and is on World BEYOND War’s advisory board.