Snapshot: World BEYOND War Chapters Around the World

Ever wondered what World BEYOND War chapter coordinators actually do? Here’s a sneak peek of what they’re up to all over the world. 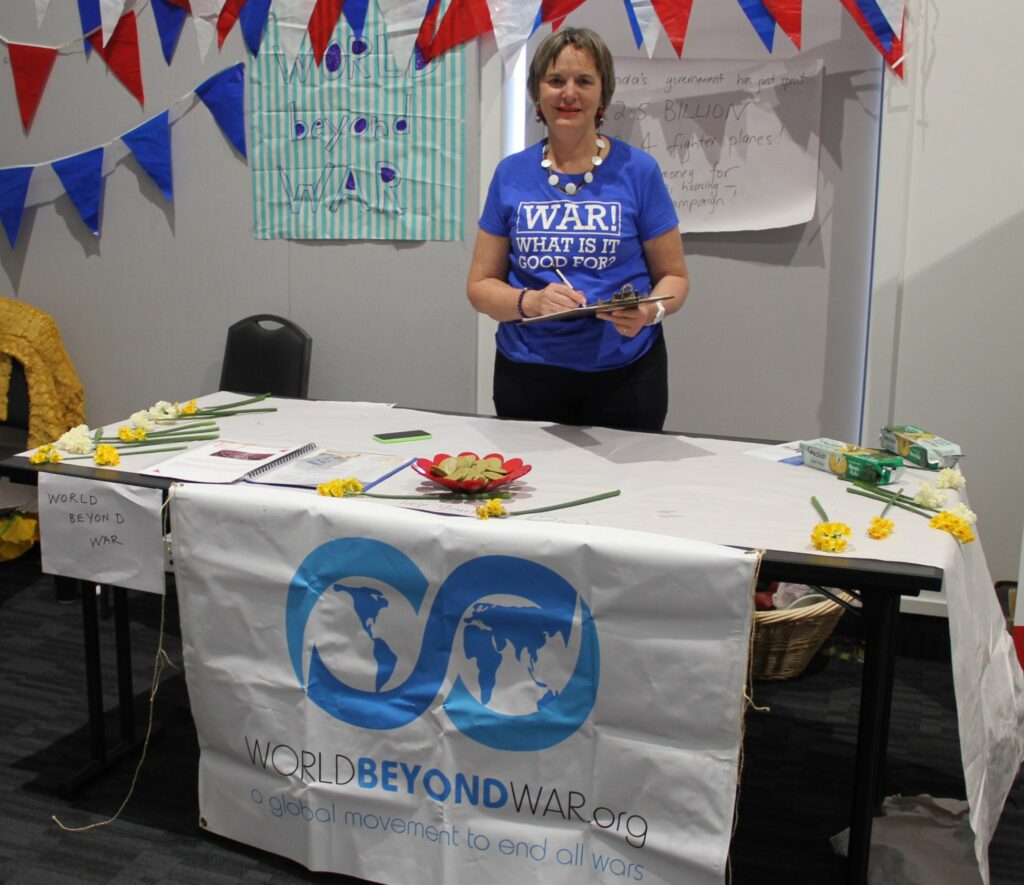 New Zealand Chapter Coordinator Liz Remmerswaal staffs the World BEYOND War booth at a peace fair (buy a WBW t-shirt like Liz’s and print out copies of the peace pledge to collect signatures). 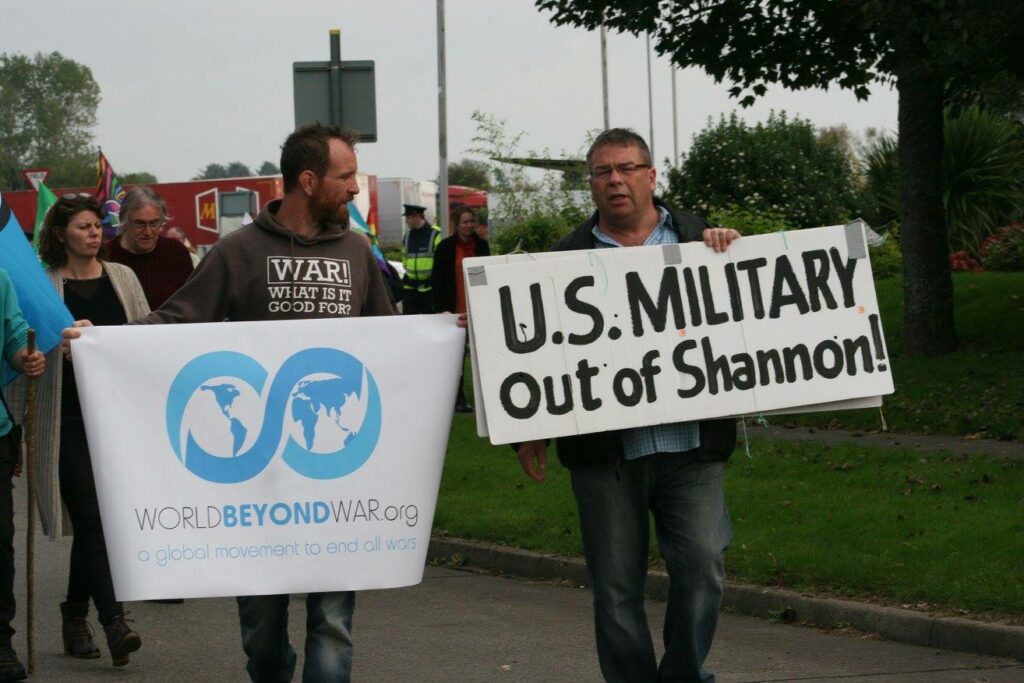 Ireland for a World BEYOND War rallies together to oppose the U.S. military’s use of Shannon Airport in Ireland. The chapter is hosting World BEYOND War’s 4th annual global conference this October 5-6 in Limerick. 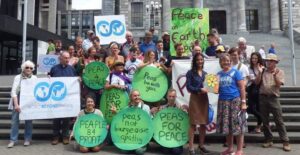 New Zealand/Aotearoa for a World BEYOND War rallies on the steps of Parliament after delivering hundreds of petition signatures opposing New Zealand’s multi-billion dollar plan to purchase 4 war planes. 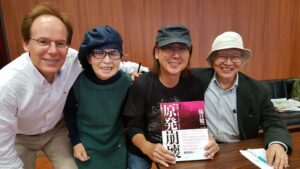 Japan for a World BEYOND War members snap a photo with renowned photojournalist Kenji Higuchi. In honor of the 100th anniversary of Armistice Day, the chapter hosted a special photography exhibit and lecture with Kenji Higuchi about his work exposing the Empire of Japan’s manufacturing of poison gas during the Second Sino-Japanese War (1931-1945). 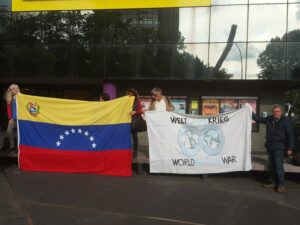 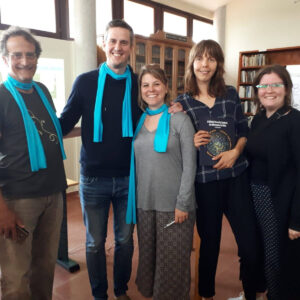 Asturias for a World BEYOND War (Spain) snaps a pic showing off their blue peace scarves and holding up their copy of WBW’s book, A Global Security System: An Alternative to War (abridged versions now available in Spanish, French, German, Japanese, and Serbo-Croatian). 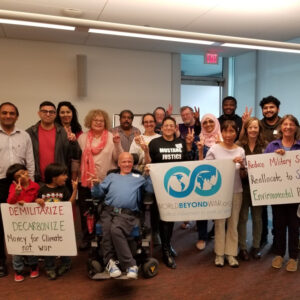 The Metro Vancouver chapter (Canada) poses for a picture with “Demilitarize Decarbonize” signs after a special event with guest speaker Tamara Lorincz about the environmental footprint of the war machine. 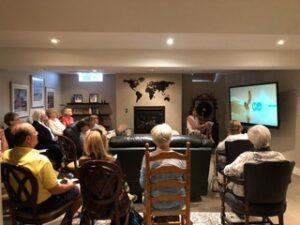 South Georgian Bay for a World BEYOND War holds their kick-off meeting in Collingwood (Canada). The chapter’s goals are to create a fun, informative atmosphere for learning, networking, and activism; encourage 700 residents of South Georgian Bay to sign the Peace Pledge; and create a joyful, inspiring, and informative concert for World Peace Day on September 21. 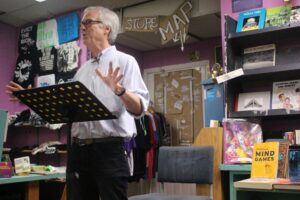 Philly for a World BEYOND War (Pennsylvania, USA) co-hosted a book talk event with author Roy Eidelson about the 1%’s political mind games. Following the talk, the group facilitated a discussion about the newly forming campaign to divest the city of Philly from weapons.

Greater Portland for a World BEYOND War (Oregon, USA) presents a spoken word performance about the chapter’s #iobject campaign to educate and allow public demonstration for conscientious objectors.

Inspired? Email me at greta@worldbeyondwar.org to get a chapter started in your town.