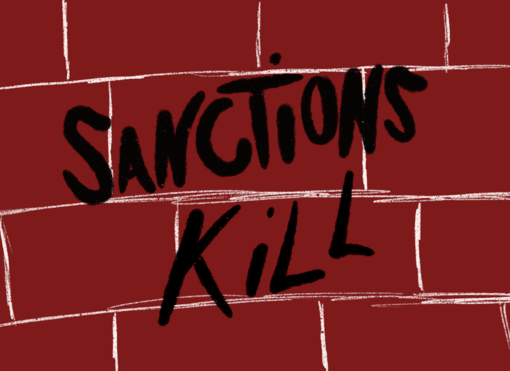 By Krishen Mehta, American Committee for U.S.-Russia Accord, May 4, 2021

Coming from a developing country, I have a somewhat different view of sanctions because it has enabled me to see the actions of the US from both a positive and a not so positive perspective.

First the positive: After India’s independence in 1947, a number of its institutions (including engineering Universities, Schools of medicine, and so on) had technical and financial support from the United States. This came in the form of direct aid, joint collaborations with institutions in the US, visiting scholars, and other exchanges. Growing up in India we saw this as a very positive reflection of America. The Institutes of Technology, where I had the privilege of receiving my engineering degree also graduated scholars such as Sundar Pichai, the current CEO of Microsoft, and Satya Nadella, the current CEO of Microsoft. The growth of Silicon Valley was in part due to these acts of generosity and goodwill that educated scholars in other countries. These scholars not only served their own countries but also went on to share their talent and their entrepreneurship here in the United States. It was a win-win for both sides, and represented the best of America.

Now for the not so positive: While some of our graduates came to work in the US, others went to work in various emerging economies such as Iraq, Iran, Syria, Indonesia, and other countries. My fellow graduates who went to those countries, and with whom I stayed in touch, saw a different side to American policy. Those who had helped build the infrastructure in Iraq and Syria, for example, saw it substantially destroyed by US actions. Water treatment plants, sanitation plants, irrigation canals, highways, hospitals, schools and colleges, which many of my peers had helped to build (working closely with Iraqi engineers) were turned into ruin. A number of my colleagues in the medical profession saw widespread humanitarian crisis as a result of the sanctions which had caused shortages of clean water, electricity, antibiotics, insulin, dental anesthetics, and other essential means of survival. They had the experience of seeing children dying in their arms due to lack of medicines to fight cholera, typhus, measles, and other illnesses. These same fellow graduates were witness to millions of people suffering unnecessarily as a result of our sanctions. It was not a win-win for either side, and did not represent the best of America.

What do we see around us today? The US has sanctions against over 30 countries, close to one-third of the world’s population. When the pandemic startedin early 2020, our Government tried to prevent Iran from buying respirator masks from overseas, and also thermal imaging equipment that could detect the virus in the lungs. We vetoed the $ 5 Billion emergency loan that Iran had requested from the IMF to buy equipment and vaccines from the foreignmarket. Venezuela  has a program called CLAP, which is a local food distribution program to six million families every two weeks or so, providing essential supplies such as food, medicine, wheat, rice, and other staples. The US has has been trying repeatedly to disrupt this important program as a way to hurt the government of Nicolas Maduro. With each family receiving these packets under the CLAP having four members, this program supports about 24 million families, out of a total population of 28 million in Venezuela. But our sanctions may make this program impossible to continue. Is this the US at its best? The Caesar Sanctions against Syria are causing a tremendous humanitarian crisis in that country. 80% of the population has now fallen below the poverty line as a result of the Sanctions. From a foreign policy perspective sanctions appear to be an important part of our tool-kit, irrespective of the humanitarian crisis that it causes. James Jeffreys, our senior diplomat there for many years, has said that the purpose of the sanctions is to turn Syria into a quagmire for Russia and Iran. But there is no recognition of the humanitarian crisis that has been caused for ordinary Syrian people. We occupy Syrian oil fields to prevent the country from having financial resources for its recovery, and we occupy its fertile agricultural land to prevent them from accessing food. Is this America at its best?

Let us turn to Russia. On April 15 the US announced sanctions against Russian Government Debt for so-called interference in the 2020 elections and for cyber attacks. Partly as a result of these sanctions, on April 27th, the Russian Central Bank announced that interest rates would increase from 4.5% to 5%. This is playing with fire. While the Russian Sovereign debt is only about $ 260 Billion, imagine if the situation was reversed. The US has its national debt close to $ 26 Trillion, of which over 30% is held by foreign countries. What if China, Japan, India, Brazil, Russia, and other countries refused to renew their debt or decided to sell? There could be massive rise in interest rates, bankruptcies, unemployment, and a dramatic weakening of the US dollar. The US economy could mirror a depression level economy if all countries pulled out. If we do not want this for ourselves, why do we want it for other countries? The US has had sanctions against Russia for a number of reasons, and many of them emanate from the Ukrainian conflict in 2014. The Russian economy is only about 8% of the US economy, at $ 1.7 Trillion compared to our $ 21 Trillion economy, and yet we want to hurt them further. Russia has three main sources of revenue, and we have sanctions on all of them: their oil and gas sector, their arms export industry, and the financial sector that keeps the economy going. The opportunity that young people have to start businesses, to borrow money, to take risks, is tied in part to their financial sector and now even that is under massive strain due to sanctions. Is this truly what the American people want?

There are a few fundamental reasons why our entire sanctions policy needs to be reconsidered. These are:  1) Sanctions have become a way to have ‘foreign policy on the cheap’ without domestic consequence, and allowed this ‘act of war’ to replace diplomacy, 2) Sanctions could be said to be even WORSE than war, because at least in war there are certain protocols or conventions on harming civilian populations. Under the regime of Sanctions, civilian populations are harmed constantly, and many measure are in fact directly targeted against civilians, 3) Sanctions are a way of kneecapping countries that challenge our power, our hegemony, our unipolar view of the world, 4) Since sanctions do not have a timeline, these ‘acts of war’ can continue for a long time without any challenge to the Administration or to Congress. They become part of our Forever Wars. 5) The American public falls for Sanctions every time, because they are packaged under the guise of human rights, representing the superiority of our morality over others. The public does not really understand the devastating harm that our Sanctions do, and such dialogue has generally been kept out of our mainstream media. 6) As a result of sanctions, we run the risk of alienating the young people in the countries concerned, because their lives and their future is compromised as a result of the sanctions. These people can be partners with us for a more peaceful and amicable future, and we cannot afford to lose their friendship, their support, and their respect.

I would therefore posit that it is time for our policy of sanctions to be evaluated by Congress and the Administration, for there to be more public dialogue about them, and for us to go back to diplomacy rather than continuing these ‘Forever Wars’ through sanctions which are simply a form of economic warfare. I also reflect on how far we have come from building schools and universities abroad, sending our young men and women as members of the peace corps, to the current state of 800 military bases in 70 countries and sanctions on almost a third of the world’s population. Sanctions do not represent the best that the American people have to offer, and they do not represent the inherent generosity and compassion of the American people. For these reasons, the sanction regime needs to end and the time for it is now.

Krishen Mehta is a member of the Board of ACURA (American Committee for US Russia Accord). He is a former partner at PwC and currently is a Senior Global Justice Fellow at Yale University.