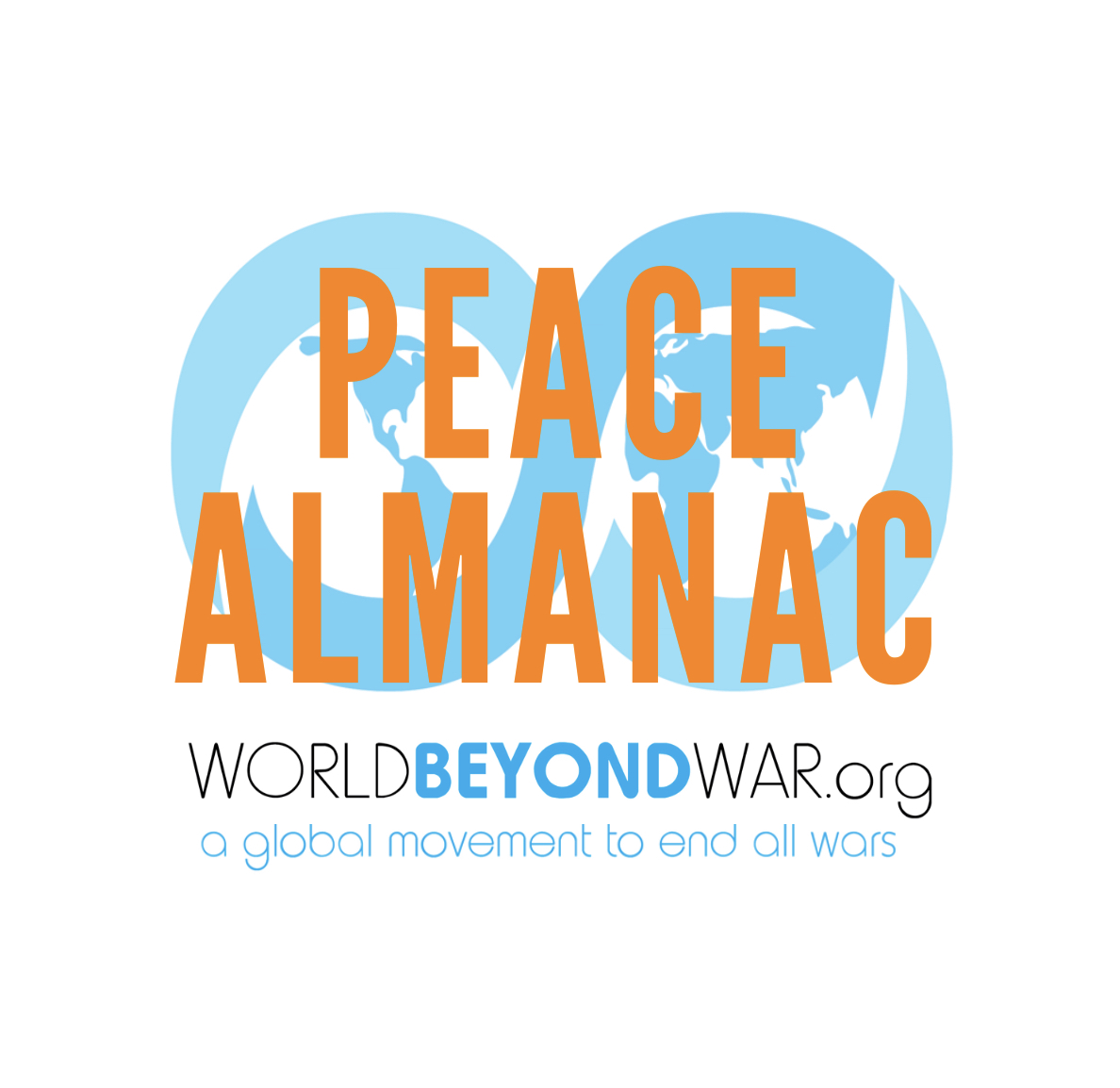 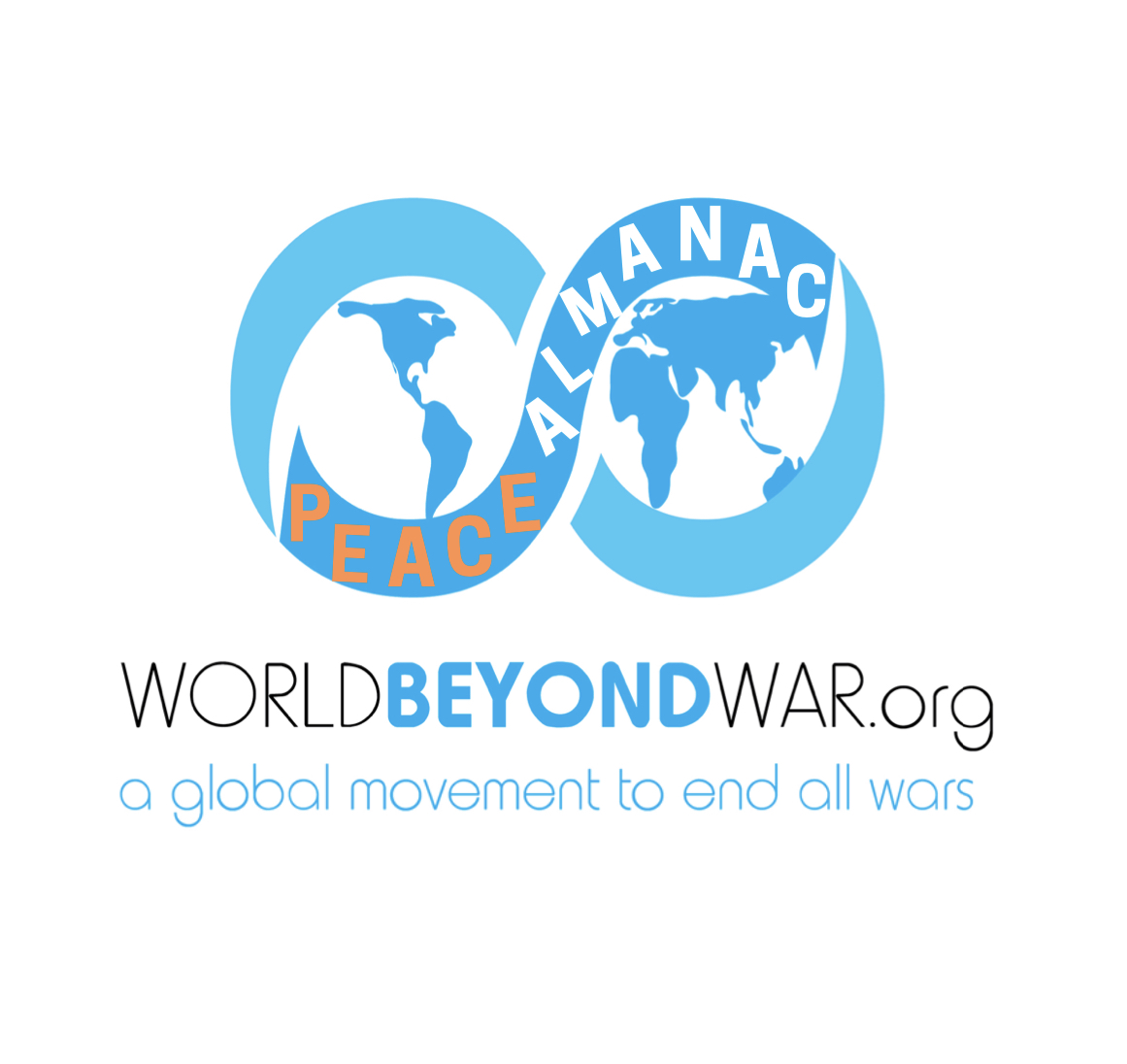 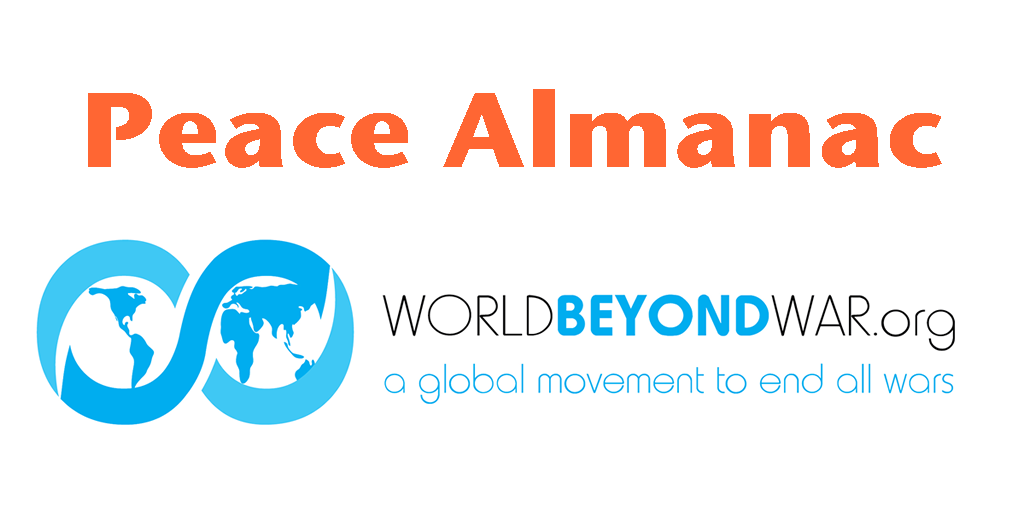 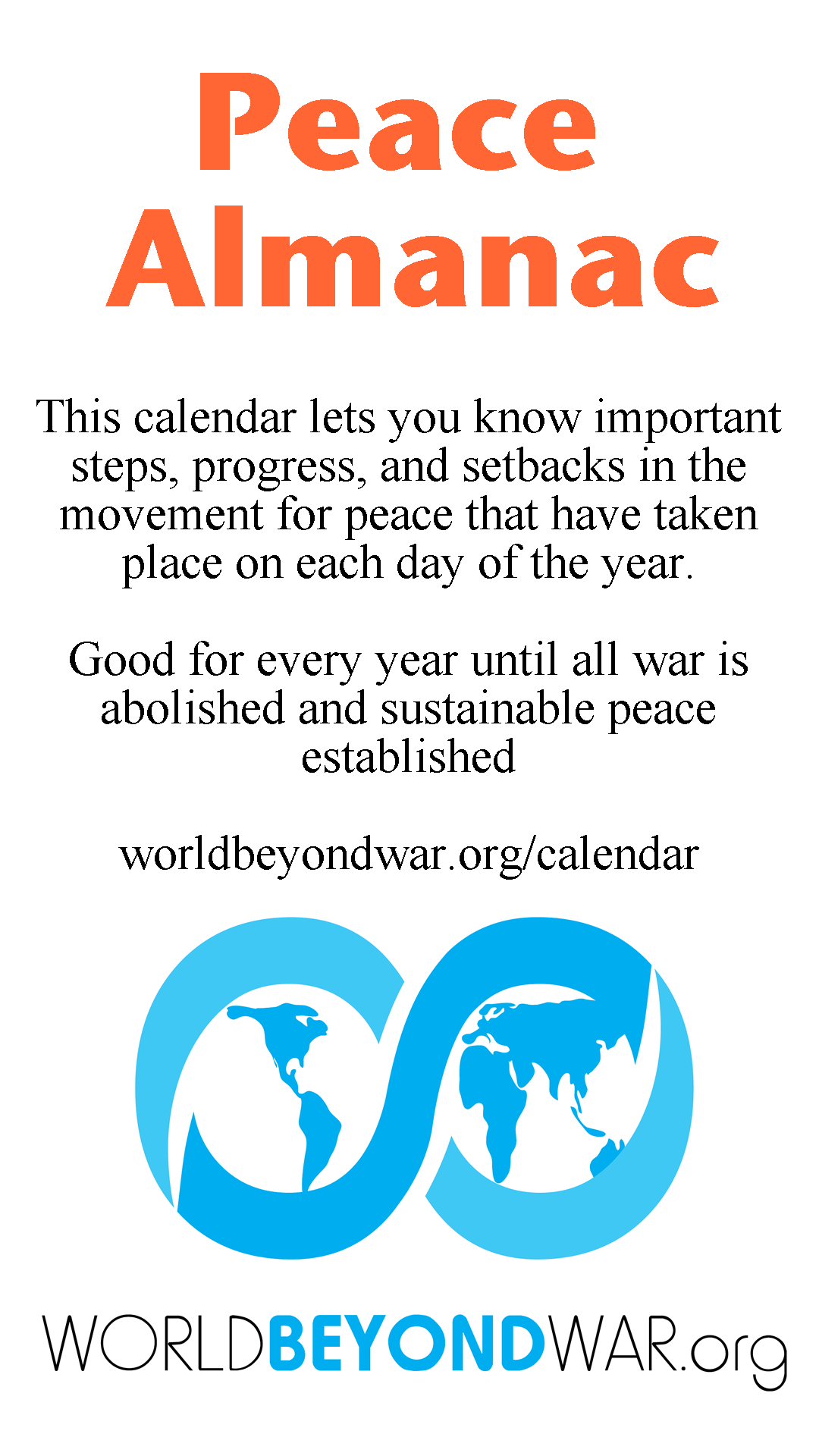 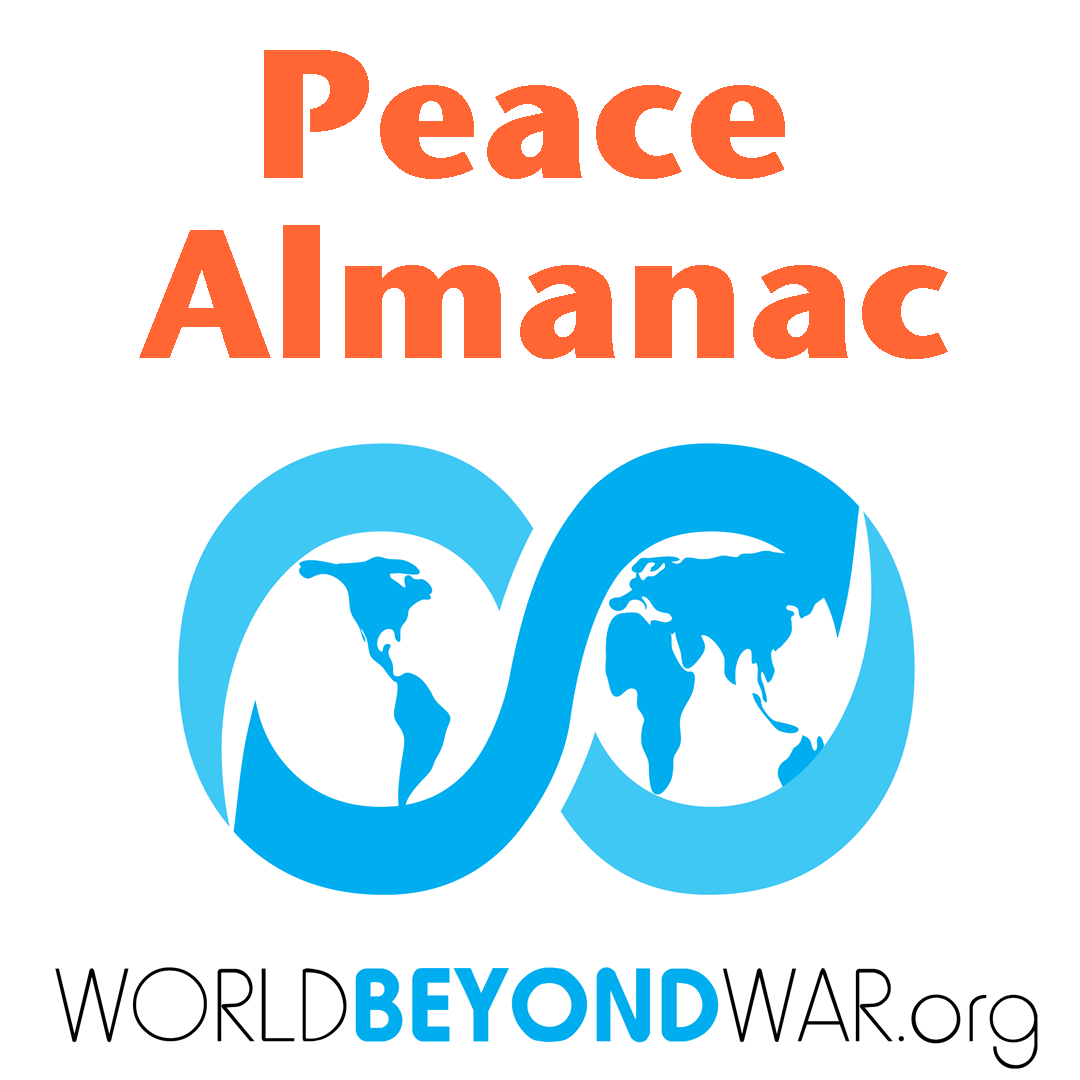 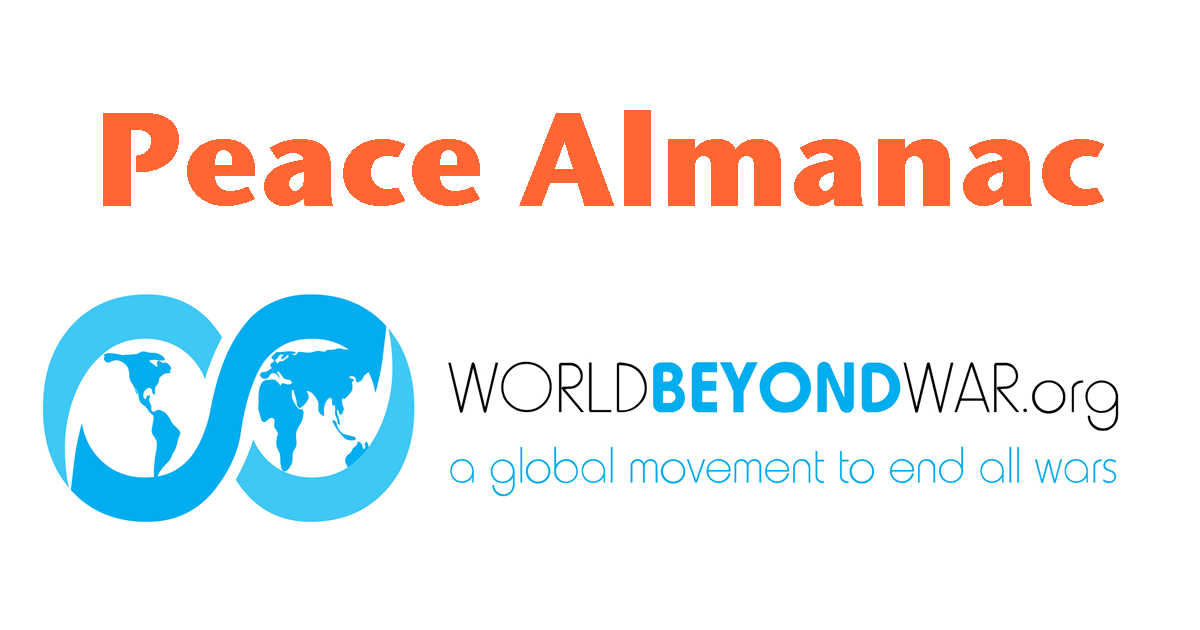 This Peace Almanac lets you know important steps, progress, and setbacks in the movement for peace that have taken place on each day of the year.

Buy the print edition, or the PDF.

Go to the audio files.

Go to the text.

Go to the graphics.

This Peace Almanac should remain good for every year until all war is abolished and sustainable peace established. Profits from sales of the print and PDF versions fund the work of World BEYOND War.

Music used by permission from “The End of War,” by Eric Colville.

World BEYOND War is a global nonviolent movement to end war and establish a just and sustainable peace. We aim to create awareness of popular support for ending war and to further develop that support. We work to advance the idea of not just preventing any particular war but abolishing the entire institution. We strive to replace a culture of war with one of peace in which nonviolent means of conflict resolution take the place of bloodshed.