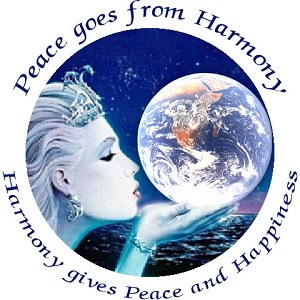 I enjoyed very much that you became a peacemaker, when you in your campaign speech on foreign policy of April 27, 2016, promised to end President Obama’s aggressive geopolitics, and to make our goal – peace and prosperity, not war and destruction, and to make America great again through global peace, and not through war. Here you have formulated the Global Peace Paradigm for the United States, in which I see a deep religious, and even Christian meaning. You have formulated this Paradigm at a time, when the Dooms Clock in New York has once more moved several degrees toward Midnight.

I am a scholar, who has devoted his life to the comparative study of religions, particularly their ability to promote harmony and peace, as formulated and expressed especially in the Sermon on the Mount, including the Golden Rule. The latter is recognized by almost all living world religions. It has been translated into the widely accepted secular ethics of the categorical imperative and of the a priori unlimited communication community. Your Global Peace Paradigm is built on this Golden Rule. Thus, it carries in itself the religious and Christian meaning of love and nonviolence, inspiring all faithful and reasonable people. You and President Putin have both confessed publicly, that you are not only modern enlightened people, but also believers, and even Christians, if also in different Christian paradigms.

I have founded a Center for Humanistic Future Studies at Western Michigan University, with a strong peace component, out of which developed an international course on The Future of Religion at the IUC in Dubrovnik, Croatia, which has lasted now for over 40 years, and an international sister course about Religion in Civil Society in Yalta, Crimea, which is supported by American as well as by the Crimean Universities, and which has now lasted for 14 years. Scholars from all over the world have met in both courses every year in order to work for peace. Unfortunately, we were unable to meet in the past year in Yalta, because of President Obama’s United States Executive Order 13685, and other sanctions, which are harmful not only for Russia, but also for America, and for the development of mutual scientific and cultural cooperation.  We are looking very much foreward to your cancellation of these sanctions, which will allow us to resume again our international course in Yalta, in the service of peace.  For more than 40 years, I have travelled between the American and the Slavic Worlds, in order to promote friendship and peaceful cooperation between them. Please, see my biography: http://www.rudolfjsiebert.org/.

In our Center for Humanistic Future Studies, and its branches in Dubrovnik and Yalta, we have created a critical theory of religion in the past 50 years, which asserts that there can not be any peace among nations without peace among religions; no peace among religions without discourse among them; and no dialogue among the religions without foundation research in them (Hans Küng). Our dialectical religiology understands itself as practical discourse: as future-oriented remembrance of human suffering, particularly through war, with the practical intent, to diminish it through helping to reconcile the dissonance between the sacred and the profane dimension, and in the religious and secular spheres, and thus to resolve some of the consequent, most painful culture wars, at home and abroad. The critical theory of religion aims, with the help of the great world religions and world philosophies, particularly Kant, Hegel, Tolstoy, Gandhi, Einstein, King, Kalam, and many Nobel Peace Laureates, at the post-modern alternative of Future III – a free and peaceful society, characterized by the reconciliation of the religious and the secular, as well as of personal autonomy and universal solidarity, instead of Future I – a totally administered society, or Future II – and entirely militaristic society. Secular people know, that there is something missing in modern civil society. Religious people have to find new translators for their message of redemption, and liberation, and peace. Please, see our books, in which our critical theory of religion has been developed, on my website: http://www.rudolfjsiebert.org/.

More than 11 years ago, I became a member of the international peacemaking organization Global Harmony Association (GHA: http://peacefromharmony.org). It brings together thousands of individual and collective members from over 60 countries, and has a prominent place in the global civil society. The GHA has published 8 books, and has created more than 50 projects of global peace for 12 years (http://peacefromharmony.org/?cat=en_c&key=472). The GHA has created a Global Peace Science (GPS) with the help of 174 co-authors, including the President of India, Abdul Kalam, three Nobel Peace Prize Laureates, and dozens of distinguished scientists and peacemakers from 34 countries, including 59 of them, coming from the US (http://peacefromharmony.org/docs/global-peace-science-2016.pdf). A book about this Global Peace Science is attached.

As GHA nominated Ambassador of Peace and Disarmament, on the basis of the Sermon on the Mount, including the Golden Rule, I would like to submit the following proposals and invitations to you, in the name of all of us:

1. In your speech on April 27, 2016, you promised to seek a new vision, new minds, voices, ideas and approaches to peace. Could you make practical use of these resources by inviting GHA to cooperate?

2. For the purpose of convergence of the peace positions of the Presidents of the two nuclear superpowers, GHA invites you and President Putin to take part in the republication of the book on the Global Peace Science, ​​including articles on your own vision of a global peace paradigm and its geopolitics, in the historical perspective of the 21st century, which you can today offer to your nations, and the entire world. This will immortalize your names as the founders of peace science together with the names of Kant, Hegel, Tolstoy, Gandhi, King, Kalam, and several Nobel Peace Laureates, and will open the common ground for peace negotiations between the American and the Slavic Worlds. Here the Global Peace Paradigm contained in our critical theory of religion can be particularly helpful.

3. A logical extension of the Global Peace Science would be a joint establishment of a small, but nevertheless effective International Institute/Academy of Global Peace in the United States and in Russia, in order to find collective answers to increasing challenges, and for the sake of peace of all humanity. Only you and President Putin together can constitute this science through its support, use and participation in its development. Only you and President Putin are able to give  practical life  to the Global Peace Science in the world politics and culture. Hardly anything else can strengthen and lift up your and President Putin’s world prestige, as well as the good reputation of your  countries respectively. This Global Peace Institute would be an intellectual as well as  spiritual bridge between the two countries, which will show to all the world that you can build not only walls, but also bridges. Pope Francis I has defined being Christian as being able to build bridges: to break through the many ingroup – outgroup barriers.

4. You, together with President Putin, could offer the Global Peace Science, developed with your participation, to the educational systems of the American and the Slavic worlds, in order to increase the level of peaceful consciousness in their populations. Your presidential narratives in the Global Peace Science would be able, to pull the consciousness of the world media away from militarism, fakes and military terminology in all areas (Putin), and from defining politics as the identification of the enemy (Carl Schmitt, Hitler’s jurist and political theologian), and toward defining it as the art to make friends, and toward a way of peaceful thinking, in order to provide a common goal – peace and prosperity, not war and destruction (Trump).

5. A joint development of the Global Peace Science could be the best convergence of President Putin’s and President Trump’s global peace paradigms, and their common sense (Trump) in nuclear disarmament up to nuclear zero as soon as possible. It will allow both of you together to make this century the most peaceful and prosperous the world has ever known (Trump), and spread the peace ideal of humanity (Putin).

6. The joint Global Peace Science could become a common philosophical and scientific foundation for the creation of   Peace Departments in the Governments (Ministry of Foreign Affairs, and the Department of State) of the two world powers, about which the best minds of Russia and America have dreamed and thought. Global Peace Science, global peace education, and governmental Peace Departments as the soft-power resources (Putin) could fulfill the hope of Mahatma Gandhi and of Martin Luther King Jr.: We must shift the arms race into a peace race.

You and President Putin are pragmatists in the best sense of the word, and both of you are the peacemakers, who can make use of the proposed soft-power resources, in your quest to find a new vision, new minds, ideas and approaches (Trump) for your common peace geopolitics.

Certainly, the GHA, and the majority of peace organizations in the USA, and in the world, are happy to support your historically important paradigm of global peace, which you have presented on April 27, 2016 in your election campaign speech. It was presented in comparison with President Putin’s peace paradigm in our published article Putin-Trump: Two Paradigms of Global Peace: http://peacefromharmony.org/?cat=en_c&key=735 (in attachment).

Our deep concern is to ensure, that your peace program is not only a pre-election promise, that is easily forgotten, but that it will find its development and validation in a radical change of the US relations with Russia, which recently have reached a very dangerous point in the nuclear standoff. We would like to believe and to hope, that your peaceful program will be implemented as promised: We shall seek common ground, based on shared interests. Theory must turn over into praxis, without neglecting theory!

We are convinced that the Global Peace Science and its philosophy will be the best scientific and spiritual basis for shared interests and for a whole complex of peacemaking cooperation between the American World and the Slavic World, Eurasia, concerning, e.g. terrorism, or environmental issues, or epidemics,  etc., but  mainly and particularly  nuclear disarmament/zero, and a common  Summit, to address this global and  most dangerous challenge for all nations,  and  not just for the USA and Russia. Please, see our project: Russia and the USA Peaceful Cooperation Instead of the Insanity of Nuclear War: “RUSAP” by 42 peacemakers, including three Nobel Peace Laureates from 21 countries: http://peacefromharmony.org/?cat=en_c&key=710 (in attachment).

Our proposals include not only the creation of a Peace Department in the USA and in the Russian Federation, but also the development of an Earth Constitution, as a renewed international law, ensuring global peace. Both projects are formulated in a Pragmatics page at the end of our article Trump: Peacemaking Revolution of the USA Aggressive Geopolitics by 20 coauthors from 11 countries: http://peacefromharmony.org/?cat=en_c&key=685 (in attachment).

We very much hope for your attention to the peace proposals contained in the Global Peace Science, which were carried on for decades in theory, but were ignored in praxis by the past Administrations, neglecting peace problems. These proposals are extremely important for the development, and successful realization of your global peace paradigm. With your Administration, the time has come to move from peace talk to peace action.

Thank you for your consideration.

I am, with my best wishes, for you and your administration