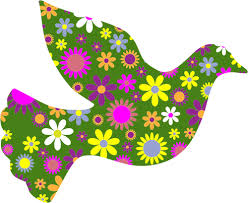 By Another Europe Is Possible, anothereurope.org, February 12,2022

In response to the growing threat of a new war in Ukraine an international movement for peace and human rights is forming. In collaboration with European Alternatives and the Washington-based Foreign Policy in Focus we are pleased to host this international appeal to recover the spirit of the Helsinki Accords.

Another war in Europe no longer seems improbable or unlikely. For some people of the continent, it has been a reality already in Ukraine, in Georgia, in Nagorno Karabakh and on the Turkish-Syrian border. So are the military build ups and threats of full scale warfare.

European security architecture, set up after World War II and then in the Helsinki agreements, has proven outdated and is facing its most serious challenge in decades.

We, civic activists from states that are signatories to the European Convention on Human Rights, members of the Council of Europe or participating in the OSCE note the urgent need to prevent war in Europe.

We believe that the connection between peace, progress and human rights is inextricable. A strong and free civil society, rule of law and real guarantees for the protection of human rights are key elements of comprehensive security within larger Europe, yet coordinated and purposeful suppression of civil society institutions in a number of countries as a theme is sidelined to the margins of international relations. Authoritarian contagion, as seen in Russia, Turkey, Belarus, Azerbaijan, Poland, Hungary, and in the Brexit and Trump phenomena, is associated with international conflict, social injustice, discrimination and division. It is a threat just as dangerous as the COVID-19 pandemic or climate change.

We are convinced those common challenges should be addressed through international dialogue of which civil society is an integral part. Such international dialogue should include three key pillars that defined Helsinki agreements: (1) security, disarmament and territorial integrity; (2) economic, social, health and environmental co-operation; (3) human rights and the rule of law.

We call upon the goodwill of states to pursue that dialogue and underline our commitment to assist those efforts.

We believe that a joint international civic movement with an anti-war and pro-human rights stance is a necessity and commit ourselves to pursue its formation throughout Europe.