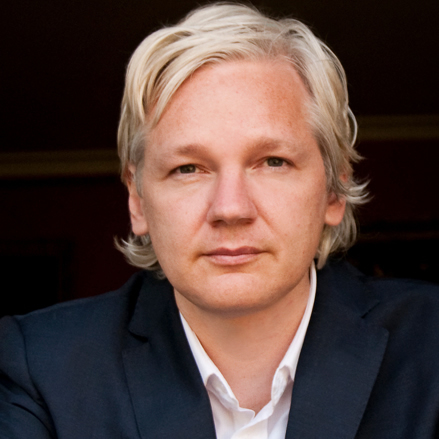 In her letter to the Nobel Peace Committee, Ms. Maguire said:

“Julian Assange and his colleagues in Wikileaks have shown on numerous occasions that they are one of the last outlets of true democracy and their work for our freedom and speech. Their work for true peace by making public our governments’ actions at home and abroad has enlightened us to their atrocities carried out in the name of so-called democracy around the world. This included footage of inhumanity carried out by NATO/Military, the release of email correspondence revealing the plotting of regime change in Eastern Middle countries, and the parts our elected officials paid in deceiving the public.  This is a huge step in our work for disarmament and nonviolence worldwide.

“Julian Assange, fearing deportation to the U.S. to stand trial for treason, sought out asylum in the Ecuadorien Embassy in 2012. Selflessly, he continues his work from here increasing the risk of his prosecution by the American Government. In recent months the U.S. has increased pressure on the Ecuadorian Government to take away his last liberties. He is now prevented from having visitors, receiving telephone calls, or other electronic communications, hereby removing his basic human rights. This has put a great strain on Julian’s mental and physical health. It is our duty as citizens to protect Julian’s human rights and freedom of speech as he has fought for ours on a global stage.

“It is my great fear that Julian, who is an innocent man, will be deported to the U.S. where he will face unjustified imprisonment. We have seen this happen to Chelsea (Bradley) Manning who allegedly supplied Wikileaks with sensitive information from NATO/US Middle Eastern Wars and subsequently spent multiple years in solitary confinement in an American prison.   If the US succeeds in their plan to extradite Julian Assange to US to face a Grand Jury, this will silence journalists and whistle-blowers around the world, in fear of dire repercussions.

“Julian Assange meets all criteria for the Nobel Peace Prize.   Through his release of hidden information to the public we are no longer naïve to the atrocities of war, we are no longer oblivious to the connections between big Business, the acquisition of resources, and the spoils of war.

“As his human rights and freedom are in jeopardy the Nobel Peace Prize would afford Julian much greater protection from Government forces.

“Over the years there have been controversies over the Nobel Peace Prize and some of those to whom it has been awarded. Sadly, I believe it has moved from its original intentions and meaning. It was Alfred Nobel’s will that the prize would support and protect individuals at threat from Government forces in their fight for nonviolence and peace, by bringing awareness to their precarious situations. Through awarding Julian Assange the Nobel Peace Prize, he and others like him, will receive the protection they truly deserve.

“It is my hope that by this we can rediscover the true definition of the Nobel Peace Prize.

“I also call on all people to bring awareness to Julian’s situation and support him in his struggle for basic human rights, freedom of speech, and peace.”

Lay down your arms (www.nobelwill.org) [1]

“If weapons had been the solution we would have had peace long ago.”

Simple logic is valid; the world is heading in the wrong direction, not to peace, not to security. Nobel saw this when in 1895 he established his peace prize for global abolition of military forces – and entrusted Norway´s Parliament with appointing a committee to select the winners. For decades any good person or cause has had a chance to win, the Nobel Peace Prize was a lottery, disconnected from Nobel´s purpose. The decay culminated last year when Parliament rejected a proposal to make loyalty to Nobel´s peace idea a condition for being eligible to the Nobel committee; this proposal got only two votes (of 169).

Fortunately, the Norwegian Nobel Committee is finally responding to years of criticism and political pressure from Nobel Peace Prize Watch. It now frequently cites Alfred Nobel, his testament, and his antimilitarist vision. The prize for ICAN in 2017 promoted nuclear disarmament. The 2018 prize for Mukwege and Murad condemned sexual assault as a cruel and unacceptable weapon (but still not decrying weapons and the institution of war itself).

You too can support global peace if you have a qualified candidate to bring forward. Parliamentarians and professors (in certain fields) anywhere in the world belongs to the groups entitled to make Nobel nominations. If you do not have nomination rights you may ask someone who has to nominate a candidate within Nobel´s idea of peace by co-operation to reform the norms of international conduct, demilitarization, a collective security system.

Nobel Peace Prize Watch is assisting by nominating qualified candidates and helping the Nobel Committee (reticently) refocus on winners that meet Nobel´s intention, to support contemporary ideas of “creating the brotherhood of nations”, a global co-operation on the abolition of arms and military forces. For examples illustrating who are the worthy winners in today´s world, see our screened list at nobelwill.org, (“Candidates 2018”). Like Nobel we see global disarmament as the road to prosperity and security for everyone on the planet.

The Nobel idea of peace today looks unrealistic and strange to many. Few seem able to imagine, and much less to dream of, a world without arms and militarism, and yet it still is the task – as a binding legal obligation – of the Norwegian awarders to try to raise support for Nobel´s idea of a new, co-operative global system. In the age of the atomic bomb time seems overripe to seriously consider Nobel´s idea of co-operation on global disarmament. (/2 …)

Practical: The nomination letter must be sent by January 31 each year to: the Norwegian Nobel Committee postmaster@nobel.no, by someone qualified to nominate (parliamentarians, professors in certain fields, earlier laureates etc.). We urge you to share a copy of your nomination for evaluation (send COPY to: nominations@nobelwill.org). The betrayal of Nobel´s testament has been hidden behind strict secrecy rules. Nobel Peace Prize Watch, believing transparency will help keep the committee straight, has, since 2015, published all known nominations we deemed in compliance with the testament on http://nobelwill.org/index.html?tab=8.