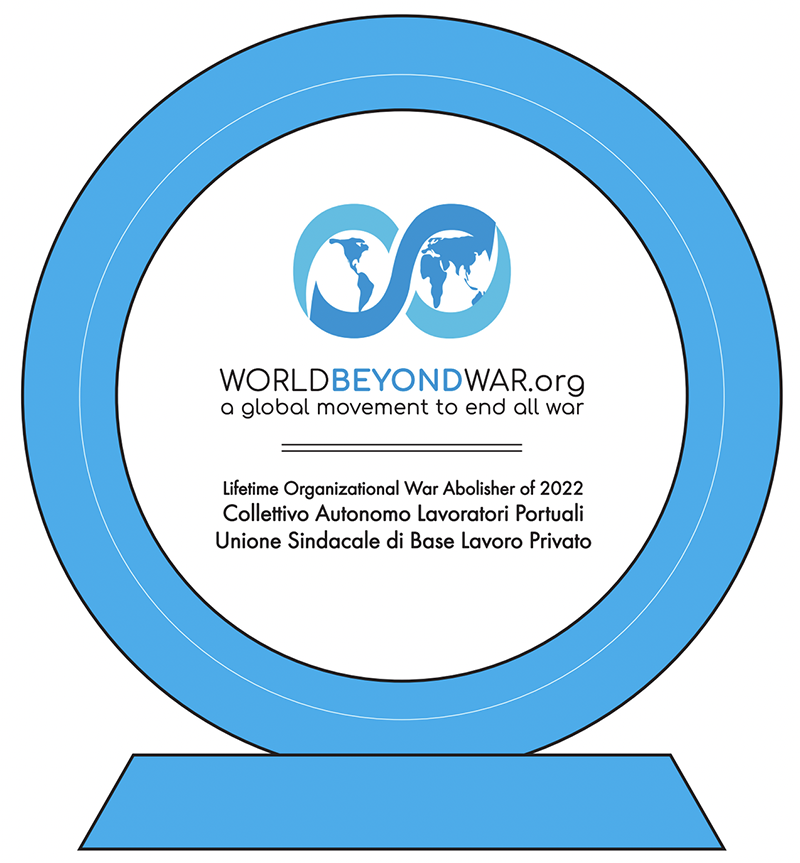 The Lifetime Organizational War Abolisher Award of 2022 will be presented to Collettivo Autonomo Lavoratori Portuali (CALP) and Unione Sindacale di Base Lavoro Privato (USB) in recognition of the blocking of weapons shipments by Italian dock workers, who have blocked shipments to a number of wars in recent years.

The War Abolisher Awards, now in their second year, are created by World BEYOND War, a global organization that will be presenting four awards at an online ceremony on September 5 to organizations and individuals from the U.S., Italy, England, and New Zealand.

An online presentation and acceptance event, with remarks from representatives of all four 2022 award recipients will take place on September 5 at 8 a.m. in Honolulu, 11 a.m. in Seattle, 1 p.m. in Mexico City, 2 p.m. in New York, 7 p.m. in London, 8 p.m. in Rome, 9 p.m. in Moscow, 10:30 p.m. in Tehran, and 6 a.m. the next morning (September 6) in Auckland. The event is open to the public and will include interpretation into Italian and English.

CALP was formed by about 25 workers in the Port of Genoa in 2011 as part of the labor union USB. Since 2019, it has been working on closing Italian ports to weapons shipments, and for much of the past year it has been organizing plans for an international strike against weapons shipments at ports around the world.

In 2019, CALP workers refused to allow a ship to depart Genoa with weapons bound for Saudi Arabia and its war on Yemen.

In 2020 they blocked a ship carrying weapons meant for the war in Syria.

In 2021 CALP communicated with USB workers in Livorno to block a weapons shipment to Israel for its assaults on the people of Gaza.

In 2022 USB workers in Pisa blocked weapons meant for the war in Ukraine.

For CALP this is a moral issue. They have said that they do not wish to be accomplices to massacres. They have been praised by and invited to speak by the current Pope.

They have also advanced the cause as a safety issue, arguing to port authorities that it is dangerous to be allowing ships full of weapons, including unknown weapons, into ports in the centers of cities.

They have also argued that this is a legal matter. Not only are the dangerous contents of weapons shipments not identified as other dangerous materials are required to be, but it is illegal to ship weapons to wars under Italian Law 185, Article 6, of 1990, and a violation of the Italian Constitution, Article 11.

Ironically, when CALP began arguing for the illegality of weapons shipments, the police in Genoa showed up to search their office and their spokesperson’s home.

CALP has built alliances with other workers and included the public and celebrities in its actions. The dock workers have collaborated with student groups and peace groups of all types. They have taken their legal case to the European Parliament. And they have organized international conferences to build toward a global strike against arms shipments.

This small group of workers in one port is making a huge difference in Genoa, in Italy, and in the world. World BEYOND War is excited to honor them and encourages everyone to hear their story, and ask them questions, on September 5.

Accepting the award and speaking for CALP and USB on September 5 will be CALP Spokesperson Josè Nivoi. Nivoi was born in Genoa in 1985, has worked in the port for about 15 years, has been active with unions about 9 years, and has worked for the union fulltime for about 2 years. 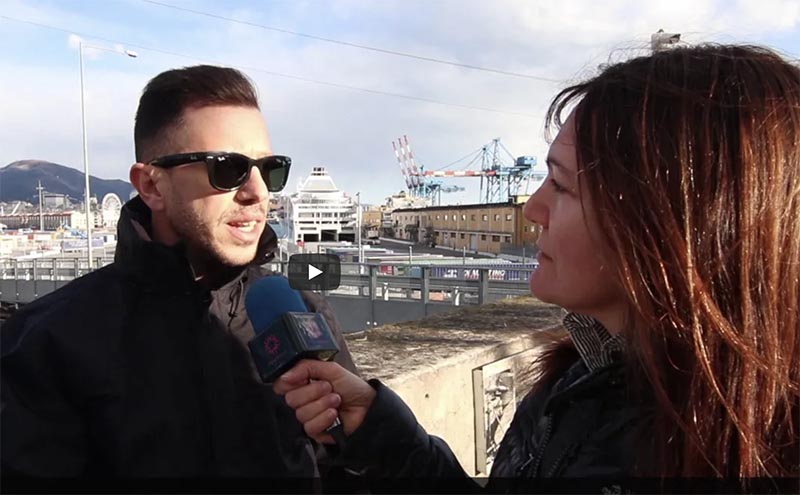 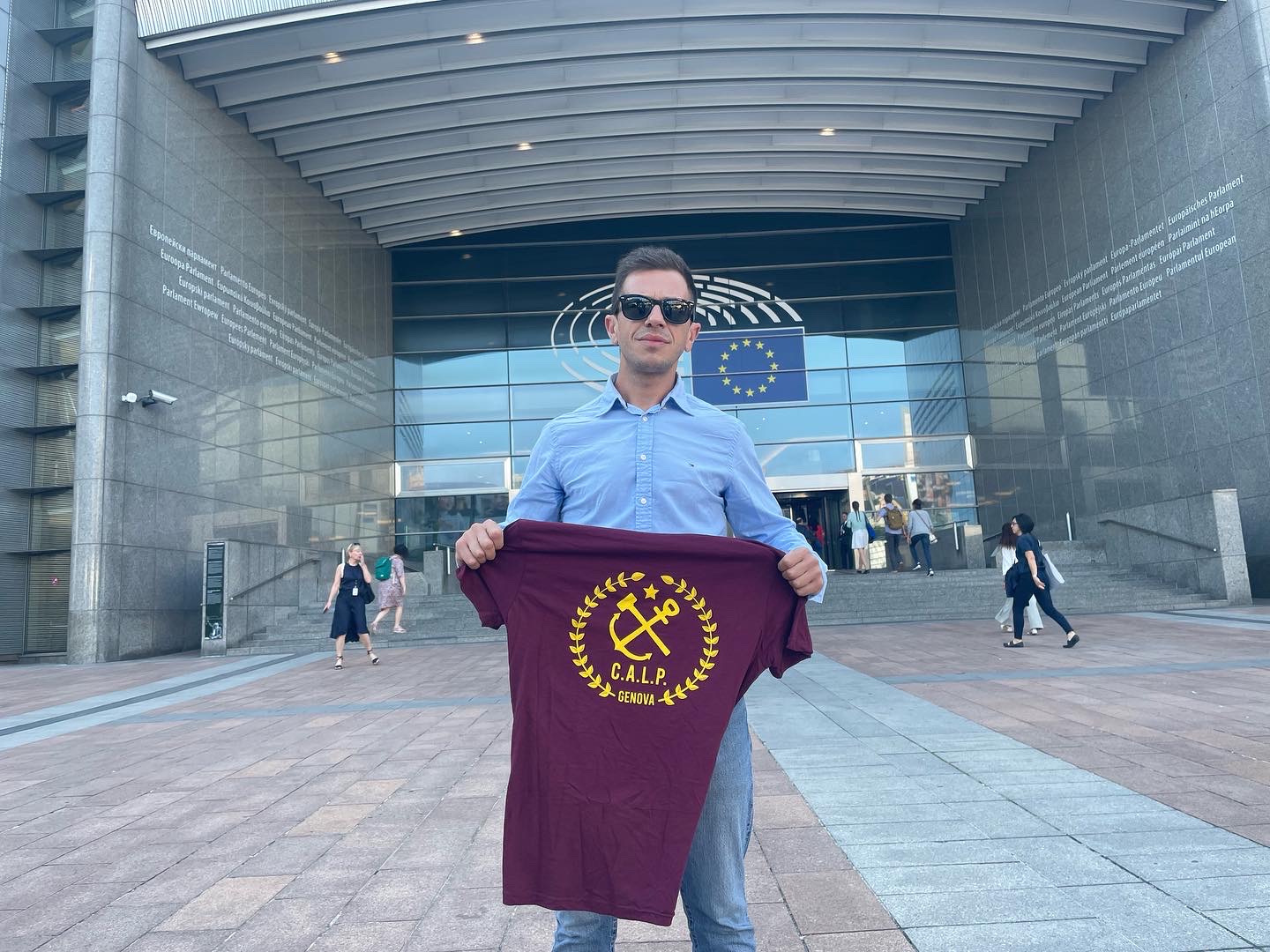 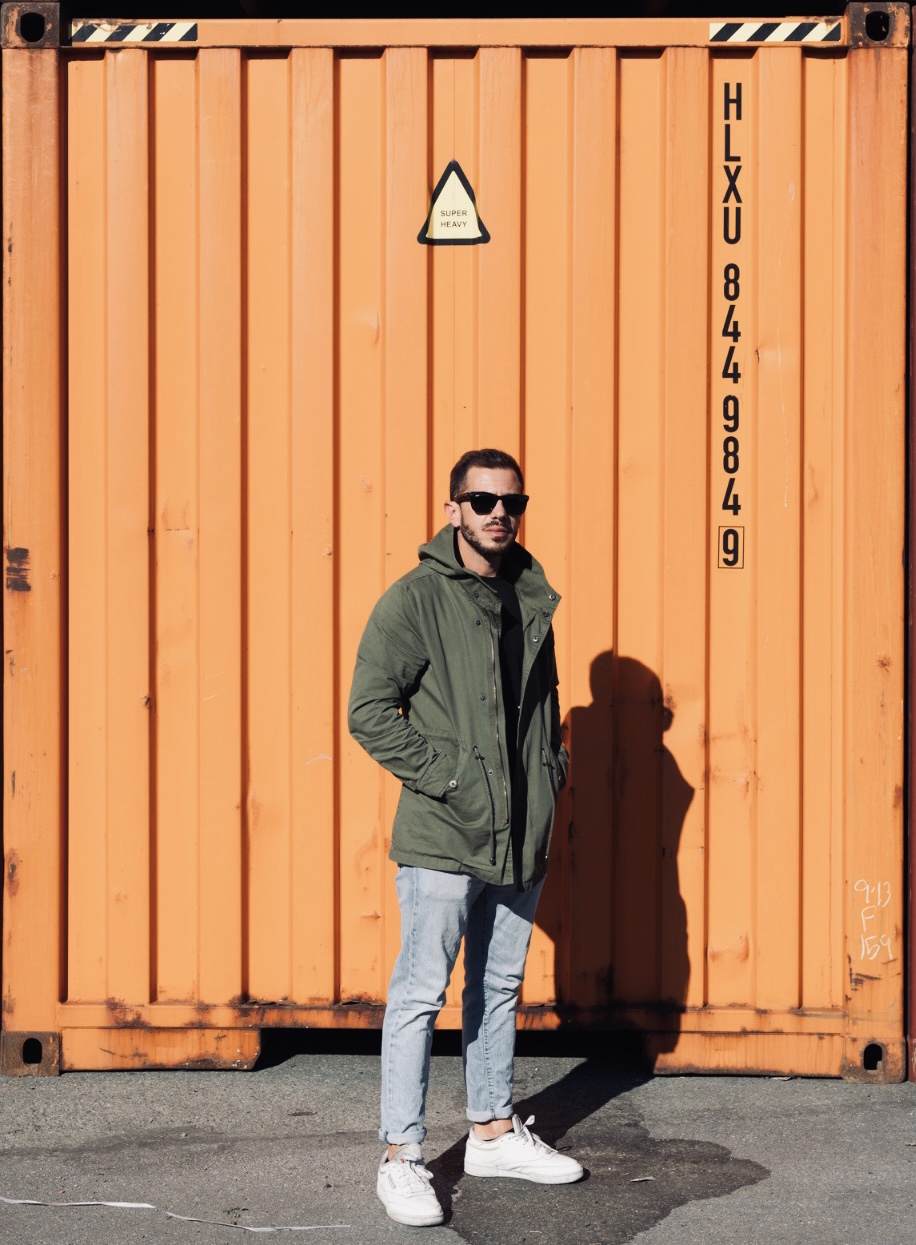 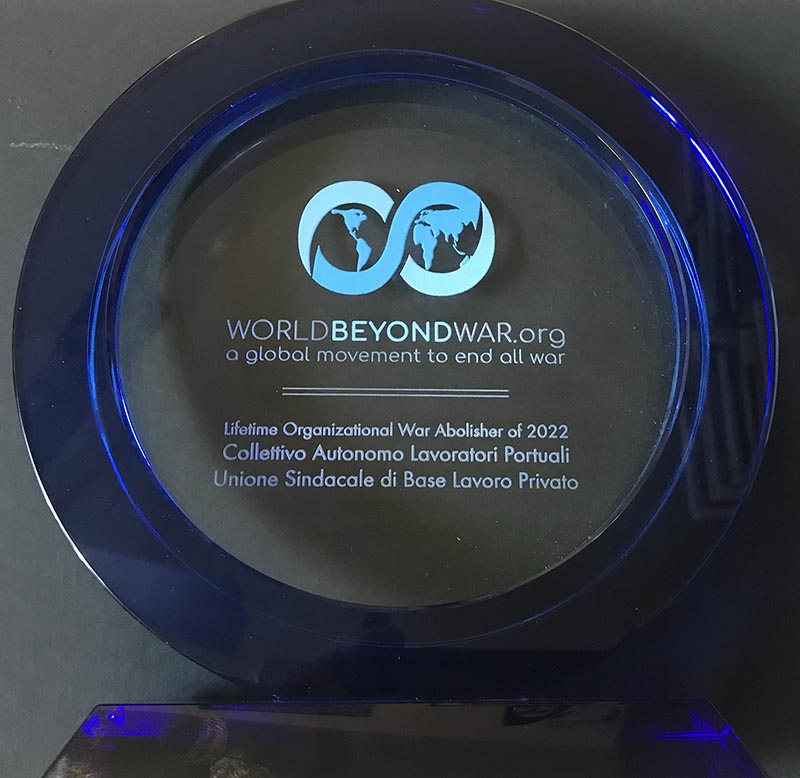 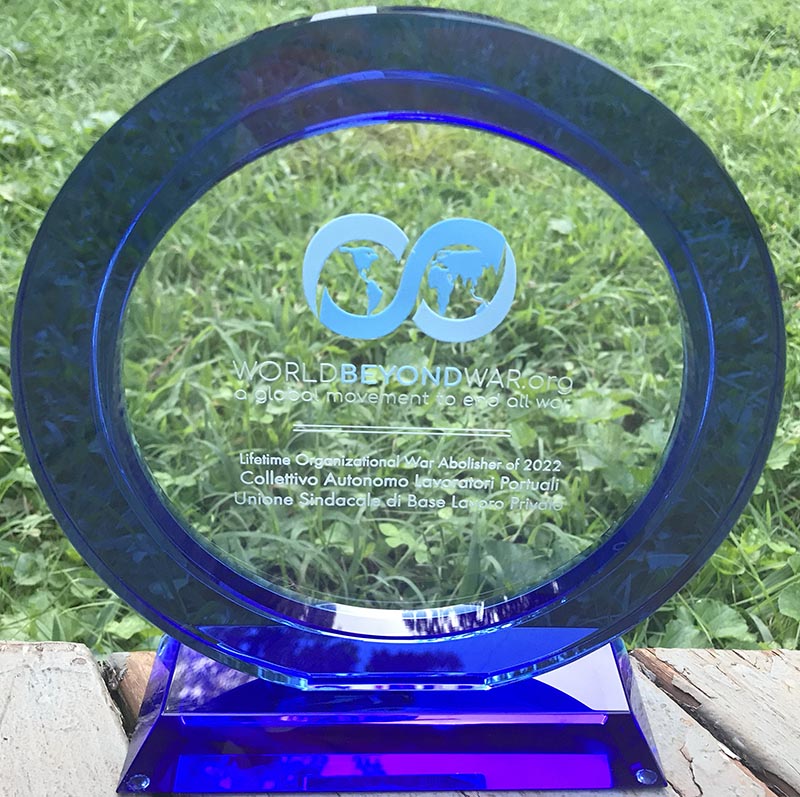