Is a New Zealand Space Command on the Horizon? 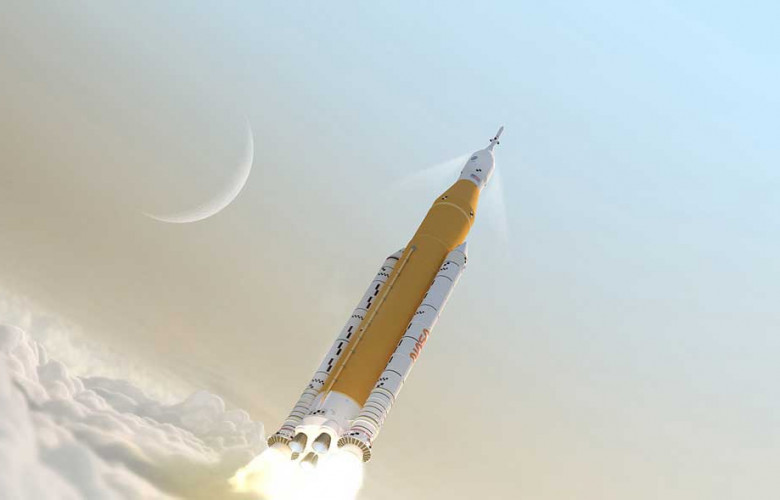 When former US President Donald Trump announced the creation of a new independent branch of the US Military called ‘Space Force’, many people reacted with disbelief or mockery.

Netflix even created a comedy series. But more discreetly, several countries followed the US lead by establishing space commands in their own military air forces, including France, UK, Australia, Canada and Iran. Even NATO declared space an operational military domain in 2019.

As with space agencies, there is misunderstanding about what a space force is. In the same way that few of the 80-plus space agencies around the world plan to send people to the Moon, most space forces are not planning to shoot satellites nor equip spaceships with lasers. Rather, they seek to protect national assets in space, primarily satellites and the data they provide.

There are currently around 5,000 such satellites, a number likely to grow exponentially in the near future. Our lifestyles depend more on them by the day, through geolocation systems, pictures taken of the Earth’s surface and many other uses. They are helping Tonga restore its internet connections after the volcanic eruption, and Ukraine to attain military objectives against Russia.

New Zealand and its growing partnerships with American space operations

New Zealand and the United States Governments have collaborated for a long time, including within the Five Eyes intelligence network. Alongside this, collaboration on space matters has increased. In January 2020 New Zealand Government representatives attended the US Combined Forces Space Command together with the other Five Eyes Governments (UK, Canada and Australia). A New Zealand Defence Force spokesperson declared there was no intention to create a separate space command, but rather it would seek further space training opportunities with Five Eyes partners, other selected nations, commercial space companies and academic institutions.

Many nations have their own space agencies, but New Zealand is one of the very few with rocket launching capabilities. Its remote geography provides extra safety and discretion for the launch of sensitive military cargo into Space. Rocket Lab remains one of the very few start-up companies worldwide to have made a success of this.

In March 2021 at Mahia Peninsula, Rocket Lab launched an experimental Cubesat called Gunsmoke-J to test technologies that support new capabilities for the US army. In July of that year, it successfully launched an Electron Rocket with a demonstration satellite called Monolith for the US Space Force, again at Mahia.

This has not been without criticism. In June 2021 the Green Party’s Security and Intelligence spokesperson Teanau Tuiono MP launched a Bill at the Stop the Militarisation of Space protest outside Rocket Lab’s offices in Tāmaki Makaurau. This sought to amend the Outer Space and High-altitude Activities Act 2017 by prohibiting the launch of military hardware into space from New Zealand. The statement at the Bill launch suggested that Rocket Lab has launched at least 13 payloads for the US Military or intelligence agencies from Mahia.

2022 has seen interesting developments in space defence. The Combined Space Operations Center (CSpOC) is a US–led multinational organisation providing command and control of space forces. In February it released its Combined Space Operational Vision 2031 Statement. This was signed by all of the CSpOC member countries, comprising Five Eyes nations plus France and Germany.  The aim was to share information about space operations and activities and coordinate efforts. At the same time, the Statement set out common principles and objectives in relation to space security.

Interestingly, all of the CSpOC countries have a Space Force or Space Command in their air forces except one: New Zealand. So, what can Aotearoa bring to the space defence table?

The Defence Technology Agency (DTA) is a unit of the New Zealand Defence Force (NZDF) providing applied research, exploratory development and advice about military technology, force development and operations. A few months ago, DTA finished building a small optical space awareness observatory to monitor satellites with the aim of detecting any deviation from the predicted orbit or unusual behaviour.

The DTA website notes that such capability offers international cooperation opportunities, especially with Canada and the UK, both members of the Combined Space Operational Centre. New Zealand’s unique geographic location in the South Pacific offers an opportunity to monitor satellite passes that cannot be observed from other locations.

Even though NZDF has declared that a Space Command is not in its immediate plans, international demand from defence partners for Aotearoa to build up its space defence capabilities will remain. The construction of the space awareness observatory by DTA might be one response to this.