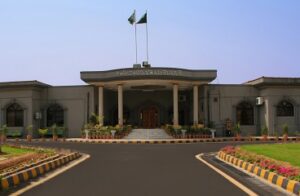 The Islamabad High Court (IHC) on Monday restored the First Information Report (FIR) against former CIA station chief Jonathan Banks and legal adviser John A. Rizzo, while declaring the transfer of the said FIR to the Fata Secretariat “illegal”.

Justice Shaukat Aziz Siddiqui of the IHC presided over the hearing regarding the registering and subsequent handling of an FIR against the American nationals, who allegedly masterminded drone attacks in North Waziristan — one of which resulted in the death of petitioner Abdul Karim Khan’s son and brother in December 2009.

In June 2015, the IHC had directed the inspector general of police (IGP) Islamabad to submit a compliance report after registering the FIR. While the FIR was registered, the Secretariat police had transferred the case to the Fata Secretariat, with Advocate General Mian Abdul Rauf claiming in 2016 that the IHC lacks jurisdiction in the matter.

The transfer of the case to Fata irked the petitioner as well as Justice Siddiqui, with the latter in Monday’s hearing not only declaring the move as illegal, but also ordering the Islamabad Police to investigate Banks.

“When did the court order to register the case and then [ordered to] dismiss it?” Justice Siddiqui asked station house officer (SHO) Nawaz Bhatti, who submitted an apology as his reply.

“To run away from your responsibility is unacceptable,” the judge remarked. “It is contempt of court that you sent the case away elsewhere despite court orders.”

“We can show our annoyance towards our own agencies but can’t dare question the CIA and Blackwater,” he added.

Deputy Inspector General Mirwaiz, defending the transfer, reminded the court: “The crime scene of the Miranshah drone attack is controversial.” To this, Justice Siddiqui responded: “Are air strikes inside Pakistan not a violation of our airspace?”

The judge added: “The CIA station chief masterminded the drone attack conspiracy while sitting in Pakistan. That is why this FIR falls under our jurisdiction.”

Directing the police to include Banks in its investigation, Justice Siddiqui added: “If Aimal Kasi can be taken away from here, then why can’t the former CIA station chief be brought back here.”

Kasi, convicted of killing two CIA employees in 1993, was executed in the United States in 2012. A team of American and Pakistani officials had raided a Dera Ghazi Khan hotel to ‘arrest’ him in 1997.

The court’s proceedings on the matter have been concluded.