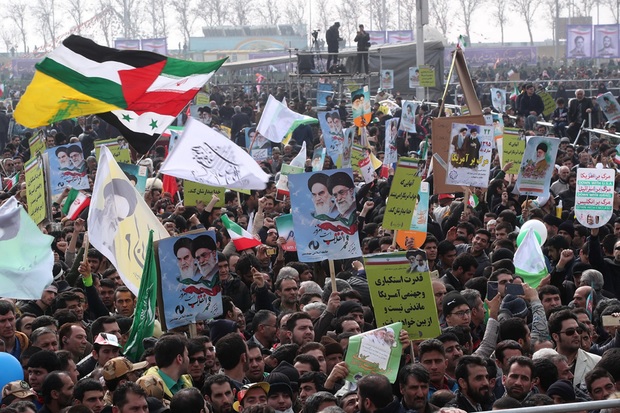 For all its grandstanding, Trump’s administration is just following an American tradition of coercing Iran and its ‘malign influence’

The first public pronouncements by President Donald Trump’s administration on Iran have created the widespread impression that the US will adopt a much more aggressive posture towards the Islamic Republic than under Barack Obama’s presidency.

But despite the rather crude warnings to Tehran by now ex-national security adviser Michael Flynn and by Trump himself, the Iran policy that has begun to take shape in the administration’s first weeks looks quite similar to Obama’s.

The reason is that the Obama administration’s policy on Iran reflected the views of a national security team that adhered to an equally hardline stance as those of the Trump administration.

Flynn declared on 1 February that the Obama administration had “failed to respond adequately to Tehran’s malign actions” and suggested that things would be different under Trump. But that rhetoric was misleading, both with regard to the Obama administration’s policy toward Iran and on the options available to Trump going beyond that policy.

The idea that Obama had somehow become chummy with Iran doesn’t reflect the reality of the former administration’s doctrine on Iran.

The Obama nuclear deal with Iran angered right-wing extremists, but his nuclear diplomacy was based on trying to coerce Iran to give up as much of its nuclear programme as possible through various forms of pressure, including cyber attacks, economic sanctions and the threat of a possible Israeli attack.

Despite Trump’s rhetoric about how bad the nuclear deal was, he has already decided that his administration will not tear up or sabotage the agreement with Iran, a fact made clear by senior administration officials who briefed the media on the same day as Flynn’s “on notice” outburst. Trump’s team has learned that neither Israel, nor Saudi Arabia wish that to happen.

READ: Trump, Israel and Iran: A lot of noise and threats, but no war

On the larger issues of Iran’s influence in the Middle East, Obama’s policy largely reflected the views of the permanent national security state, which has regarded Iran as an implacable enemy for decades, ever since the CIA and the US military were at war with the Islamic Revolutionary Guard Corps (IRGC) and Shia militias in the Strait of Hormuz and Beirut in the 1980s. The antagonism that the Trump team has expressed toward Iran’s regional role is no different from what had been said by the Obama administration for years. Secretary of Defense James Mattis has referred to Iran’s “malign influence” and called Iran the “biggest destabilising force” in the region. But Obama and his national security advisers also had talked incessantly about Iran’s “destabilising activities”.

In 2015, the Obama administration was using phrases like “malign influence” and “malign activities” so often that it was said to have become “Washington’s latest buzzword”.

Beginning with President Bill Clinton, every administration has accused Iran of being the world’s biggest state sponsor of terrorism, not on the basis of any evidence but as a settled principle of US policy. Starting with the World Trade Center bombing of 1993, the Clinton administration blamed Iran for every terrorist attack in the world even before any investigation had begun.

Beginning with President Bill Clinton, every administration has accused Iran of being the world’s biggest state sponsor of terrorism

As I discovered from extended investigations into both the Buenos Aires terror bombing of 1994 and the Khobar Towers bombing of 1996, the supposed evidence of Iranian involvement was either nonexistent or clearly tainted. But neither inhibited the continued narrative of Iran as a terrorist state.

Some Trump advisers reportedly have been discussing a possible presidential directive to the State Department to consider designating the IRGC as a terrorist organisation.

But such a move would fall under the category of political grandstanding rather than serious policy. The IRGC is already subject to sanctions under at least three different US sanctions programmes, as legal expert Tyler Culis has pointed out. Furthermore, the Quds Force, the arm of the IRGC involved in operations outside Iran, has been designated as a “Specially Designated Global Terrorist” for nearly a decade.

About the only thing the proposed designation might accomplish is to allow the United States to punish Iraqi officials with whom the Quds Force has been cooperating against the Islamic State group.

The Trump team has indicated its intention to give strong support to Saudi Arabia’s regional anti-Iran policy. But it is now apparent that Trump is not inclined to do anything more militarily against the Assad regime than Obama was. And on Yemen, the new administration is not planning to do anything that Obama did not already do.

READ: If Trump keeps this up, Yemen’s quagmire could become a real proxy war

When asked whether the administration was “reassessing” the Saudi war in Yemen, a senior official gave a one-word answer: “No”. That indicates that Trump will continue the Obama administration policy of underwriting the Saudi-led bombing campaign in Yemen – providing aerial refuelling, bombs and political-diplomatic support – which is necessary for Riyadh’s war.

Both Obama and Trump administrations thus appear to share responsibility for the massive and deliberately indiscriminate bombing of Houthi-controlled cities as well as for the existing and incipient starvation of 2.2 million Yemeni children.

Trump has imposed sanctions for Iran’s alleged violation of the 2015 UN Security Council resolution – despite the fact that the resolution used non-binding language and that Iran’s missiles were not designed to carry nuclear weapons. The Obama administration imposed sanctions for Iran’s allegedly violating a 2005 Bush administration executive order.

Use of force unlikely

However, one may object that this comparison covers only the preliminary outlines of Trump’s policy towards Iran, and argue that Washington is planning to step up military pressures, including the possible use of force.

READ: Why Trump has Iran in his crosshairs

It is true that the possibility of a much more aggressive military policy from the Trump administration cannot be completely ruled out, but any policy proposal involving the threat or use of force would have to be approved by the Pentagon and the Joint Chiefs of Staff, and that is very unlikely to happen.

The cost to the US military of attacking Iran today would be far higher, because of the capability of Iran to retaliate against US bases in Qatar and Bahrain

The last time the US contemplated a military confrontation with Iran was in the George W Bush administration. In 2007 Vice-President Dick Cheney proposed that the US attack bases in Iran within the context of the Iranian involvement in the Iraq war against US troops. But the secretary of defence, Robert M Gates, supported by the Joint Chiefs of Staff, headed off the effort by insisting that Cheney explain how the process of escalation would end.

There was a very good reason why the plan didn’t pass muster with the Pentagon and the JCS. The time when the US could attack Iran with impunity had already passed. In 2007, any attack on Iran would have risked the loss of much of the US fleet in the Gulf to Iranian anti-ship missiles.

Today, the cost to the US military would be far higher, because of the greater capability of Iran to retaliate with missiles and conventional payloads against US bases in Qatar and Bahrain.

In the end, the main contours of US policy toward Iran have always reflected the views and the interests of the permanent national security state far more than the ideas of the president. That fact has ensured unending US hostility toward Iran, but it also very likely means continuity rather than radical shifts in policy under Trump.

– Gareth Porter is an independent investigative journalist and winner of the 2012 Gellhorn Prize for journalism. He is the author of the newly published Manufactured Crisis: The Untold Story of the Iran Nuclear Scare.

The views expressed in this article belong to the author and do not necessarily reflect the editorial policy of Middle East Eye.

Photo: Iranians take part in a ceremony marking the anniversary of Iran‘s 1979 Islamic Revolution, in Tehran, Iran on 10 February (Reuters)