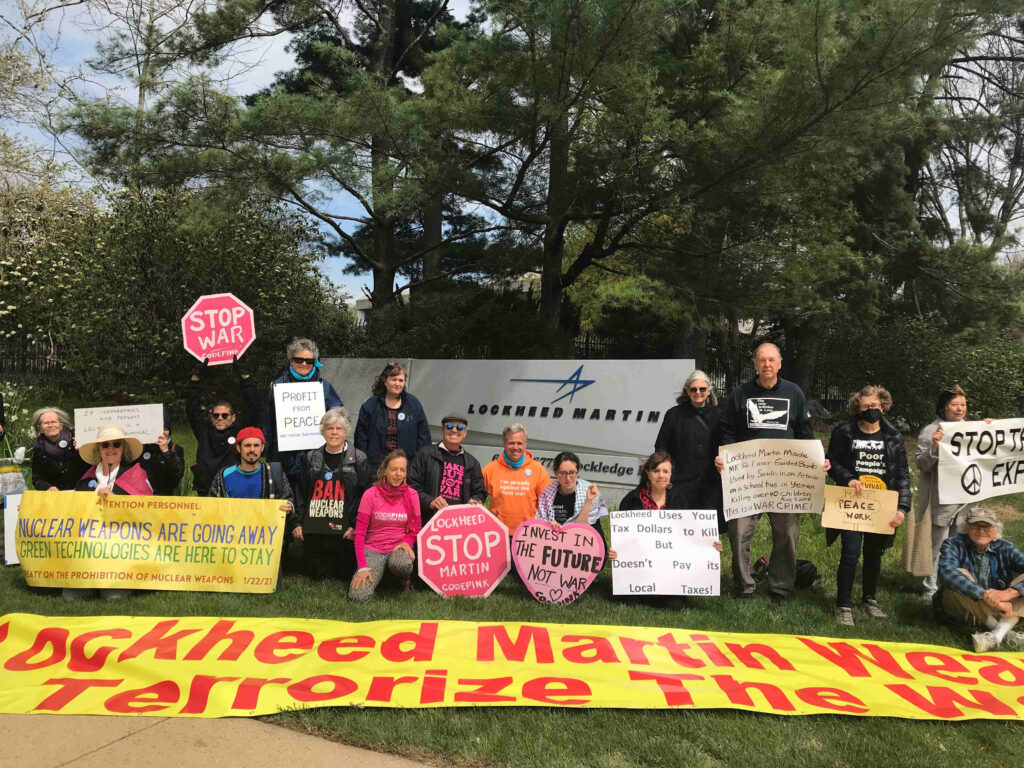 Today, the day of Lockheed Martin’s annual meeting, begins a week of actions around the world. These included a demonstration and a petition delivery at the company’s headquarters in Bethesda, Maryland, this morning.

Reports, photos, and videos from actions around the world are being posted at
https://worldbeyondwar.org/stoplockheedmartin

Activists delivered a petition to Lockheed Martin’s headquarters during its (virtual) annual general meeting, calling on Lockheed to begin work on conversion to non-deadly industries. They held colorful banners, and demonstrated in front of the Bethesda, Maryland, building, and then paraded half a mile to an overpass and displayed their banners over the highway (I-270) with messages including “Lockheed Martin weapons terrorize the world.” Participating were members of World BEYOND War, RootsAction.org, CODEPINK, MD Peace Action, MilitaryPoisons.org, and Veterans For Peace Baltimore Phil Berrigan Memorial Chapter.

“Thank goodness,” said David Swanson, Executive Director of World BEYOND War, “people are still permitted and still wanting to protest grotesque war profiteering even during a months-long flood of pro-war media. It’s time to return some shame to one of the world’s most shameful activities.”

WATCH: Today our ED @davidcnswanson protested with allies & delivered a petition to @LockheedMartin at their HQ in Maryland during their shareholders meeting. Actions are happening all this week as part of the Global Mobilization to #StopLockheedMartin: https://t.co/MK9YHy9iNE pic.twitter.com/IDuinwTWbm 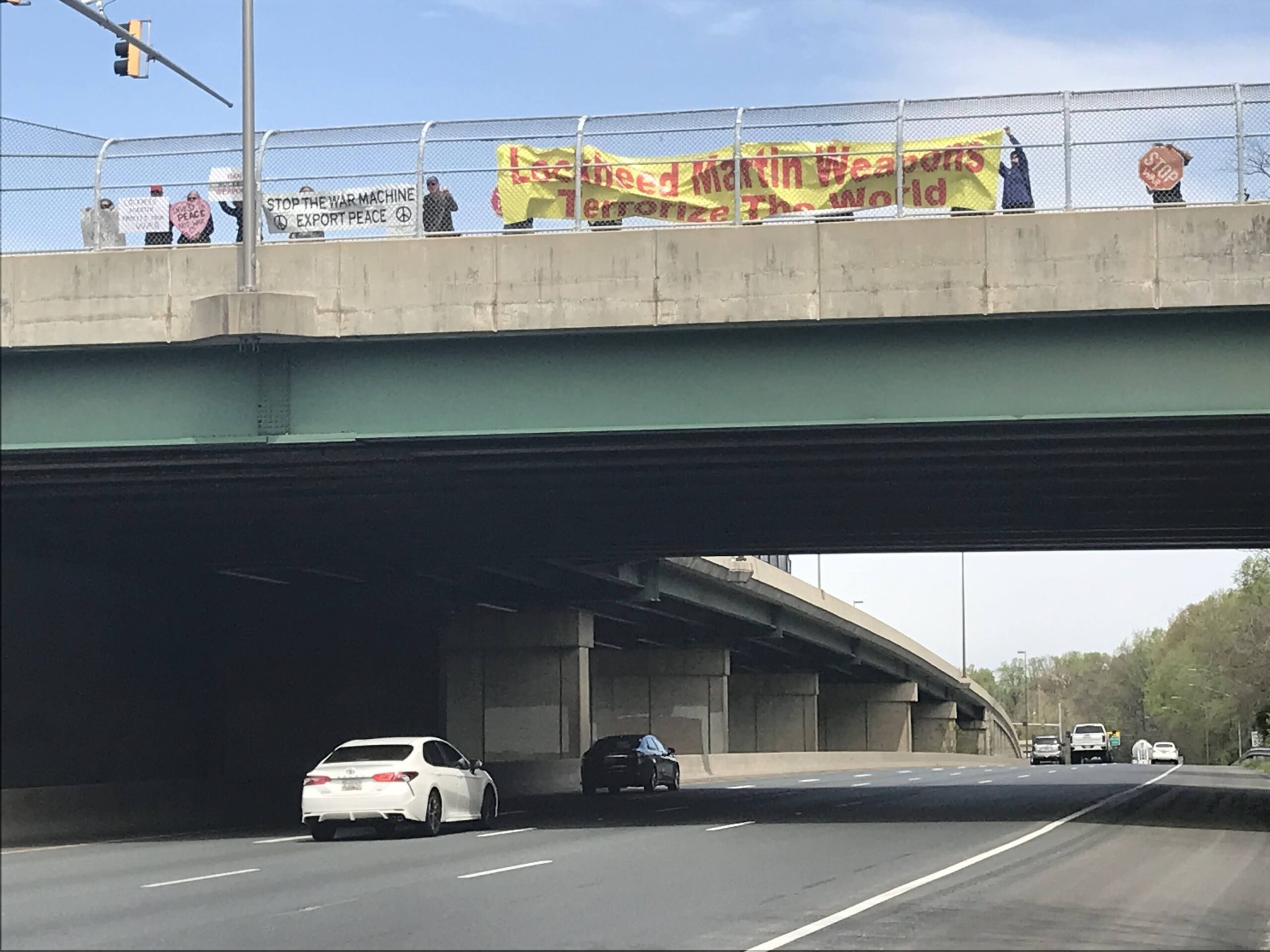 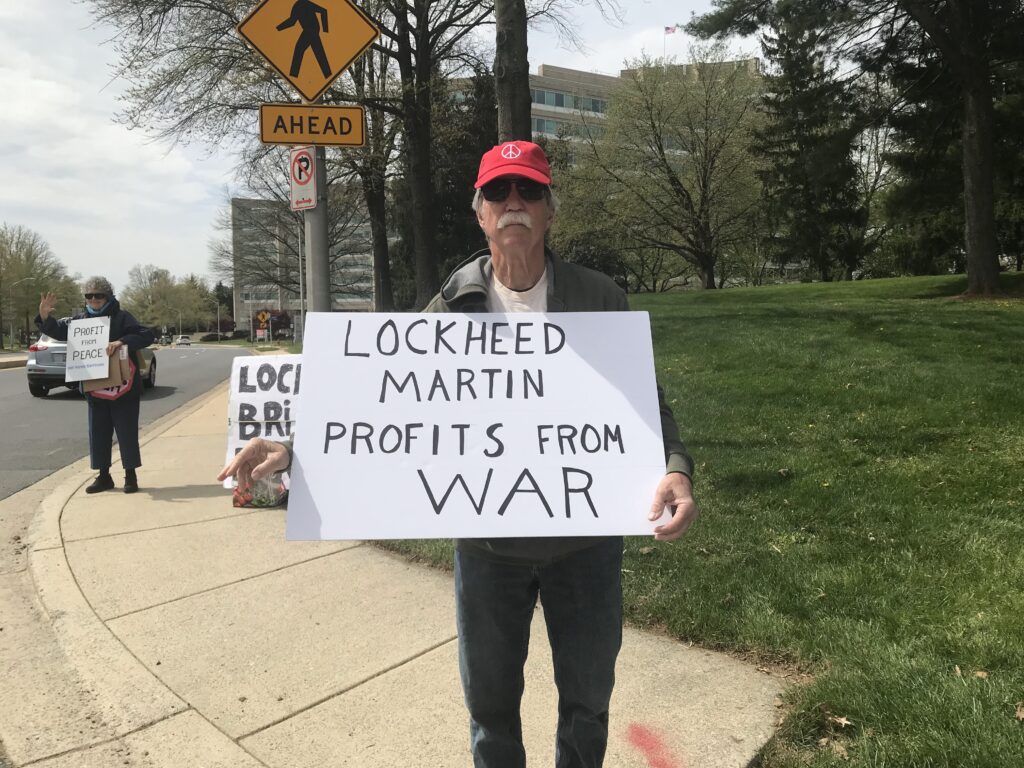