The Future Depends on What You Do Today 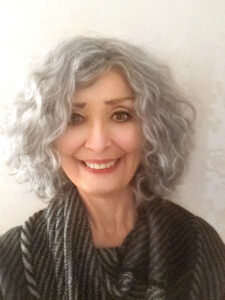 Nearly a century ago, Gandhi advised, “The future depends on what you do today.” Clearly, the wisdom of those words reflects throughout our present-day world.

Nowhere is Gandhi’s sage truism more applicable or apparent than the antiwar movement. Since joining the WBW team, I have been incredibly inspired by the depth of thought, commitment, actions, and support of our activists and donors in creating a better world for humanity and the planet with sustainable peace, a world beyond war. Choosing peace is a conscious decision, evident in lifestyles, relationships, and a broad range of instrumental actions, including divesting from companies that fuel war and injustice; conscious consumption; robust activism; and consistent financial support for WBW to continue its vital mission.

All the actions intended to contribute to engineering a world beyond war, however, remain continuously challenged by a culture entrenched and enchanted with militarism, permeating beyond public policy and politics to infiltrate our media, entertainment, schools and communities. Trump’s proposed military parade would only cement all the wrong thinking (or worse, the complete absence of thought) and missteps of the past as America’s and the world’s preordained path for the future.

Simultaneously disregarding an escalating deficit while targeting the most vulnerable Americans with drastic program and funding cuts, Trump has recklessly proposed a self-aggrandizing military parade with an estimated cost of $1 to $5 million dollars. Although we can all agree an outrageously expensive military parade with myriad adverse impacts is beyond absurd, it’s unconscionable, how we choose to respond today to his proposed military parade will impact the future of not only this reprehensible event but America’s future glorification of war as well as its relationship with the international community, now and in future.

A military parade of this scale will enrage our enemies while instilling the myths of war, the acceptableness of war, to upcoming generations around the world. Public outcry has been vociferously resolute against Trump’s proposed military parade, but it will take more than words to stop it from happening.

Once again it will require our united efforts and investment to thwart the damage an American military parade would trigger. The actions we take now to precisely indicate all the reasons a military parade is wrong, wrong for America, wrong for world, will determine our shared future.

Alone we could. Together, we will.

What you do today will determine what WBW can do tomorrow. Please make as generous a donation as you possibly can today to empower WBW’s future.