Can World War II Say Me Too? 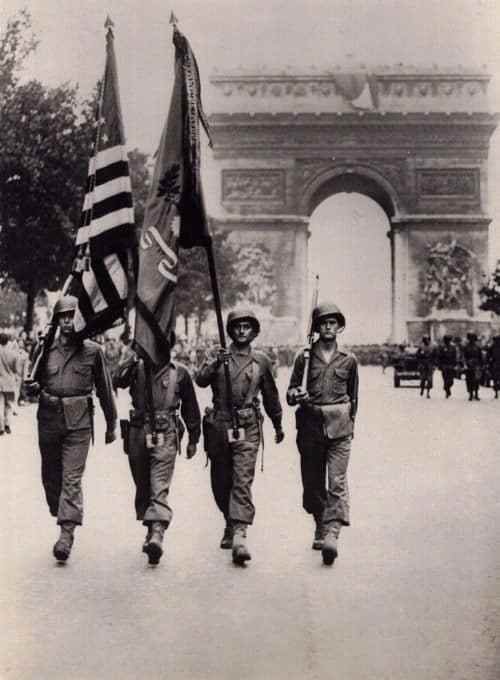 No matter how many times one presents the facts to people at real-world events, or through online media, progressive radio, and non-US television networks, there is simply no stopping virtually everyone in the United States believing the most ludicrous myths about World War II.

So, my new scheme for debunking is a Me Too one. Not that I mind promoting the Me Too movement. I think it’s a very welcome development in U.S. culture. I don’t, of course, have any use for the truly ridiculous position held by some that literally ever claim of sexual assault must be believed no matter what, something that is of course impossible to square with the U.S. history of lynchings, the many exonerations through DNA evidence, or even watching When They See Us on Netflix and not having one’s head explode.

But the general aim of the movement, giving people the courage to speak up, respectfully listening, and trying to end the violence: this is badly needed. And it’s gaining a hearing. And it’s taking the gloss off numerous public figures. So, here’s my question: What if the most glorified public event in the United States’ view of itself could also say “Me Too”?

Here’s the opening of an article in the New York Times:

“The soldiers who landed in Normandy on D-Day were greeted as liberators, but by the time American G.I.’s were headed back home in late 1945, many French citizens viewed them in a very different light. In the port city of Le Havre, the mayor was bombarded with letters from angry residents complaining about drunkenness, jeep accidents, sexual assault — ‘a regime of terror,’ as one put it, imposed by bandits in uniform.’ This isn’t the ‘greatest generation’ as it has come to be depicted in popular histories. But in What Soldiers Do: Sex and the American G.I. in World War II France, the historian Mary Louise Roberts draws on French archives, American military records, wartime propaganda and other sources to advance a provocative argument: The liberation of France was ‘sold’ to soldiers not as a battle for freedom but as an erotic adventure among oversexed Frenchwomen, stirring up a ‘tsunami of male lust’ that a battered and mistrustful population often saw as a second assault on its sovereignty and dignity.”

Alice Kaplan, an historian at Yale, has written that the U.S. military tolerated rape of German women more than of French, and that seems to really be saying something — and seems to be clearly true. Meanwhile J. Robert Lilly, author of Taken by Force: Rape and American GIs in Europe in World War II,estimates that U.S. soldiers committed 14,000 rapes in France, Germany, and the United Kingdom between 1942 and 1945. Other estimates, some of which are little more than guesses, go as high as 190,000 rapes, just in Germany, just by U.S. troops.

This part of war was a part of war during the days of slaughtering Native American families, right up through the days (these ones now) of slaughtering Middle Eastern families. In recent years, it’s even been a major part of life within the U.S. military, with rapist and victim employed by the same glorious institution.