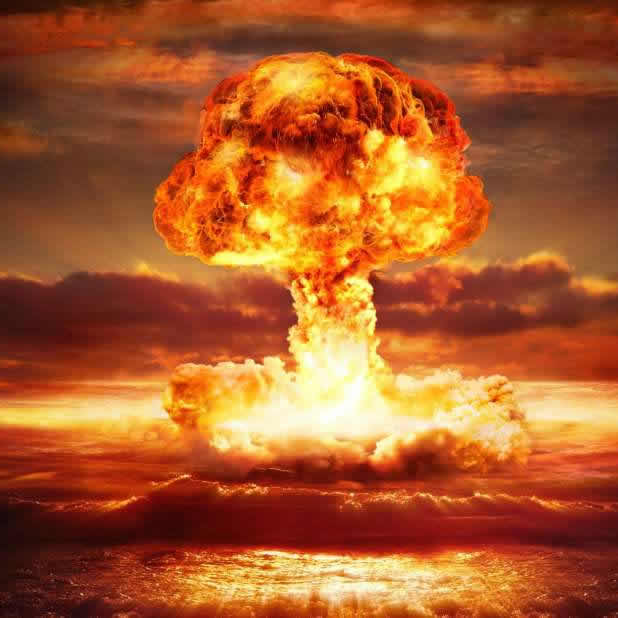 Bernie Sanders’ campaign has published a fact sheet on how everything he proposes can be paid for. On that fact sheet we find this line in a list of items that collectively will pay for a Green New Deal:

“Reducing defense spending by $1.215 trillion by scaling back military operations on protecting the global oil supply.”

Elsewhere, the fact sheet uses 10-year periods to refer to certain numbers, and 10 years is the most common random period of time used by people to confuse budget figures for no apparent reason. However, Bernie’s Green New Deal Plan, which has long been online, refers to “15 years” just prior to referring to cutting back military spending by an unstated amount. This makes it highly likely that 15 years is the clue to this particular obfuscation.

$1.215 trillion divided by 15 is $81 billion. And $81 billion per year is the super-conservative figure that a study estimated the U.S. spends “to protect global oil supplies.” I think we can safely conclude that Sanders is proposing to take $81 billion a year out of militarism.

Of course, $81 billion falls dramatically short of the $350 billion that progressive groups have proposed moving out of militarism annually, or even the $200 billion urged by Public Citizen, or even the high range of the $60 billion to $120 billion that the CATO Institute suggests saving merely by closing foreign military bases.

On the other hand, the Sanders campaign has finally revealed a number related to moving money out of militarism, but only in relation to paying for part of a Green New Deal. It’s possible to fantasize, in the absence of any information, that Sanders wants to move other bits of military spending to other human and environmental needs. Sanders has claimed he wants a “very different” military budget, dramatically reduced; he just hasn’t put any approximate number on it — at least not in recent years.

As Politico reported four years ago on Sanders, “In 1995, he introduced a bill to terminate America’s nuclear weapons program. As late as 2002, he supported a 50 percent cut for the Pentagon. And he says corrupt defense contractors are to blame for ‘massive fraud’ and a ‘bloated military budget.’” Those last bits are not really disputable facts, but the fact that Bernie has said them out-loud augurs danger for war profiteers.

The trouble is that presidents for the past couple of centuries have performed less well in office than their campaign platforms, not better. Secretly imagining that Bernie simply must want to significantly reduce militarism is highly unlikely to produce a President Sanders who works hard to reduce militarism — much less a mass public movement that works hard to compel Congress to do so. Our best chance at moving money in a major way our of mass-murder and into mass-protection-of-life is to demand that Bernie Sanders take a position now. Moving money out of the military and into human and environmental needs is a hugely popular position in polls and has been for many years. The corporate media doesn’t like it, but the corporate media is already all-in on trying to stop Bernie — it can’t get any worse. Taking a position now would be beneficial to Sanders and distinguish him from other candidates.

Let’s look at how Bernie’s fact sheet proposes to pay for things.

Housing For All –> Wealth tax on the top one-tenth of one percent.

Universal Childcare/Pre-K –> Wealth tax on the top one-tenth of one percent.

– Raising $3.085 trillion by making the fossil fuel industry pay for their pollution, through litigation, fees, and taxes, and eliminating federal fossil fuel subsidies.
– Generating $6.4 trillion in revenue from the wholesale of energy produced by the regional Power Marketing Administrations.  This revenue will be collected from 2023-2035, and after 2035 electricity will be virtually free, aside from operations and maintenance costs.
–  Reducing defense spending by $1.215 trillion by scaling back military operations on protecting the global oil supply.
–  Collecting $2.3 trillion in new income tax revenue from the 20 million new jobs created by the plan.
– Saving $1.31 trillion by reduced the need for federal and state safety net spending due to the creation of millions of good-paying, unionized jobs.
–  Raising $2 trillion in revenue by making large corporations pay their fair share of taxes.

According to a February 15, 2020 study by epidemiologists at Yale University, the Medicare for All bill that Bernie wrote would save over $450 billion in health care costs and prevent 68,000 unnecessary deaths – each and every year.

Since 2016, Bernie has proposed a menu of financing options that would more than pay for the Medicare for All legislation he has introduced according to the Yale study.

Creating a 4 percent income-based premium paid by employees, exempting the first $29,000 in income for a family of four.

Eliminating health tax expenditures, which would no longer be needed under Medicare for All.
(Revenue raised: About $3 trillion over 10-years.)

Raising the top marginal income tax rate to 52% on income over $10 million.
(Revenue raised: About $700 billion over 10-years.)

Replacing the cap on the state and local tax deduction with an overall dollar cap of $50,000 for a married couple on all itemized deductions.
(Revenue raised: About $400 billion over 10-years.)

Taxing capital gains at the same rates as income from wages and cracking down on gaming through derivatives, like-kind exchanges, and the zero tax rate on capital gains passed on through bequests.
(Revenue raised: About $2.5 trillion over 10-years.)

Enacting the For the 99.8% Act, which returns the estate tax exemption to the 2009 level of $3.5 million, closes egregious loopholes, and increases rates progressively including by adding a top tax rate of 77% on estate values in excess of $1 billion.
(Revenue raised: $336 billion over 10-years.)

Using $350 billion of the amount raised from the tax on extreme wealth to help finance Medicare for All.

All of which suggests that Bernie thinks he can pay for much of what he wants to pay for without moving money out of the military. But he can’t reduce the risk of nuclear apocalypse, decrease wars, slow the environmental destruction of the most environmentally destructive institution we have, curtail the impacts on civil liberties and morality, or put a stop to the mass slaughter of human beings without moving money out of militarism. The money needs to be moved out, which as a side-benefit produces jobs, whether the money is moved to humane spending or to tax cuts for working people. Not only that, but a program of economic conversion needs to transition to decent employment those engaged in supplying weaponry to governments around the world. We need to demand that every candidate tell us now how much money they want to move out of militarism and what their plan is for economic conversion.