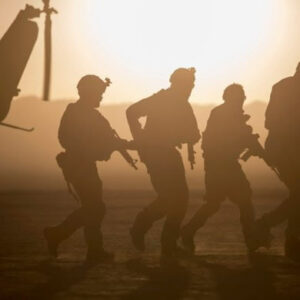 Resistance to U.S. militarism is growing in an unlikely place, the tech industry. The New York Times reported last week that at “Google, Amazon, Microsoft and Salesforce, as well as at tech start-ups, engineers and technologists are increasingly asking whether the products they are working on are being used for surveillance in places like China or for military projects in the United States or elsewhere.”

This trend made news last spring when Google employees protested its involvement in a military program called Maven, which harnesses artificial intelligence for identifying targets. The employees released a petition stating: “We believe that Google should not be in the business of war. Therefore we ask that Project Maven be cancelled, and that Google draft, publicize and enforce a clear policy stating that neither Google nor its contractors will ever build warfare technology.”

In May, Google announced that it would not seek a renewal of its Maven contract. A more recent focus of protest is a $10 billion program called the Joint Enterprise Defense Infrastructure, or JEDI, which calls for collecting military data in a cloud system. JEDI is thought to play a key role in the Pentagon’s ambitions to incorporate artificial intelligence into its operations.

Last week Bloomberg reported that Google decided not to pursue the JEDI contract, for two reasons. First, Google does not have the required classification clearances, a spokesperson explained, and second, the company “couldn’t be assured that [JEDI] would align with our AI Principles.” According to The New York Times, Google’s principles prohibit use of its AI software “in weapons as well as services that violate international norms for surveillance and human rights.”

Employees of Microsoft, which is bidding on JEDI, have urged the company to withdraw from the project. In an open letter the protesters quote a Pentagon official acknowledging that JEDI “is truly about increasing the lethality of our department.” The protesters state:

Many Microsoft employees don’t believe that what we build should be used for waging war. When we decided to work at Microsoft, we were doing so in the hopes of “empowering every person on the planet to achieve more,” not with the intent of ending lives and enhancing lethality. For those who say that another company will simply pick up JEDI where Microsoft leaves it, we would ask workers at that company to do the same. A race to the bottom is not an ethical position.

Meanwhile more than 100 engineering students at Stanford and other schools released a letter pledging that they will:

First, do no harm.

Refuse to participate in developing technologies of war: our labor, our expertise, and our lives will not be in the service of destruction…

I applaud the moral clarity and courage of these protesters. As I have stated before, the U.S. is by far the most warlike nation on earth, and its military ambitions seem to be growing. The U.S. spends more on arms and armies than the next seven biggest spenders combined, and it has been at war non-stop since 2001. The U.S. is involved in counter-terror operations in 76 nations.

U.S. wars in Iraq, Afghanistan and Pakistan have resulted in the direct (bombs and bullets) or indirect (displacement, disease, malnutrition) deaths of more than 1.1 million people, most of them civilians, according to the Costs of War project. Last year alone, U.S. and allied airstrikes in Syria and Iraq killed 6,000 civilians, according to The Washington Post.

Last June, blogging on Google’s decision not to participate in Maven, I expressed the hope that Google’s “act of moral leadership could catalyze a conversation about U.S. militarism–and about how humanity can move past militarism once and for all.” If recent reports are any indication, that long overdue conversation may be beginning. Now if only we can get our politicians to listen.