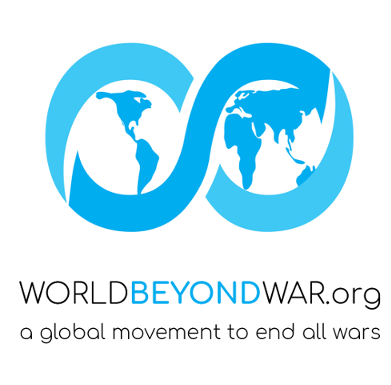 We, the undersigned civil society organizations, urge you to reverse the designation of the Houthis in Yemen, otherwise known as Ansar Allah, as a Foreign Terrorist Organization (FTO) and Specially Designated Global Terrorist (SDGT).

While the Houthis share much blame, alongside the Saudi/UAE-led coalition, for horrific human rights violations in Yemen, the designations do nothing to address these concerns. They will, however, prevent the delivery of critical humanitarian assistance to millions of innocent people, greatly hurt the prospects for a negotiated settlement to the conflict, and further undermine U.S. national security interests in the region. Our coalition joins a chorus of growing opposition to the designation, including a bipartisan group of members of Congress, multiple humanitarian organizations operating on the ground in Yemen, and former career diplomats who have served both Republican and Democratic presidents.

Rather than being a catalyst for peace, these designations are a recipe for more conflict and famine, while unnecessarily further undermining U.S. diplomatic credibility. It is more likely that these designations will convince the Houthis that their goals cannot be achieved at the negotiating table. UN General Secretary Gutteres implied this concern when he requested that “everyone avoids taking any action that could make the already dire situation even worse.” Moreover, no evidence supports the need for such designations, a fact pointed out in a letter last month by former US diplomats who expressed concern that “will complicate… efforts to bring the conflict to a negotiated end and begin the long process of stabilizing and reconstructing Yemen.”

Even prior to this designation, UN Secretary-General Antonio Guterres issued an urgent warning in late 2020 stating Yemen is “in imminent danger of the worst famine the world has seen for decades. In the absence of immediate action, millions of lives may be lost.” Designating the Houthis will further exacerbate and speed this suffering by disrupting the flow of much-needed food, medicine, and aid delivery to the majority of Yemen’s people.  Indeed, leaders of the world’s top humanitarian aid organizations working in Yemen warned in a joint statement that an FTO designation on the Houthis “could cause even greater suffering, given the number of people under its jurisdiction, its control over state institutions, and the already frightening levels of food insecurity and humanitarian need across Yemen.”

Prior to these designations, commercial shippers have been reluctant to import to Yemen given the high risk of delays, costs, and risks of violence. These designations only increase this level of risk for commercial entities and further places the vital work of humanitarian and peacebuilders at risk. As a result, even if humanitarian exemptions are permitted, financial institutions, shipping firms, and insurance companies, along with aid organizations, are likely to find the risk of potential violations to be too high, resulting in these entities dramatically scaling down or even ending their involvement in Yemen – a decision that would have indescribably severe human consequences.

We applaud your administration’s commitment to and look forward to working with you on taking a new approach to U.S. policy in Yemen, as well as the broader Gulf region,  — one that prioritizes human dignity and peace. As part of this larger reset, we urge you to include the full reversal of both the FTO and SDGT designations on day one. Thank you for your consideration of this important matter.

Beyond War and Militarism

Church of the Brethren, Office of Peacebuilding and Policy

Historians for Peace and Democracy

The United Methodist Church – General Board of Church and Society

United for Peace and Justice

Women’s International League for Peace and Freedom US