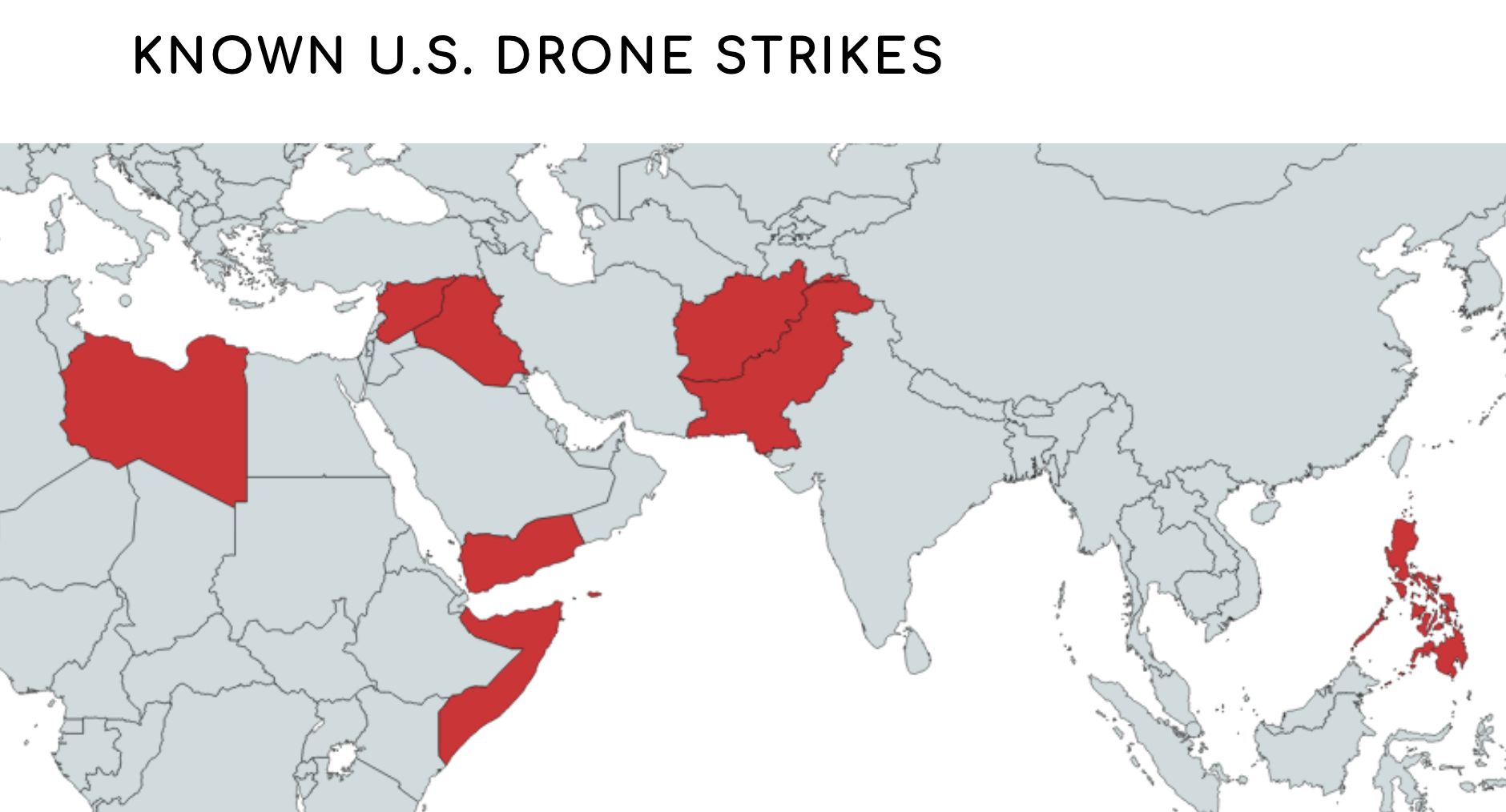 Here is our new fact sheet on killer drones — as put together by Montréal-based activist Cymry Gomery.

The fact sheet enumerates the top reasons why we must ban killer drones and the hurdles to getting a ban passed. Drones violate human rights and international law, pollute the environment, and perpetuate a state of never-ending war and surveillance.

Yet, as we document in the fact sheet, despite the fact that federal intelligence analysts and former military officials admit that the drone program may actually cause an increase in terrorism, drone warfare is insidious. Countries like the U.S. are increasingly using drone warfare to continue to wage war and kill civilians, while gaining public approval by withdrawing troops from the Middle East.

In fact, Canada – which is the second-biggest supplier of arms to the Middle East region, after the United States – is currently preparing to purchase armed drones for its military, at a cost of $5 billion. A formal request for bids from two dronemakers, L3 Technologies and General Atomics Aeronautical System, is expected in the fall of 2021.

Drones have also come into the news as of late due to the sentencing of drone war whistleblower Daniel Hale in July. In 2019, Hale, who is a U.S. Air Force veteran, disclosed classified documents about the U.S. military’s assassination program, believed to have been the source material for a series in The Intercept called “The Drone Papers“. You can sign the petition in support of Daniel Hale and find other ways to take action at https://standwithdanielhale.org.

Check out World BEYOND War’s new drone fact sheet and put it to use in the campaign to ban killer drones!