Without Reconciliation the Imbalance Will Destroy Us All 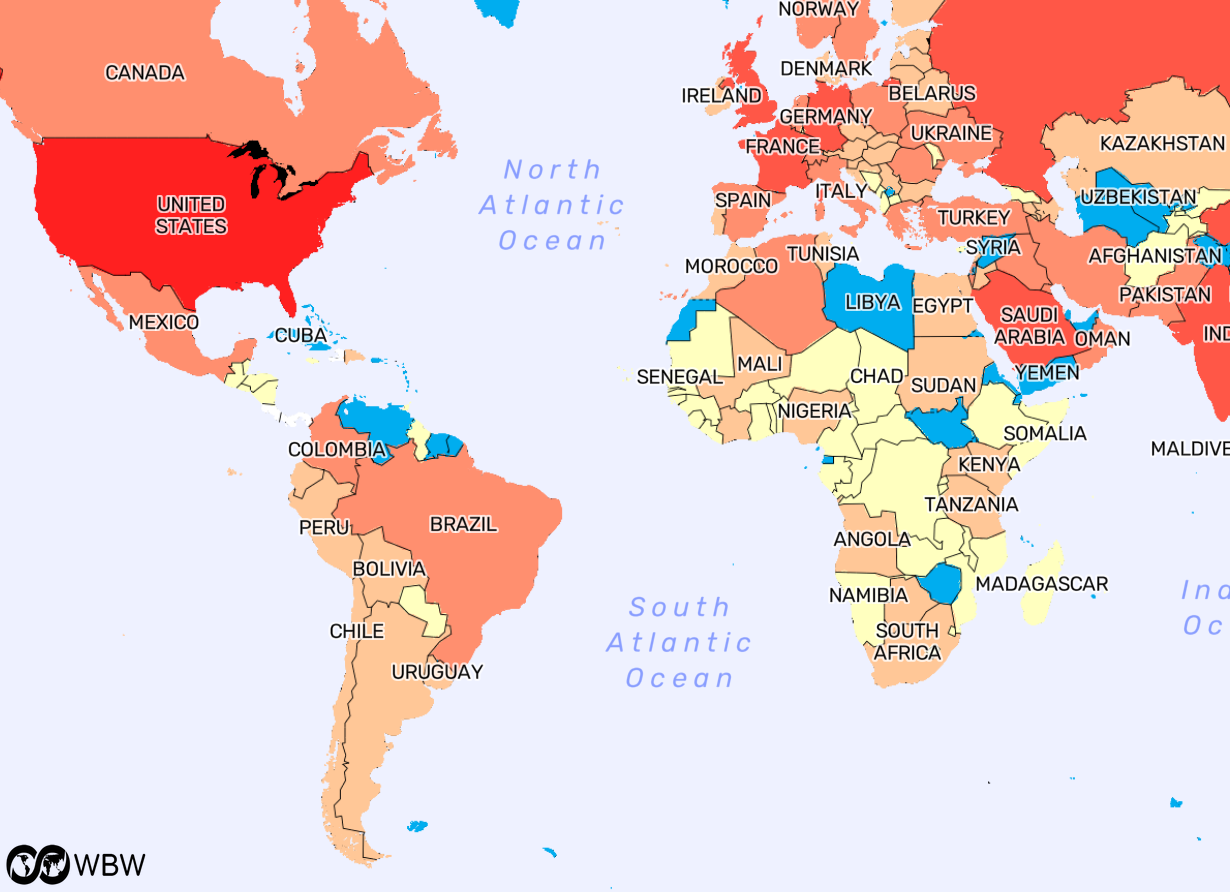 COLOMBIA — The night and day, despite their differences, negotiate to keep the world in balance.

We live in a world that is unable to reconcile between humans that want to respond to the global crises, and those that are willing to take it to the extreme. The day needs to reconcile with the night for the world to return to its natural flow.

The imbalance caused by the United States’ role as the world’s military power has distorted humanity. After the U.S., as a victor of World War II, emerged as one of the globe’s superpowers, it exponentially built itself up as a military power. That military power and its efforts to remain as a hegemony has made the U.S. economy interdependent with the global security apparatus. They have determined the destiny of many nations around the world—whether it was due to ideological differences with the U.S., resource clashes, dependency for security support or for being part of a security alliance— and many are deeply entwined negatively due to the U.S.’ out of control belligerent power.

While global order with the United Nations has been set up to ban wars and prevent their existence in the first place, the reality is that when it comes to the U.S. there is a huge asterix of exception. Thus, the definition of the phrase ‘valid use of force’ is clouded by politics and based upon a global order run by monetary and military power, rather than being defined by international law.

As the Institute for Policy Studies (IPS) reported regarding the United States,  “…its $801 billion in 2021 represents 39 percent of the world’s military spending.” The next nine countries combined spent a total of $776 billion and the remaining 144 countries a total of $535 billion. Thus far for the war in Ukraine, the United States and Nato have spent $1.2 trillion dollars.  One sixth of the U.S. national budget is allotted for national defense with $718 billion allotted in 2021. This is in a country that has a national debt of $24.2 Trillion.

These overwhelming numbers reflect a nation whose main existence depends on the defense sector. This sector drives a huge portion of the U.S.  economy, its employment, its priorities and its relationships with all the other countries in the world. The link between capitalism and military spending has led to a military industrial complex so intertwined with politics that it’s impossible for U.S. administrations and policymakers to objectively transition towards other priorities.

If a Congressman has a defense contractor or other part of the complex as one of its major employers in his state, cutting defense spending would amount to political suicide. At the same time, the war machine requires wars to function. Israel, Egypt, the Middle East and many other parts of the world host U.S. military bases because the relationship with the U.S. is primarily one related to security. That security is also distorted, depending on the economic needs of the U.S. and the elites in power with whom the country partners. Since 1954, the U.S. has intervened militarily at least 18 times in Latin America.

The U.S. and Colombia’s over 200-year relationship has always contained a security purpose. This relationship was deepened in 2000 with the onset of Plan Colombia, whereby the U.S. began to give Colombia a significant military package that included training, weapons, machinery and even U.S. contractors to implement anti-narcotics efforts. While a base level of  armed forces is necessary in Colombia, the influx of U.S. ‘defense’ funds distorted the internal dynamics of the internal armed conflicts in the country. It also fed a hawkish elite who utilizes violence to maintain power and develop its economy like Uribismo and many of the Democratic Center’s families. A boogeyman or terrorist group was needed to maintain that social order no matter what crimes were committed; people lose their lands, are displaced or are suffering from the causes of these crimes.

These US ‘defense’ funds resulted in a de facto caste system, racism and racial discrimination against afrodescendants, indigenous peoples, working class and rural poor. The human suffering and impact of the economically linked ‘defense’ efforts appeared to be justified in the eyes of the US.

Security and defense apparatus beget more economies related to defense. This unending cycle continues, with tremendous repercussions for nations forcibly involved. Such high spending to financing ‘defense’, means that essential human needs get the shorter end of the stick. The inequality, poverty, crisis in education and extremely restrictive and expensive health system in the U.S. are just a few examples.

Like extreme wealth, the economic benefits of the military industrial complex remain within the hands of the few by exploiting the lower socioeconomic classes and ethnic minorities. Those fighting the wars, who lose their lives, limbs, and sacrifice, are not the children of the politicians, wheeler dealers nor  contractors, but rural poor whites, blacks, Latinos and native persons who are sold a manipulated form of patriotism or see no other way to advance in a career path or obtain education.

Beyond the fact that military actions lead to death, destruction, war crimes, displacements and environmental damage, the sheer presence of military personnel around the world is also  problematic due to its impact on local women (sexual violence, prostitution, disease).

The new and democratically elected Petro Administration in Colombia is attempting to completely change this mindset in a country that has only known war and control by elite families who are unwilling to give an inch to make Colombia more equitable. It is a remarkable effort and necessary not just for stopping the cycles of destruction and violence in Colombia,  but for the survival of humans on the planet.

This effort will take much consciousness building and making others believe in the collective rather than the individual. Learning how to live within the global ecosystem is what will bring the necessary balance Colombia needs. By doing so, the U.S. and other nations are put into a position to re-consider whether the imbalance is worth their self-destruction.