What Must be Done to Really Stop Child Killing: Israel et al 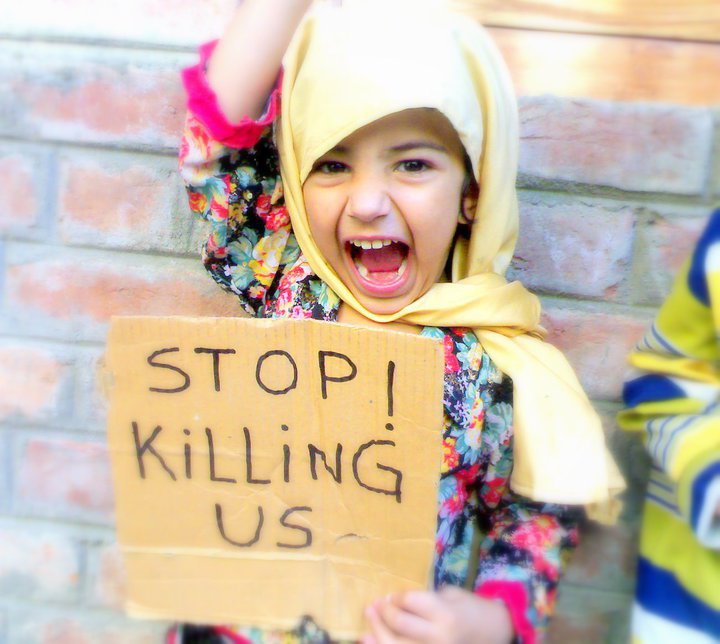 “Why would you just send a missile to them and kill them?” a 10 year old girl in Gaza

Is a Jewish child 350 times more valuable than a Palestinian child?

“After the first death, there is no other” if you feel “The majesty and burning of the child’s death” *

In 2021 it should be obvious what needs to be done immediately to prevent more death.

“And the bare minimum of what an international community watching now, that just cares about the violence during these spectacular moments — if you really, really sincerely care about the violence, you must place sanctions on Israel. You must demilitarize Israel. You must force Israel to sign the Non-Nuclear Proliferation Treaty. You must hold Israel to account. Otherwise, you are only asking Palestinians to die quietly.”

It is not antisemitic to abhor Israel’s violence. Israeli poet Aharon Shabtai, in his 2003 poem J’Accuse about the targeted killing of a Palestinian child hiding behind his father’s arm, writes that Israeli society is organized to exterminate “a population of a certain size,/Which needs to be pounded and ground/Then shipped off as human powder”. The 2004 Olga Document uses the same words and was signed by 142 Israeli Jews including founder of Physicians for Human Rights/Israel Dr. Ruchama Marton, former deputy mayor of Jerusalem Meron Benvenisti, Sakharov Peace Prize winner Professor Nurit Peled-Elhanan who lost her daughter in a suicide bomber attack: “Israel is amplifying the devastation of the West Bank and the Gaza Strip, as if determined to pulverize the Palestinian people to dust.” These words were written before the five massacres against Gaza (2006, 2008/9, 2012, 2014, 2021). Henry Siegman’s Israel’s Lies. documents Israel’s repeated strategy of subtly provoking a reaction in Gaza that justifies its wars as “self-defense”, now seen in an even more ominous way in its provocations of Iran, represented as “existential” threat to Israel.

Shabtai’s “J’Accuse” continues: “the sniper wasn’t acting alone…Many wrinkled brows leaned over the plans.” Israeli journalist Amira Hass reported on May 18 the numerous incidents of intentionally killing entire families in Israel’s bombings in Gaza. “The bombings follow a decision from higher up, backed by the approval of military jurists.”

Precision air strikes kill a handful of Hamas leaders but mainly strike hospitals, schools, power stations, the building housing the press, kill Dr. Ayman Abu al-Ouf who headed the coronavirus response at Shifa Hospital, and two of his teenage children. Precision air strikes have damaged 18 hospitals and clinics including the only Covid-19 laboratory able to carry out testing.

Israel controls all supplies to Palestinians through military orders, checkpoints, laws, tax revenues and closures of land/sea/air borders (Gaza). As of March 2020 in Gaza, there was a deficit of oxygen, of 45% essential drugs, 31% medical supplies, 65% lab equipment and blood bank, and PPE (Personal Protective Equipment). Gaza had its highest daily number of Covid infections since the start of the pandemic with a positivity rate as of 4/24 at 43%.

Mona al-Farra M.D. and Yara Hawari, Ph.D., among others, provide details about Israel’s intentional and ongoing destruction of Gaza’s health infrastructure even before the apartheid withholding of Covid-19 vaccines from Palestinians, and ostensibly during times of peace. Between 2008 and 2014, 147 hospitals and primary health clinics and 80 ambulances were damaged or destroyed and 125 medical workers injured or killed. ICU beds in Gaza after 2000 decreased from 56 to 49 although the population doubled. At present, there are 255 intensive care beds in the West Bank for a population of 3 million people, and 180 in Gaza for over 2 million people.

Shabtai writes of the “technicians of slaughter”. Israel deploys non-conventional (outlawed) weapons against Gazan civilians, including white phosphorus, DIME, flechettes. According to the Goldstone Report about the 2008/9 war, Israel used civilians as human shields, not Hamas. Israel never signed the Non-Proliferation Treaty and is the only nuclear-armed state in the Middle East. Its “Samson Option”, i.e.”all options are on the table”, is a thinly-veiled threat against Iran. Israel’s delivery system includes submarines donated by Germany as Holocaust reparation, capable of carrying 144 nuclear warheads. Even making this threat is against international law.

A 15 year old Gazan child will have experienced 5 terrifying wars, the random killing and maiming in the Great March of Return, the killing on the aid flotilla Mavi Marmara. At the time of 2009 Operation Cast Lead assault, 85% of Gaza’s 1.5 million people depended on humanitarian aid for securing their basic needs, 80% lived below the poverty line, 70% of infants aged nine months suffered from anemia, and 13% to 15% of Gaza’s children were stunted in growth due to malnutrition. Amnesty International reported that Israel even barred infants from leaving Gaza to receive life-saving cardiovascular surgery. At checkpoints, Israeli soldiers show Palestinian children they are in full control over their lives as they arbitrarily decide how long to keep children from home and school. Palestinian youth are arrested in the middle of the night and indefinitely detained in military prisons where they are often tortured. The sonic booms from low altitude Israeli aircraft in the middle of the night over Gaza intentionally cause childhood night terror, bedwetting and hearing loss. Nurit Peled-Elhanan and the late Dr. Eyad El-Sarraj, director of the Gaza Community Health Programme, both said that the cruelest psychological effect on children is seeing their parents humiliated and debased by Israeli soldiers.

The late Israeli scholar Tanya Reinhart identified Israel’s “slow ethnic cleansing” strategy of killing a small number of Palestinians every day and of inflicting devastating injuries on children’s eyes, head, or knees. For example, on October 11, 2000, 16 people in Gaza were treated for eye injuries including 13 children, in Hebron 11 Palestinians including 3 children were treated for eye injuries, and 50 Palestinians were treated for eye injuries in Jerusalem. For the blind, crippled, and maimed, she writes that ‘their fate is to die slowly, far away from the cameras….[many] because they cannot survive crippled amidst the near starvation and infrastructure destruction that is inflicted on their communities.” The incremental killing is “not yet an atrocity” and the “’injured’ are hardly reported; they ‘do not count’ in the dry statistics of tragedy.” [2] Israeli prime ministers Netanyahu and Golda Meir have blamed Palestinian parents for Israel’s killing their children and for making Israel feel guilty about it. Silent daily crimes: Israeli soldiers raid Palestinian hospitals, injure patients including pregnant women.

If the “incremental genocide” is to be “never again”, past failures to fix anything must be a warning. In the 2014 massacre, ½ million people in Gaza lost their homes and after there was no money for reconstruction. (p.199 Rothchild) Oxfam reporting on the 2014 aftermath: “at current rates it could take more than 100 years to complete essential building of homes, schools and health facilities unless the Israeli blockade is lifted…. Less that 0.25 percent of the truckloads of essential construction materials needed have entered Gaza in the past three months. Six months since the end of the conflict, the situation in Gaza is becoming increasingly desperate. Gaza needs more than 800,000 truckloads of construction materials to build homes, schools, health facilities and other infrastructure required after repeated conflicts and years of blockade, according to aid agencies on the ground. Yet, in January only 579 such trucks entered Gaza.”

Oxfam report about the aftermath of the 2009 war, Cast Lead: “Despite the international community’s pledging billions to reconstruct the Gaza Strip after Israel razed much of it to the ground during its January offensive, donations have proved futile in the face of Israel’s persistent blockade that has prevented key building material from entering the Strip for security reasons. “Having a roof over one’s head is basic humanitarian need. The narrowest definition of humanitarian aid is food, water and shelter. The last necessitates the rebuilding of infrastructure, not just pitching tents amid the ruins.”

Israel took full control over Palestinian water days after the 1967 war. In the West Bank, industrial parks allow Israel’s most polluting and least profitable industries to dump waste on Palestinian land and water. Israel takes 30% of its water from the West Bank and Gaza aquifers, with 80% of the West Bank aquifer going to Jewish settlements.

Killing children with impunity is not unique to Israel. U.S. in 1991 and 2003 strategically bombed Baghdad’s electrical power station, knowing its effect on water and sanitation. The US Defense Intelligence Agency predicted that failure to secure supplies of clean water for much of the population” would lead to “increased incidences, if not epidemics of disease” and that the “United States knew sanctions had the capacity to devastate the water treatment system of Iraq. It knew what the consequences would be: increased outbreaks of disease and high rates of child mortality….The United States has deliberately pursued a policy of destroying the water treatment system of Iraq, knowing full well the cost in Iraqi lives.” [3] One-half million Iraqi children died in the 1990s as a result of UN sanctions and the destroyed infrastructure. According to the Lancet [4], between May 2003 and June 2008, 50% of Iraqi children under fifteen years of age were killed by coalition air strikes.

In drought-ridden and war-torn Yemen, devastated by American and Canadian weapons wielded by Saudi Arabia, the World Food Programme estimates that it would take an estimated $1.9b to save 400,000 children under five from dying of starvation in the next year but that it is facing a significant shortfall. Shameless: in the U.S., four white men’s personal wealth has increased by $129b in the last year. Action on Armed Violence estimates that the U.S. and Afghan airstrikes have killed 785 children and injured 813 since 2016. 40% of all civilian casualties from airstrikes in Afghanistan in the last five years were children.

The Biden administration is currently detaining over 20,000 unaccompanied migrant children — including toddlers — across more than 200 facilities in two dozen states with little to no oversight.

The recently disclosed information about Iranian weapons technology in the hands of Hamas and Hezbollah is of great concern: did Israel previously know the details about Iranian weapons in Gaza and Lebanon? How does the Iranian threat serve Israel and the U.S./NATO (including Canada) and their nuclear weapons policy, their opposition to the nuclear ban treaty, their first-strike option? There has been a series of Israeli provocations: Israel’s role in the assassination of Major General Soleimani; the assassinations of nuclear physicists most recently in November 2020; Israel’s opposition to the Iran nuclear deal (JCPOA), pressure on Biden to not re-open negotiations; the attack on the Natanz nuclear site. Israel is the only nuclear weapons power in the Middle East and its arsenal is aimed at Iran. It is urgent to demand inspection and dismantling of Israel’s nuclear arsenal.

*Dylan Thomas “A Refusal to Mourn, the Death by Fire, of a Child in London”

Judith Deutsch is a member of Independent Jewish Voices Canada and  former president of Science for Peace. She is a psychoanalyst in Toronto. She can be reached at:   judithdeutsch0@gmail.com

Judith Deutsch is a member of the Socialist Project, Independent Jewish Voices, and  former president of Science for Peace. She is a psychoanalyst in Toronto. She can be reached at: judithdeutsch0@gmail.com.