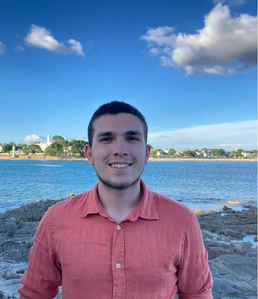 I’ve always held an interest in war and conflict. I had the opportunity to follow many war-related courses at university, introducing me to the geopolitical factors at stake. While strategy and tactics can be extremely insightful, it does not cover up for the hard felt consequences of war and the injustice of the latter. With that in mind, I thought to myself what would be the best course of action as a potential career. It became clear that preventing war felt like the most adequate and meaningful path to undertake. This is why World BEYOND War appeared as a fantastic opportunity to develop my know-how in terms of what methods are most efficient to stop war from happening.

What kinds of activities do you help with as part of your internship?

As of today, my tasks have mainly consisted of publishing articles that the organisation deems relevant to the cause. I’ve had the opportunity to keep up-to-date with current anti-war affairs all around the world thanks to that specific task. I have also provided support in an outreach project to help develop the organisation’s network by inviting other groups to sign the Declaration of Peace. I will soon be starting a project on a series of webinars dedicated to Latin American peace and security, which is an area of high interest to me, as well as helping to develop World BEYOND War’s Youth Network.

It became clear that it doesn’t require rocket science to be a peace activist. Being passionate and believing that your work makes a difference is a great starting point. Like for many of the vices that we face, education is always the best solution. Simply by spreading the word and evidence that non-violent methods can and do work in resolving conflict, you are already making great strides forward. Although anti-war movements are gaining a lot of momentum, there are still too many people that don’t believe in what we do. So show them that it works.

To be honest, when you keep hearing the usual clichés that war is part of human nature, that’s it’s inevitable and that a world with no wars is unrealistic, it can be quite exhausting. It certainly drives me to prove the pessimists wrong because no achievement has ever been made based on the belief that it couldn’t be done. The abundance of evidence that the activism is already reaping rewards is more than enough to keep going.

The pandemic has really painted a picture of the staggering inequalities that persist in our society. Considering that certain countries were already enduring the effects of war on top of the coronavirus, it was obvious not enough was done to support them. Not only did they not have the resources to provide tests and vaccines, they did not have the tools to keep up with the technological revolution that the pandemic induced. If anything, the coronavirus crisis has exacerbated the need to prevent war and as such, it’s only reinforced my willingness to get involved.