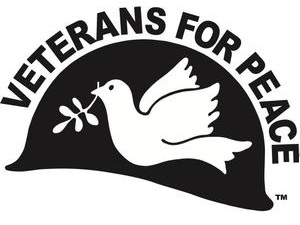 Veterans For Peace completely condemns the Trump Administration’s plans for a military parade later this year. We call on all people who believe in our nation’s democratic ideals to stand together and say no to this outrageous, pomp and circumstance parade of military personnel and hardware for no reason other than to feed a pompous ego.

The Administration claims that the purpose of the parade is to give, “a celebration at which all Americans can show their appreciation.” But there has not been a call by U.S. service members or veterans for a parade. In fact, Military Times conducted an informal poll with more than 51,000 respondents. As of the afternoon of February 8th, 89 percent responded, “No. It’s a waste of time and troops are too busy.”

If the president wants to show gratitude to the troops, provide real support:

Finally, stop these endless wars and turn away from war as the main tool of U.S. foreign policy. Nothing is more sacred to a soldier than peace. Countless deployments and a foreign policy that consistently creates new enemies is abusive and immoral. It guarantees a stream of deaths and broken families, bodies and minds. Killing and hurting people does not come easy.

With all this in mind, Veterans For Peace asks, what is the real reason for this parade? It can’t be for the people in uniform. Trump has been ramping up U.S. current wars which have no end and continue to deplete the service members he claims to support. After sixteen years of war, the U.S. has sent more troops to Afghanistan, with no plans to withdraw in sight. The U.S. is keeping a force in Syria and continuing a presence in Iraq nearly fifteen years after the March 2003 invasion. Trump is set on a conflict with Iran though most of the world is trying to work through the tensions. And the U.S. has troops in twenty countries in Africa that until October of last year, no one seemed to know about.

The parade proposal is only one of the ways Trump has been preparing the country for a new war on the Korean Peninsula for months. He keeps reminding us that all options are on the table. He has escalated rhetoric with the president of North Korea, Kim Jong-Un. He has all but said, war is the only option. And now Vice President Pence is attending the Winter Olympics in South Korea to ratchet up tensions.

This parade is an attempt to increase emotional zeal and pride in the U.S. populace for our Armed Forces. It is an effort to quash dissent by elevating U.S. military prestige and daring anyone to speak against, “the heroes that protect us”. He is attempting to pave the way for an attack on North Korea that will not be questioned without looking as if dissenters hate this country and will not support the men and women defending us.

But this is only part of his larger effort to change the meaning of our democracy. If this president is allowed to continue to increase his personal power, by default it will increase the power of the executive branch, with the military as the nation’s central institution. This is the natural outcome of years of abdication by Congress, (both Republican and Democrat) to hold the executive branch accountable for the conduct of endless wars with no boundaries, bloated military budgets, extrajudicial killings and torture, while also giving the executive branch limitless tools for surveillance.

This is a parade, not about service members, but about a delusional president who sees himself as the American strongman. The parade is one more step towards making his delusion our reality.