Veterans Day Is Not for Veterans 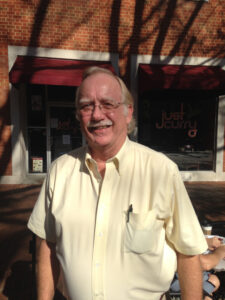 By David Swanson, for teleSUR

John Ketwig was drafted into the U.S. Army in 1966 and sent to Vietnam for a year. I sat down with him this week to talk about it.

“My read on the whole thing,” he said, “if you talk to guys who’ve been to Iraq and Afghanistan and look at what really happened in Vietnam, you run into what I call the American way of waging war. A young guy goes into the service with the idea you’re going to help the Vietnamese or Afghan or Iraqi people. You get off the plane and the bus, and the first thing you notice is wire mesh in the windows so grenades can’t come in. You immediately run into the MGR (mere gook rule). The people don’t count. Kill em all, let the dogs sort em out.* You’re not there to help the poor people in any way. You’re not sure what you are there for, but it’s not for that.”

Ketwig talked about veterans returning from Iraq having run children over with a truck, following orders not to stop for fear of IEDs (improvised explosive devices). “Sooner or later,” he said, “you’re going to have down time, and you’re going to begin to question what you’re doing there.”

Ketwig didn’t focus on speaking out or protesting when he returned from Vietnam. He kept fairly quiet for about a decade. Then the time came, and among other things, he published a powerful account of his experience called And a Hard Rain Fell: A GI’s True Story of the War in Vietnam. “I had seen body bags,” he wrote, “and coffins stacked like cordwood, had seen American boys hanging lifeless on barbed wire, spilling over the sides of dump trucks, dragging behind an APC like tin cans behind a wedding party bumper. I had seen a legless man’s blood drip off a stretcher to the hospital floor and a napalmed child’s haunting eyes.”

Ketwig’s fellow soldiers, living in rat-infested tents surrounded by mud and explosions, almost universally saw no possible excuse for what they were doing and wanted to return home as soon as possible. “FTA” (f— the Army) was scrawled on equipment everywhere, and fragging (troops killing officers) was spreading.

Air-conditioned policy makers back in Washington, D.C., found the war less traumatic or objectionable, yet in a way far more exciting. According to Pentagon historians, by June 26, 1966, “the strategy was finished,“ for Vietnam, “and the debate from then on centered on how much force and to what end.” To what end? An excellent question. This was an internal debate that assumed the war would go forward and that sought to settle on a reason why. Picking a reason to tell the public was a separate step beyond that one. In March, 1965, a memo by Assistant Secretary of “Defense” John McNaughton had already concluded that 70% of the U.S. motivation behind the war was “to avoid a humiliating U.S. defeat.”

It’s hard to say which is more irrational, the world of those actually fighting a war, or the thinking of those creating and prolonging the war. President Bush Senior says he was so bored after ending the Gulf War that he considered quitting. President Franklin Roosevelt was described by the prime minister of Australia as jealous of Winston Churchill until Pearl Harbor. President Kennedy told Gore Vidal that without the U.S. Civil War, President Lincoln would have been just another railroad lawyer. George W. Bush’s biographer, and Bush’s own public comments in a primary debate, make clear that he wanted a war, not just before 9/11, but before he was selected for the White House by the Supreme Court. Teddy Roosevelt summed up the presidential spirit, the spirit of those whom Veterans Day truly serves, when he remarked, “I should welcome almost any war, for I think this country needs one.”

Following the Korean War, the U.S. government changed Armistice Day, still known as Remembrance Day in some countries, into Veterans Day, and it morphed from a day to encourage the end of war into a day to glorify war participation. “It was originally a day to celebrate peace,” says Ketwig. “That doesn’t exist anymore. The militarization of America is why I’m angry and bitter.” Ketwig says his anger is growing, not diminishing.

In his book, Ketwig rehearsed how a job interview might go once he was out of the Army: “Yes, sir, we can win the war. The people of Vietnam are not fighting for ideologies or political ideas; they are fighting for food, for survival. If we load all those bombers with rice, and bread, and seed, and planting tools, and paint ‘From your friends in the United States’ on each one, they will turn to us. The Viet Cong cannot match that.”

But President Barack Obama has other priorities. He has bragged that he, from his well-appointed office, is “really good at killing people.” He’s also just sent 50 “advisors” to Syria, exactly as President Eisenhower did to Vietnam.

Assistant Secretary of State Anne Patterson was asked this week by Congresswoman Karen Bass: “What is the mission of the 50 special forces members being deployed to Syria? And will this mission lead to greater U.S. engagement?”

*Note: While I heard Ketwig say “dogs” and assumed he meant that, he tells me he said and meant the traditional “God.”