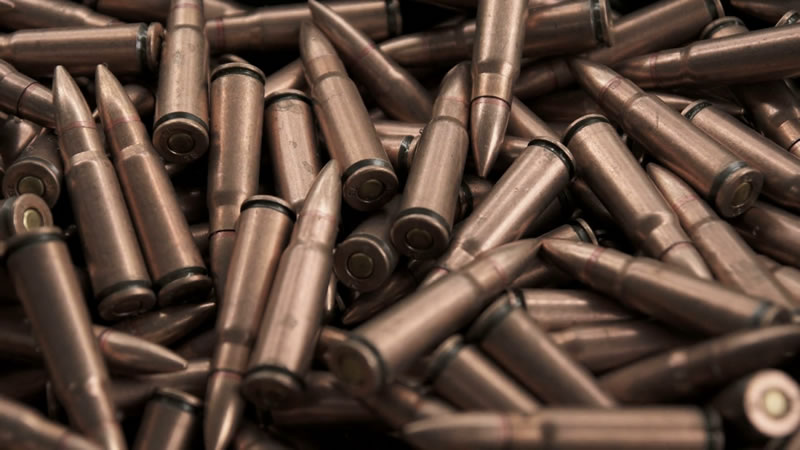 By David Swanson, Director of World BEYOND War

The government headquartered in Washington D.C. is to this day, and increasingly so, the top supplier of bullets to the world, as well as of the guns with which to fire them, as well as of military training in how to use them “successfully.” The U.S. government is an equal opportunity bullet dealer, providing them to dictatorships and democracies alike, just as with other weapons and training.

Most of the most violent areas on the planet, the places we think of as being somehow inherently violent, manufacture few if any weapons. The weapons dealing is overwhelmingly a north-to-south, rich-to-poor, and in good part west-to-east enterprise. And the United States is “number one.”

In writing a book called Curing Exceptionalism, I tried to identify something in which the United States truly was tops in the world. While I didn’t find anything admirable for that list, I did find some shameful things, prominent among them: weapons dealing.

According to the U.S. Census Bureau, the U.S. bullet business is booming, the country having exported a record $474.8 million worth of bullets between January and November 2018.

Here are some of the places those bullets went: 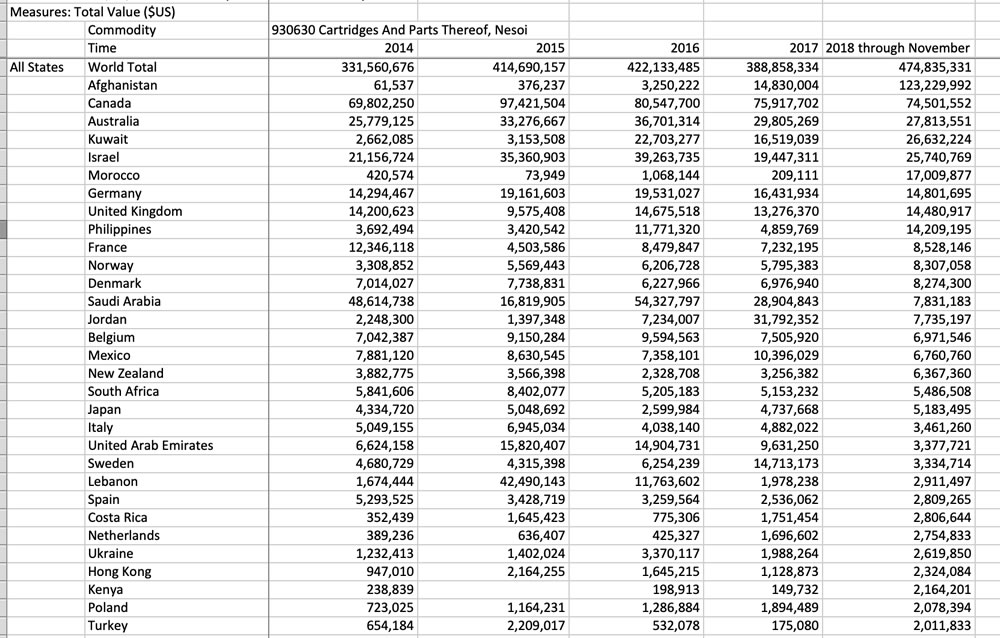 When a U.S.-made missile blows up a family or a school bus or a wedding, there’s sometimes a made-in-the-USA identification visible at the scene. When U.S.-made tear gas suppresses resistance to a U.S.-backed dictator, the same can often be said. Not so with bullets. But when a bullet takes a life anywhere on earth, there is a decent chance the bullet was made in the United States. Wars are often fought with U.S. weapons on both sides, including the side fighting against the United States. Examples include U.S. wars in Syria, Iraq, Libya, the Iran-Iraq war, the Mexican drug war, World War II and many others.

So the bullet-dealing “jobs program” that in reality eliminates, rather than adds to, jobs, may be dealing plenty of bullets destined to end the lives of, or severely injure, the very people who are generally advertised as mattering.

Domestically, U.S. culture has been infiltrated by the idea that black lives matter. But the majority of the dark-skinned human beings who will die from U.S.-made and/or U.S.-fired bullets live far from the United States. To my mind, their lives matter too. Yet I’m well aware that the most relevant difference between Venezuela and Norway, as oil-rich nations being, respectively, threatened with a coup and invasion and not threatened with anything of the sort, is the color of the skin of the inhabitants.

The least we can do, I think, is to be aware of what is happening. Renaming the basketball team the Bullets would be an honest educational step.