Trident: what you need to know before the parliamentary vote 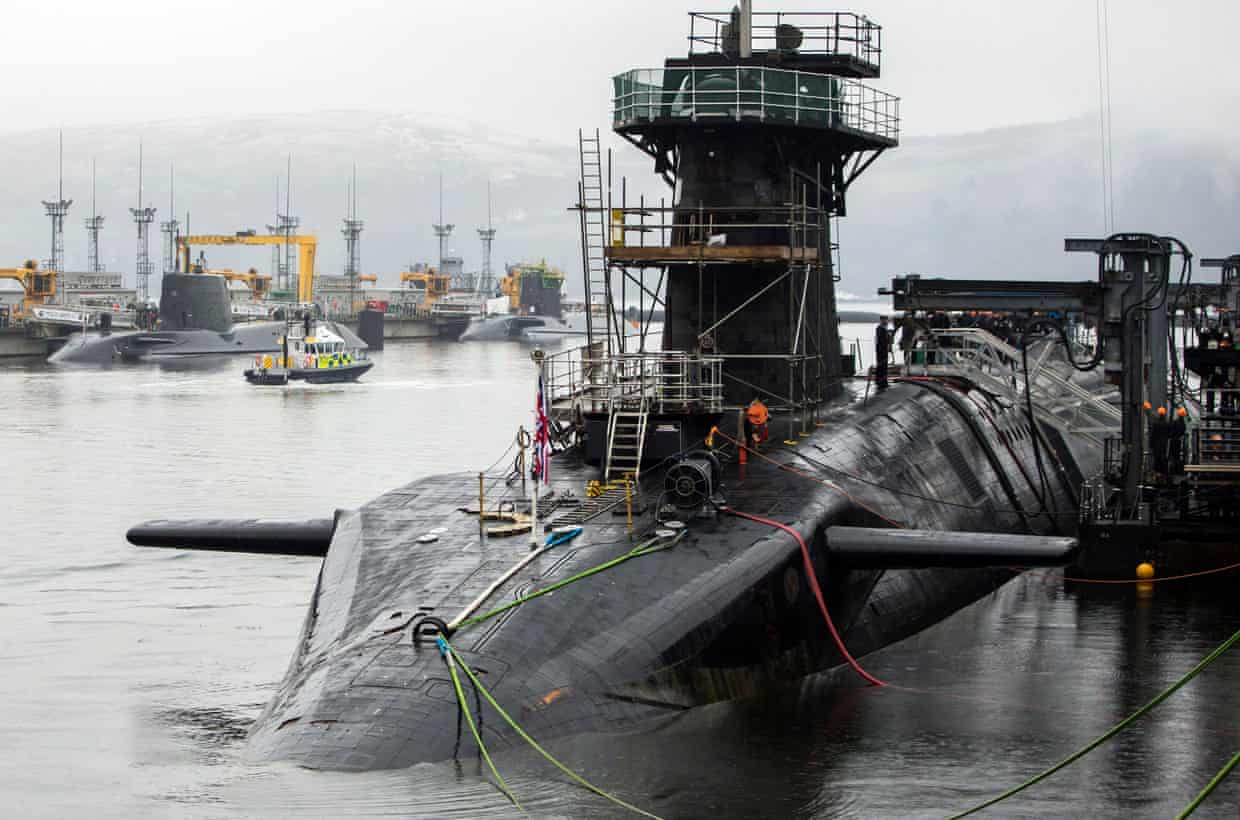 The UK’s nuclear deterrent is known collectively as Trident 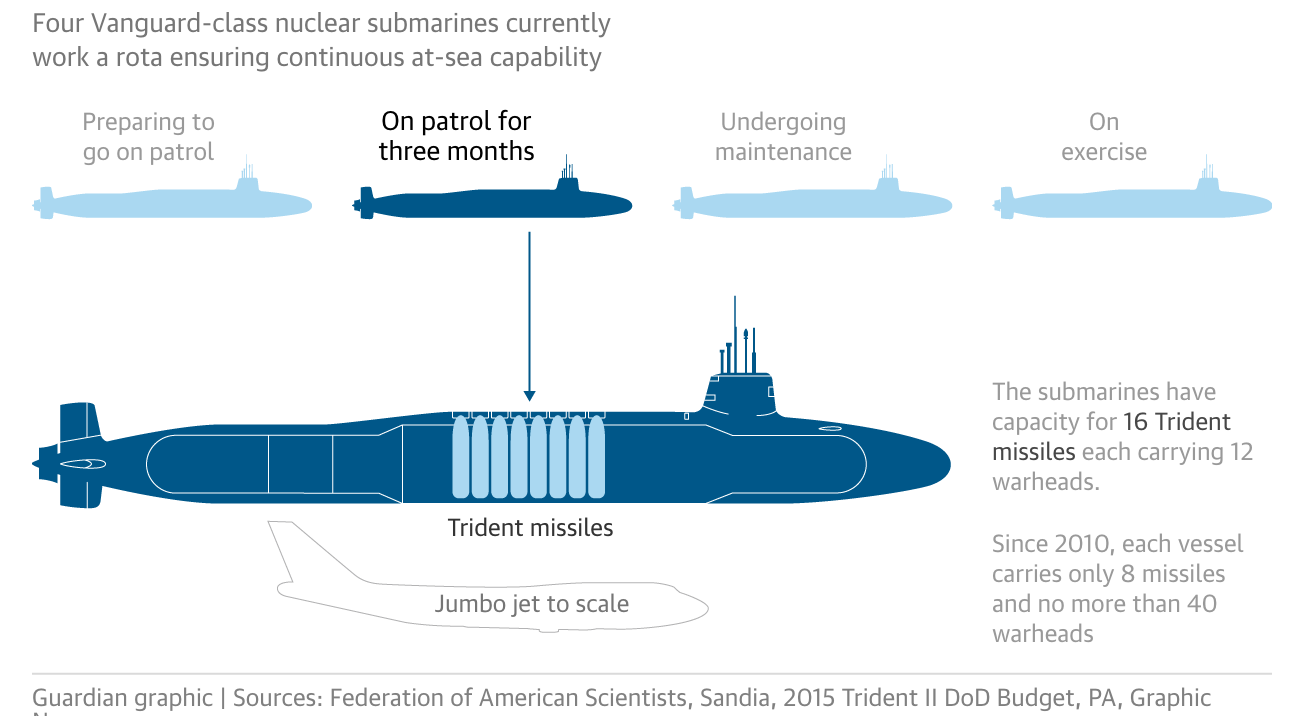 Four Vanguard-class nuclear submarines carry the US-made Trident ballistic missiles that give the weapons system its collective name and which each have the capacity to deliver up to 12 thermonuclear warheads.

The principle of continuous at-sea deterrence ensures at least one submarine is always on patrol, but only the British prime minister can authorise a missile strike. A safe within each vessel contains a sealed letter from the prime minister instructing the commanding officer about what to do in the event of a catastrophic nuclear attack that destroys the British government.

In 2006, a Ministry of Defence white paper estimated the cost of replacing the vessels to be between £15bn-£20bn and MPs voted the following year to begin the design phase for a new fleet of Successor-class submarines.

Estimated costs rose over the ensuing years, during which £3.9bn was spent on design work. The government deferred further action until the Conservative party included a final decision as a commitment in its manifesto for the 2015 general election. The MoD has earmarked £41bn for the submarines.

The Campaign for Nuclear Disarmament said the total cost will be at least £205bn. 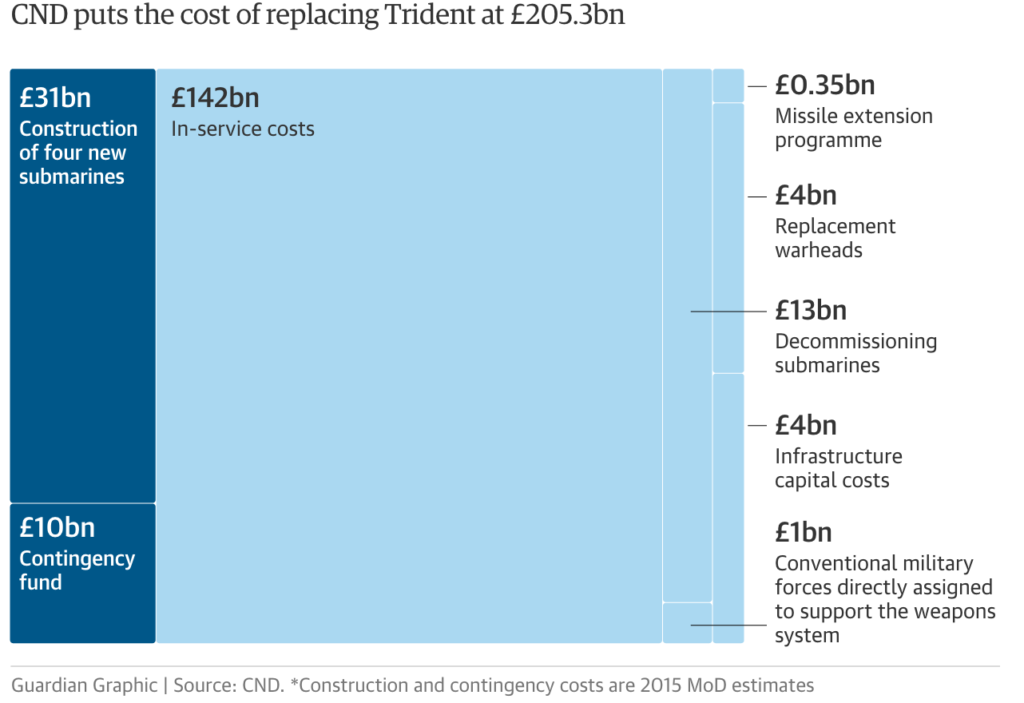 The Vanguard-class fleet operates out of the deep-water naval base at Faslane on the Clyde, but also makes use of the US navy’s base at Kings Bay in Georgia. Lockheed Martin Space Systems manufactures the Trident missiles at its factory in Sunnyvale, California. BAE Systems, Babcock International and Rolls-Royce are the main industrial partners in the Successor-class project. 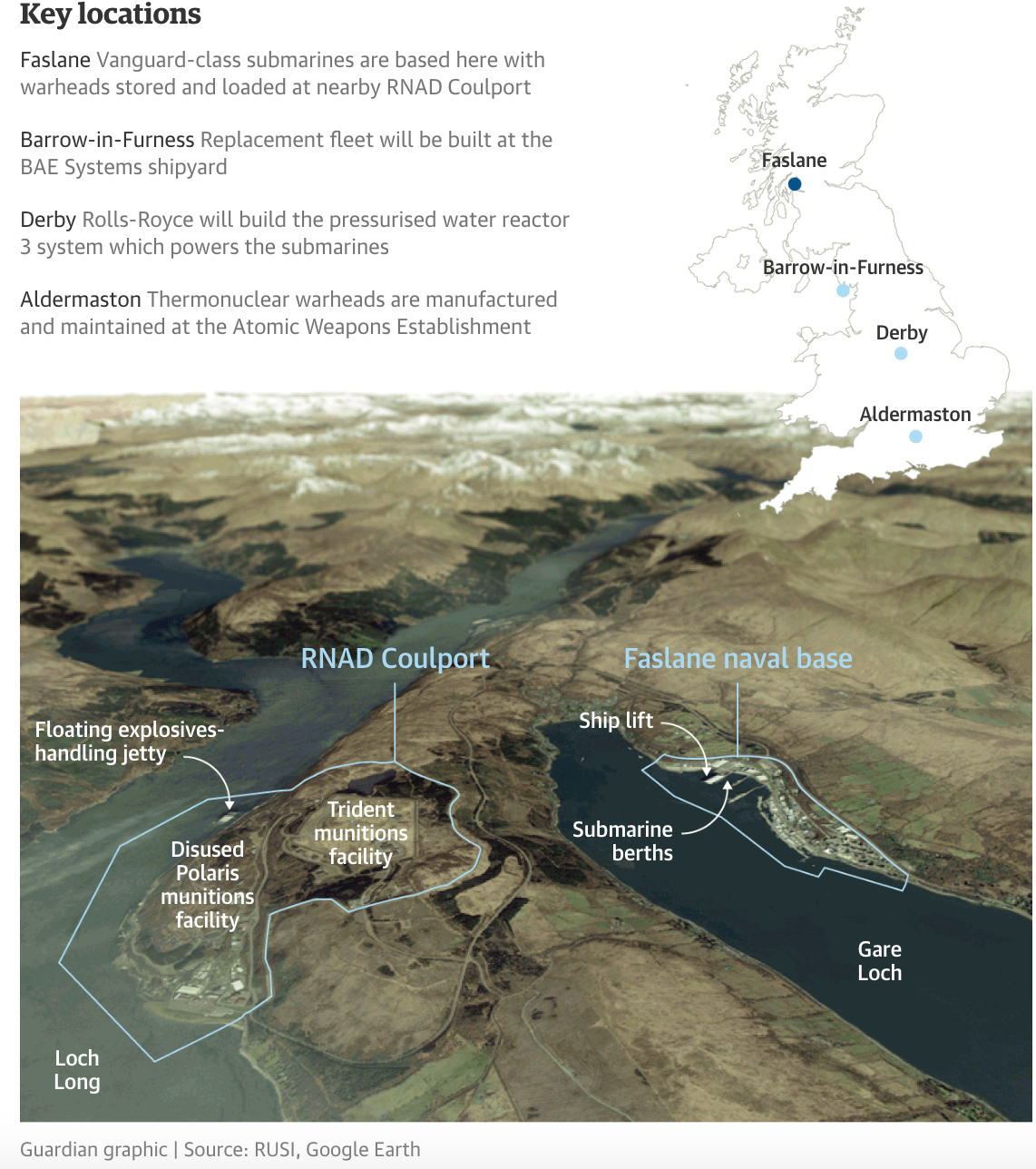 The MoD has stated that maintaining and sustaining Trident supports more than 30,000 UK jobs. Approximately 2,200 people across the MoD and all three companies are currently working on the Successor programme, of whom more than 50% are engineers and designers. Jobs are expected to peak at 6,000 during the build phase and involve an estimated 850 British companies in the supply chain.

The UK has the smallest stockpile of nuclear warheads among countries recognised under the terms of the treaty on the non-proliferation of nuclear weapons as having atomic weapons. Among these countries, the UK is also unique in relying on a single nuclear weapons system – Trident. There are nine known nuclear powers, chief among them the US and Russia, which retain formidable stockpiles despite substantial disarmament programmes. Pakistan, India and Israel are not party to the non-proliferation treaty.

Taken from The Guardian