Time to Build a Movement to Cut Runaway Military Spending 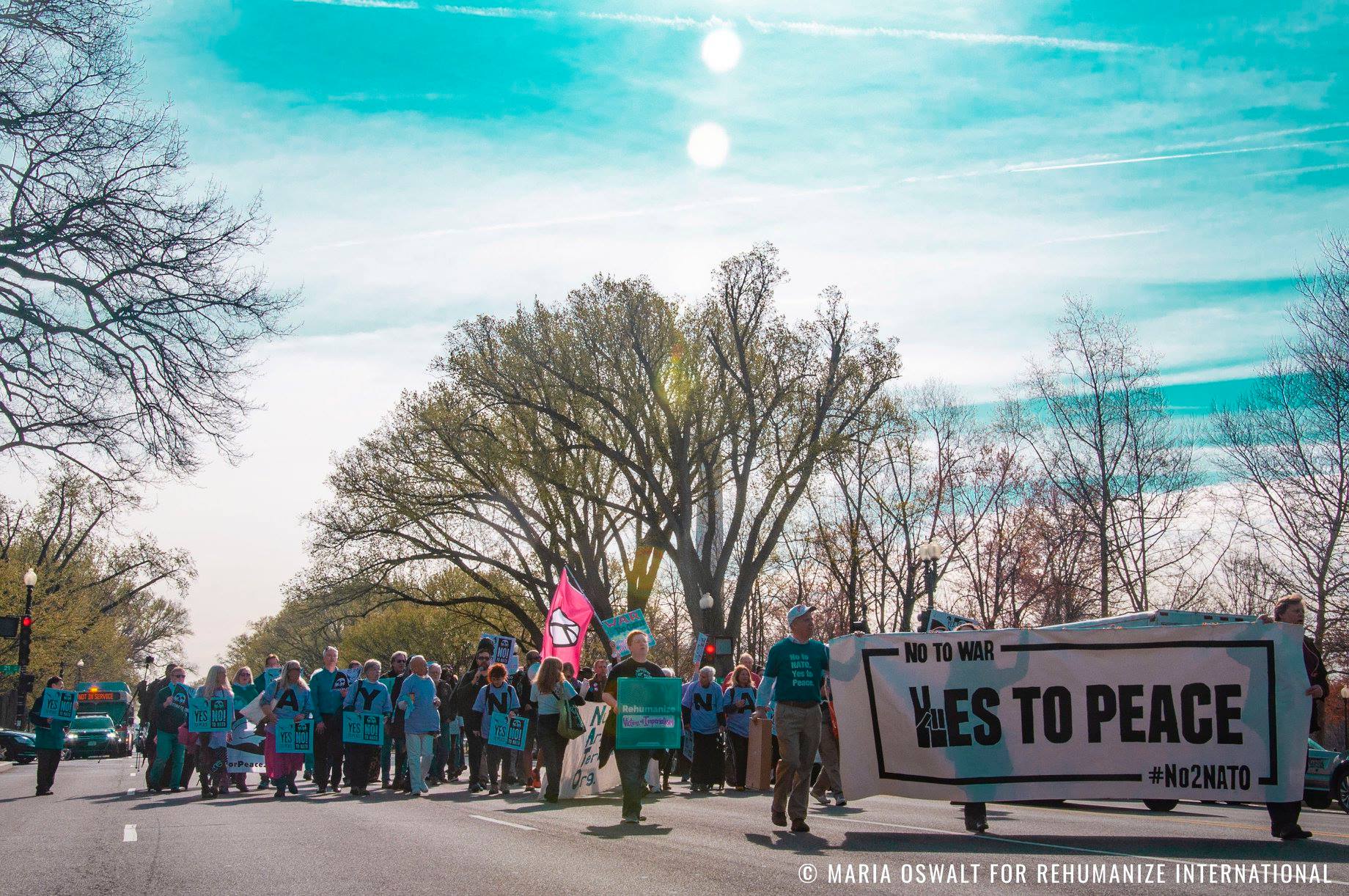 For many decades, the US antiwar movement has been calling on Congress to cut the Pentagon budget, now officially at $740 billion.

These demands were almost always ignored by Congress where the great majority of Republicans and Democrats have long been in the grip of the military-industrial complex. Every year Congress would ignore the antiwar movement and pass a bigger war budget. Only a few enlightened members of Congress would voice an objection.

But now, perhaps, there are the first glimmers of hope that the silence of Congress about the Pentagon budget may be coming to an end. It has taken crisis piled upon crisis to make Congress budge. It will take a movement to make Congress move further.

The sheer power of the military-industrial complex in U.S. politics can be measured by what it has taken to begin to shift Congress, even a little bit.

It has taken a pandemic that has killed upwards of 150,000 and infected 4.5 million Americans. It has taken unemployment levels not seen since the Great Depression, leading to immense federal, state and city budget deficits and looming savage cuts to public services and public employee jobs, wages and benefits.

The pandemic has exposed the inadequacy of an already weakened and tattered U.S. health care system, now called upon to meet an unprecedented public health emergency. The botched and callous Trump Administration response to the pandemic has laid bare all the racial and class inequalities in U.S. society.

The pandemic has exposed the gross disparity in access to decent health care suffered by Black, brown and other working people of color. These communities already faced structural inequalities in housing, education, income, and household wealth. These communities make up a disproportionate number of the essential workers who must expose themselves to the virus to put food on the table. They are disproportionately among the victims of the pandemic.

In response to this disastrous situation, on May 19, 2020, Rep. Barbara Lee (D-Oakland CA), along with Congressional Progressive Caucus co-chair, Representative Mark Pocan, led a group of 29 Democrats calling upon the Congress to cut the Pentagon budget by $350 billion. In their letter to the House Armed Services Committee, the authors stressed: “The enemy we’re fighting right now is COVID-19, so our sole focus should be on expanding testing, tracing, and treatment, funding towards vaccine development, and relief for the American people. Increasing defense spending now would be a slap in the face to the families of over 90,000 Americans that have died from this virus.”

However, within less than a month, the demand for $350 billion cut was reduced to a meager 10% ($74 billion), in the actual amendment introduced by Lee and Pocan on June 15, 2020. This $74 billion cut was also supported by Senators Bernie Sanders (I-VT) and Massachusetts Senator Ed Markey in their amendment introduced to the Senate. According to Rep. Pocan, these amendments “would take $74 billion in annual savings from the Pentagon — exempting salaries and health care — to create a domestic federal grant program to fund health care, housing, childcare and educational opportunities for cities and towns experiencing a poverty rate of 25 percent or more.”

Yet, in less than a month, despite the fact that the majority of the American people and more than 60 national economic, environmental, racial justice, and peace groups had endorsed the amendment, the 10% cut amendment failed in the House on June 21, 2020. The House vote for the Lee-Pocan Amendment was only 93 in favor (92 Democrats and 1 independent; no Republicans), and the NDAA passed with 139 Democrats and 185 Republicans voting for it.

According to the National Priorities Project, had this meager 10% cut passed, the funds thus saved could be re-allocated to cover:

Yet, the grip of the military-industrial complex and the defense contractors proved itself too strong for the majority of U.S. Congress to act in the interest of the American people.

Nevertheless, this phase of the struggle for 10% cut in the Pentagon budget signified a new beginning. It was the first time that the taboo of cutting the military budget was broken and 93 members of Congress defied the pressures of military establishment lobbyists and openly voted for it. On July 28, 2020, Reps. Lee and Pocan formed a new Congressional caucus, the Defense Budget Reduction Caucus, to continue the fight. “For too long, Congress has put the profits of defense contractors above the needs of the American people,” said Congressman Pocan. “Last week’s $740 billion defense budget represents a 20% increase in just four years at a time of relative peace. From unnecessary new nuclear weapons to the Space Force to the ballooning use of outside contractors — our Pentagon spending is growing more rapidly than needed with abundant waste and endless wars. With this new caucus, we hope to lead Congress in decreasing and redirecting the defense budget,” he said.

Spending colossal sums on a bloated Pentagon and endless wars was always mad. But in conditions of mass unemployment, fiscal crisis and an historic uprising against racial injustice crying for new political priorities, such spending is more insane than ever. The better forces in Congress already see these truths. The more a united antiwar movement and its allies can generate grassroots Move the Money campaigns in cities around the country, the sooner a majority in Congress will see it. (The Poor People’s Campaign, and the National Priorities Project, for example, are calling for cutting the Pentagon budget in half).

Here is how you can help:

For more information on how to get a local campaign started go to the new Move the Money to Human Needs! Campaign website: https://MoneyForHumanNeeds.org.