Time Out for Nukes! 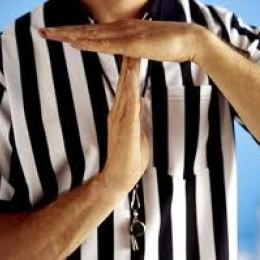 With 122 nations having voted last summer to adopt a treaty for the complete prohibition of nuclear weapons, just as the world has banned chemical and biological weapons, it seems that the world is locked in a new Cold War time-warp, totally inappropriate to the times.  We were warned last week by the Intergovernmental Panel on Climate Change, that prior calculations about the risk of catastrophic climate change were off, and that without a full scale immediate mobilization humanity will face disastrous rising sea levels, temperature changes, and resource shortages.

Now is an opportunity to take a time-out on nuclear gamesmanship, new threats, trillions of wasted dollars and IQ point on weapons systems that Presidents Reagan and Gorbachev acknowledged, back in 1987 at the end of the Cold War, could never be used, warning that “A nuclear war cannot be won and must never be fought.”

Now in 2018, more than 30 years later, when 69 nations have signed the treaty to ban the bomb and 19 of the 50 nations required to ratify the treaty for it to enter into force have put it through their legislatures, the United States and Russia are in an unholy struggle to keep the nuclear arms race going with the U.S. accusing Russia of violating the Intermediate Nuclear Force treaty which eliminated a whole class of  land-based conventional and nuclear missiles in Europe, and Russia planning new weapons systems in response to a whole stream of U.S. bad faith actions, the most egregious of which was President Bush walking out of the 1972 Anti-Ballistic Missile Treaty negotiated with the Soviet Union to ratchet down the nuclear arms race.

An honest appraisal of the bad actors in this frightening scenario for the destruction of all life on earth, must conclude that the U.S. has been the constant provocateur in the relationship, starting with Truman’s refusal of Stalin’s 1945 request to put the bomb under international control at the newly established UN, the mission of which was to “end the scourge of war.”

Of course Russia got the bomb. Further, Reagan refused to forego his Star Wars program to “dominate and control the military use of space,” so Gorbachev backed off on any further talk of nuclear abolition. Then Clinton rejected Putin’s offer to cut the arsenals of some 18,000 bombs at the time, to 1,000 each and call everyone to the table to negotiate for their elimination, provided the U.S. didn’t put its missiles in Eastern Europe.

The U.S. now has them in Romania, with a new missile emplacement to open this year in Poland, and NATO has been expanded up to Russia’s borders despite assurances to Gorbachev, when the wall came down and he miraculously freed all of Eastern Europe without a shot, that NATO would not move “one inch” to the East.

Mother Earth can ill-afford another nuclear arms race to nowhere.