There is an Alternative to War 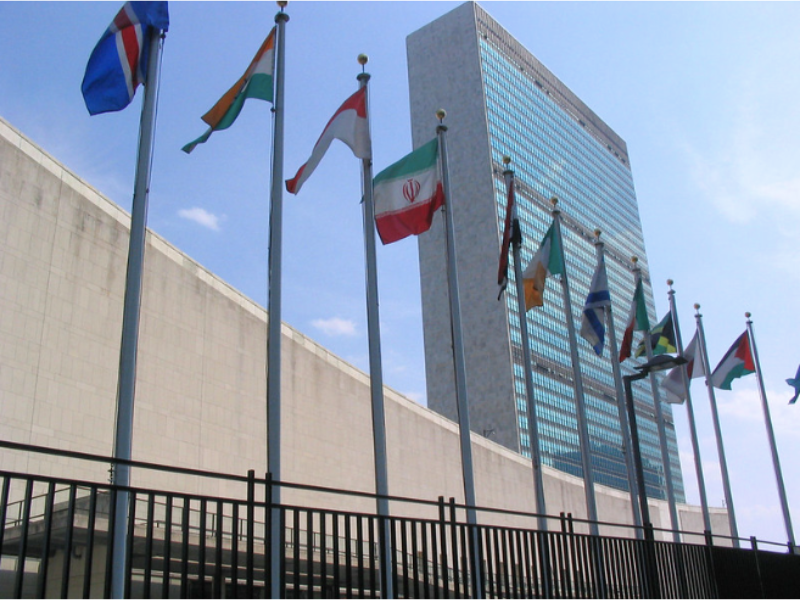 The war in Ukraine provides us with yet another opportunity to consider what might be done about the wars that continue to ravage the world.

The current Russian war of aggression is particularly horrific, featuring a massive military invasion of a smaller, weaker nation, threats of nuclear war, widespread war crimes, and imperial annexation. But, alas, this terrible war is but one small part of a history of violent conflict that has characterized thousands of years of human existence.

Is there really no alternative to this primitive and immensely destructive behavior?

One alternative, which has long been embraced by governments, is to build up a nation’s military might to such an extent that it secures what its proponents call “Peace through Strength.” But this policy has severe limitations. A military buildup by one nation is perceived by other nations as a danger to their security. As a result, they usually respond to the perceived threat by strengthening their own armed forces and forming military alliances. In this situation, an escalating atmosphere of fear develops that often leads to war.

Of course governments are not entirely wrong about their perception of danger, for nations with great military power really do bully and invade weaker countries. Furthermore, they wage wars against one another. These sad facts are not only demonstrated by the Russian invasion of Ukraine, but by the past behavior of other “great powers,” including Spain, Britain, France, Germany, Japan, China, and the United States.

If military strength brought peace, war would not have raged over the centuries or, for that matter, be raging today.

Another war-avoidance policy that governments have turned to on occasion is isolation, or, as its proponents sometimes say, “minding one’s own business.” Sometimes, of course, isolationism does keep an individual nation free from the horrors of a war engaged in by other nations. But, of course, it does nothing to stop the war—a war that, ironically, might end up engulfing that nation anyway. Also, of course, if the war is won by an aggressive, expansionist power or one grown arrogant thanks to its military victory, the isolated nation might be next on the victor’s agenda. In this fashion, short-term safety is purchased at the price of longer-term insecurity and conquest.

Fortunately, there is a third alternative―one that major thinkers and even, at times, national governments have promoted. And that is strengthened global governance. The great advantage of global governance is its replacement of international anarchy with international law. What this means is that, instead of a world in which each nation looks exclusively after its own interests―and thus, inevitably, ends up in competition and, eventually, conflict with other nations―there would be a world structured around international cooperation, presided over by a government chosen by the people of all nations. If this sounds a bit like the United Nations, that is because, in 1945, toward the end of the most destructive war in human history, the world organization was created with something like that in mind.

Unlike “peace through strength” and isolationism, the jury is still out when it comes to the usefulness of the United Nations along these lines. Yes, it has managed to pull the nations of the world together to discuss global issues and to create global treaties and rules, as well to avert or end many international conflicts and to use UN peacekeeping forces to separate groups engaged in violent conflict. It has also sparked global action for social justice, environmental sustainability, world health, and economic advance. On the other hand, the United Nations has not been as effective as it should be, especially when it comes to fostering disarmament and ending war. All too often the international organization remains no more than a lonely voice for global sanity in a world dominated by powerful, war-making nations.

The logical conclusion is that, if we want the development of a more peaceful world, the United Nations should be strengthened.

One of the most useful measures that could be taken would be to reform the UN Security Council. As things now stand, any one of its five permanent members (the United States, China, Russia, Britain, and France) can veto UN action for peace. And this is often what they do, enabling Russia, for example, to block Security Council action to end to its invasion of Ukraine. Wouldn’t it make sense to scrap the veto, or change the permanent members, or develop a rotating membership, or simply abolish the Security Council and turn over action for peace to the UN General Assembly―an entity that, unlike the Security Council, represents virtually all nations of the world?

Other measures to strengthen the United Nations are not hard to imagine. The world organization could be provided with taxing power, thus freeing it from the necessity for begging nations to cover its expenses. It could be democratized with a world parliament representing people rather than their governments. It could be bolstered with the tools to go beyond creating international law to actually enforcing it. Overall, the United Nations could be transformed from the weak confederation of nations that currently exists into a more cohesive federation of nations―a federation that would deal with international issues while individual nations would deal with their own domestic issues.

Against a backdrop of thousands of years of bloody wars and the ever-present danger of a nuclear holocaust, hasn’t the time arrived to dispense with international anarchy and create a governed world?

Dr. Lawrence Wittner, syndicated by PeaceVoice, is Professor of History emeritus at SUNY/Albany and the author of Confronting the Bomb (Stanford University Press).