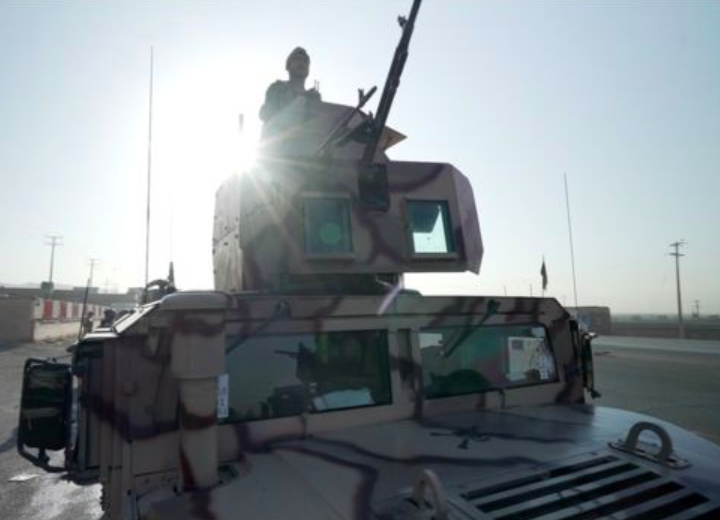 The trove of U.S. “Lessons Learned” documents on Afghanistan published by the Washington Post portrays, in excruciating detail, the anatomy of a failed policy, scandalously hidden from the public for 18 years. The “Lessons Learned” papers, however, are based on the premise that the U.S. and its allies will keep intervening militarily in other countries, and that they must therefore learn the lessons of Afghanistan to avoid making the same mistakes in future military occupations.

This premise misses the obvious lesson that Washington insiders refuse to learn: the underlying fault is not in how the U.S. tries and fails to reconstruct societies destroyed by its “regime changes,” but in the fundamental illegitimacy of regime change itself. As former Nuremberg prosecutor Ben Ferencz told NPR just eight days after 9/11, “It is never a legitimate response to punish people who are not responsible for the wrong done. If you simply retaliate en masse by bombing Afghanistan, let us say, or the Taliban, you will kill many people who don’t approve of what has happened.”

The “Lessons Learned” documents reveal the persistent efforts of three administrations to hide their colossal failures behind a wall of propaganda in order to avoid admitting defeat and to keep “muddling along,” as General McChrystal has described it. In Afghanistan, muddling along has meant dropping over 80,000 bombs and missiles, nearly all on people who had nothing to do with the crimes of September 11th, exactly as Ben Ferencz predicted.

How many people have been killed in Afghanistan is contested and essentially unknown. The UN has published minimum confirmed numbers of civilians killed since 2007, but as Fiona Frazer, the UN human rights chief in Kabul, admitted to the BBC in August 2019, “more civilians are killed or injured in Afghanistan due to armed conflict than anywhere else on Earth…(but) due to rigorous methods of verification, the published figures almost certainly do not reflect the true scale of harm.” The UN only counts civilian deaths in incidents where it has completed human rights investigations, and it has little or no access to the remote Taliban-held areas where most U.S. air strikes and “kill or capture” raids take place. So, as Fiona Frazer suggested, the UN’s published figures can be only a fraction of the true numbers of people killed.

It shouldn’t take 18 years for U.S. officials to publicly admit that there is no military solution to a murderous and unwinnable war for which the U.S. is politically and legally responsible. But the debacle in Afghanistan is only one case in a fundamentally flawed U.S. policy with worldwide consequences. New quasi-governments installed by U.S. “regime changes” in country after country have proven more corrupt, less legitimate and less able to control their nation’s territory than the ones the U.S. has destroyed, leaving their people mired in endless violence and chaos that no form of continued U.S. occupation can repair.

“Regime change” is a process of coercion designed to impose the political will of the U.S. government on countries around the world, violating their sovereignty and self-determination with an arsenal of military, economic and political weapons:

These “lessons learned” should lead to U.S. withdrawal from the countries we have wrecked, opening the way for the UN and other legitimate mediators to come in and help their people to form sovereign, independent governments and to resolve the intractable secondary conflicts that U.S. wars and covert operations have unleashed.

Secondly, the U.S. must conduct global diplomatic outreach to make peace with our enemies, end our illegal sanctions and threats, and reassure the people of the world that they need no longer fear and arm themselves against the threat of U.S. aggression. The most potent signals that we have really turned over a new leaf would be serious cuts in the U.S. military budget – we currently outspend the next seven or eight militaries combined, despite our endless military failures; a reduction in U.S. conventional forces and weapons to the level needed to meet our country’s legitimate defense needs; and the closure of most of the hundreds of U.S. military bases on the territories of other nations, which amount to a global military occupation.

Maybe most vitally, the U.S. should reduce the threat of the most catastrophic of all wars, nuclear war, by finally complying with its obligations under the 1970 Non-Proliferation Treaty, which requires the U.S. and other nuclear-armed countries to move towards “full and complete nuclear disarmament.”

In 2019, the Bulletin of the Atomic Scientists kept the hands of its Doomsday clock at two minutes to midnight, symbolizing that we are as close to self-destruction as we have ever been. Its 2019 statement cited the double danger of climate change and nuclear war: “Humanity now faces two simultaneous existential threats, either of which would be cause for extreme concern and immediate attention.” So it is a matter of survival for the U.S. to cooperate with the rest of the world to achieve major breakthroughs on both these fronts.

If this seems far-fetched or overly ambitious, that is a measure of how far we have strayed from the sanity, humanity and peaceful cooperation we will need to survive this century. A world in which war is normal and peace is out of reach is no more survivable or sustainable than a world where the atmosphere gets hotter every year. Permanently ending this entire U.S. policy of coercive regime change is therefore a political, moral and existential imperative.

Medea Benjamin, co-founder of CODEPINK for Peace, is the author of several books, including Inside Iran: The Real History and Politics of the Islamic Republic of Iran and Kingdom of the Unjust: Behind the U.S.-Saudi Connection
Nicolas J. S. Davies is an independent journalist, a researcher for CODEPINK, and the author of Blood on Our Hands: The American Invasion and Destruction of Iraq