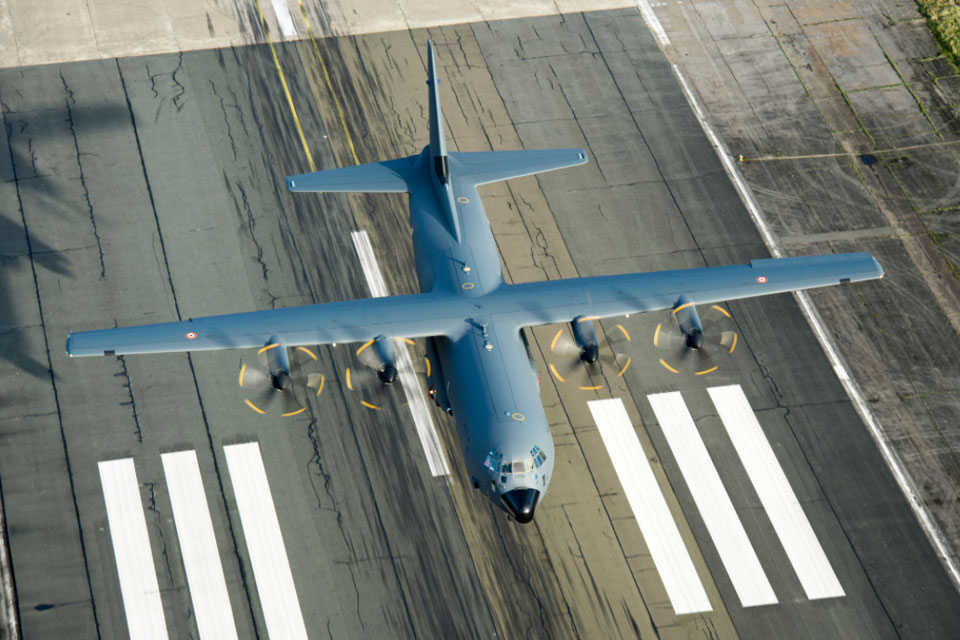 By Conflict and Environment Observatory, February 23, 2021

The carbon footprint of the EU’s military sector is significant – militaries and the industries that support them must do more to document their emissions.

Militaries are frequently exempt from publicly reporting their greenhouse gas (GHG) emissions and there is currently no consolidated public reporting of GHG emissions for the national militaries of the European Union. As high consumers of fossil fuels, and with military spending on the increase, greater scrutiny and overarching reduction targets that incorporate GHG emissions from the military are needed. Stuart Parkinson and Linsey Cottrell introduce their recent report, which examines the carbon footprint of the EU military sector.

Tackling the global climate crisis requires transformational action by all sectors, including the military. In October 2020, the Conflict and Environment Observatory (CEOBS) and Scientists for Global Responsibility (SGR) were commissioned by the The Left Group in the European Parliament (GUE/NGL) to undertake a broad analysis of the carbon footprint of the EU military, including both the national armed forces, and military technology industries based in the EU. The study also looked at policies aimed at reducing military carbon emissions.

To estimate the carbon footprint, available data was used from both government and industry sources from the six largest EU countries in terms of military expenditure, and the EU as a whole. The report therefore focused on France, Germany, Italy, the Netherlands, Poland and Spain. The report also reviewed policies and measures currently being pursued to reduce military GHG emissions in the EU, and their likely effectiveness.

From the available data, the carbon footprint of EU military expenditure in 2019 was estimated to be approximately 24.8 million tCO2e.1 This is equivalent to the annual CO2 emissions of about 14 million average cars but is considered a conservative estimate, given the many data quality issues we identified. This compares with the carbon footprint of the UK military expenditure in 2018 which was estimated at 11 million tCO2e in the earlier SGR report.

With the highest military spending in the EU,2 France was found to contribute approximately one-third of the total carbon footprint for the EU’s militaries. Of the military technology corporations operating in the EU that were examined, PGZ (based in Poland), Airbus, Leonardo, Rheinmetall, and Thales were judged to have the highest GHG emissions. Some military technology corporations did not publicly publish GHG emissions data, including MBDA, Hensoldt, KMW, and Nexter.

All EU Member States are party to the UN Framework Convention on Climate Change (UNFCCC), under which they are obliged to publish annual GHG emissions inventories. National security was often cited as a reason for not contributing data on military emissions to the UNFCCC. However, given the current level of technical, financial and environmental data already publicly available, this is an unconvincing argument, especially since several EU nations already publish a significant amount of military data.

There are currently several initiatives to investigate and support the move to lower carbon energy use in the military, including international schemes established by the European Defence Agency and NATO. For example, the European External Action Service (EEAS) published a Climate Change and Defence Roadmap in November 2020, which sets out short-, medium- and long-term measures for addressing these issues, including improving energy efficiency. However, it remains difficult to gauge their effectiveness without full GHG emission reporting being in place or published. More fundamentally, none of these initiatives consider changes to policies on military force structures as a way of reducing emissions. Hence, the potential is being missed, for example, for disarmament treaties to help tackle pollution by reducing the purchase, deployment, and use of military equipment.

Of the 27 EU Member States, 21 are also members of NATO.3 The NATO Secretary General acknowledged the need for NATO and the armed forces to contribute to reaching net zero carbon emissions by 2050 in a speech in September 2020. However, the pressure to raise military spending to hit NATO targets is likely to undermine this aim. Indeed, the poor quality of emissions reporting in this sector means that no one actually knows whether military carbon emissions are falling or not. A key step is thus for member states to calculate the specific carbon footprints of their militaries and then report these figures. More difficult will be persuading all members to carry out similar climate and carbon reduction actions when climate policies are not equally prioritised across the nations.

The CEOBS/SGR report identified a number of priority actions. In particular, we argued that an urgent review should be carried out of national and international security strategies to examine the potential to reduce the deployment of armed force – and hence reduce GHG emissions in ways not yet seriously considered by governments in the EU (or elsewhere). Such a review should include a strong focus on ‘human security’ goals – especially bearing in mind, for example, that recent neglect of health and environmental priorities has led to huge costs for society as it struggles to deal with the COVID-19 pandemic and the climate emergency.

We also argued that all EU nations should be publishing national data on the GHG emissions of their militaries and military technology industries as standard practice, and reporting should be transparent, consistent and comparative. Demanding targets should also be set for the reduction of military GHG emissions – consistent with the 1.5oC level specified within the Paris Agreement. This could include targets for switching to renewable energy from national grids and investment in on-site renewables, as well as specific reduction targets for the military technology industry. However, these measures should not be used as a way of avoiding changes in overarching security and military policies.

Furthermore, given that the EU armed forces are the largest land owner in Europe, military-owned land should also be better managed both to improve carbon sequestration and biodiversity, as well as being used to generate on-site renewable energy where appropriate.

With campaigns to #BuildBackBetter following the COVID-19 pandemic, there should be much greater pressure on the military to ensure that their activities are consistent with the UN climate goals and biodiversity targets.

You can read the full report here.

Stuart Parkinson is Executive Director of SGR and Linsey Cottrell is Environmental Policy Officer at CEOBS. Our thanks to GUE/NGL who commissioned the report.