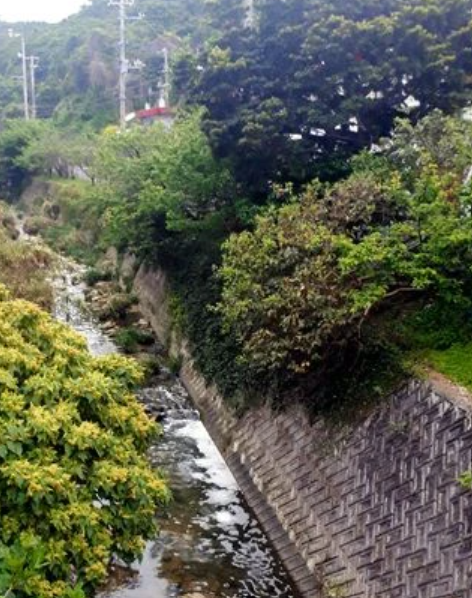 We are at a loss for words at the erratic attitude and behavior of the U.S. forces stationed in Okinawa Prefecture.

In an incredible move, the U.S. Marine Corps released late last month some 64,000 liters of water containing perfluorooctane sulfonic acid (PFOS), a toxic perfluorinated compound, from its Air Station Futenma, in the prefecture, into the sewage system.

PFOS was previously used in firefighting foam and other products. Amid rising concerns that PFOS could seriously harm human organisms and the environment, the production and use of the chemical substance are currently banned, in principle, by law.

The U.S. forces had approached Japanese officials with a plan to release the PFOS-tainted water on grounds that it would be too costly to dispose of by incineration. And they released the water one-sidedly while the governments of both nations were still holding talks over the matter.

The act is downright impermissible.

The government of Japan, which is typically half-hearted over similar matters for fear of displeasing U.S. officials, immediately expressed regret at the development this time. The Okinawa prefectural assembly unanimously approved a resolution of protest against the U.S. government and its military.

The U.S. forces explained the release entailed no danger because the water had been processed to reduce its PFOS concentration to low levels before it was dumped.

However, the city government of Ginowan, where the air station is located, said that a sewage sample was found to contain toxic substances, including PFOS, at more than 13 times the target concentration set by the central government for the purpose of controlling water quality in rivers and elsewhere.

Tokyo should call on U.S. officials for a clear explanation on the matter.

The Environment Ministry said last year that 3.4 million liters of firefighting foam containing PFOS were stored at sites across Japan, including fire stations, bases of the Self-Defense Forces and airports. Similar firefighting foam splattered during an accident in February at Air SDF Naha Air Base in Okinawa Prefecture, one of those storage sites.

In a separate development, it was recently learned that contaminants including PFOS had been detected at high concentrations in water tanks on the grounds of Naha Air Base. Defense Minister Nobuo Kishi said, in response, that he will have similar tests conducted at SDF bases across Japan.

Both cases amount to irregularities that should never be overlooked. The Defense Ministry should be rigorously held responsible for the lax management.

That said, SDF bases are at least accessible for investigations. When it comes to the U.S. forces in Japan, however, Japanese officials are kept totally in the dark about what amount of toxic materials they possess and how they are administering those substances.

That is because the supervisory authority over U.S. military bases in Japan lies with the U.S. forces under the Status of Forces Agreement. A supplementary agreement on environmental stewardship took effect in 2015, but the competence of Japanese authorities in that field remains ambiguous.

In fact, the central government and the Okinawa prefectural government have demanded, on multiple occasions since 2016, to enter the grounds of U.S. Kadena Air Base for on-the-spot inspections, because PFOS had been detected in high concentrations outside the base. However, the demands were turned down by the U.S. forces.

The prefectural government has been calling for an amendment to applicable rules so Japanese officials will be allowed promptly to enter the grounds of U.S. military bases because PFOS has been found constantly around U.S. bases in the prefecture, including Kadena.

The question is not limited to Okinawa Prefecture alone. Similar cases have arisen across Japan, including at U.S. Yokota Air Base in western Tokyo, outside which PFOS has been detected in wells.

The government of Japan should hold talks with Washington in response to the public’s concerns over the matter.

The U.S. forces refused to accept protests over the latest, unilateral release of contaminated water and instead only agreed to meet with a senior official of the Okinawa prefectural government in what they called an exchange of views.

That behavior is also seldom understandable. The U.S. forces’ high-handed manner will only deepen the rift between themselves and the Okinawans and entrench the latter’s mistrust into something indelible.