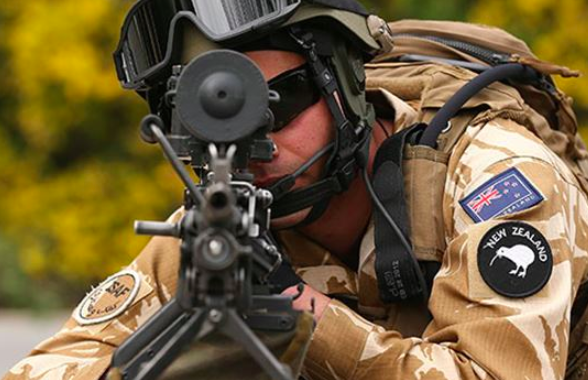 While there is much to commend about the shift in government thinking reflected in the Wellbeing Budget’s five priorities [1], the shocking increase in military spending shows the same old thinking about “security” remains – a focus on outdated narrow military security concepts rather than real security that meets the needs of all New Zealanders.

Military spending has increased in the 2019 Budget to a record total of $5,058,286,000 – an average of $97,274,730 every week. The increase is across all three of the Budget Votes where most military expenditure is itemised: Vote Defence, Vote Defence Force and Vote Education.[2] Overall, the difference between estimated actual military spending in the last Financial Year and this year’s Budget is 24.73%.

While any increase in military spending is unwelcome at any time, it is particularly unfortunate at a time when there is such a desperate need for increased social spending. Although the current government is apparently committed to orienting spending towards ensuring New Zealanders’ wellbeing, this deplorable increase in military spending shows that their thinking has not shifted far enough. Successive governments have said for decades that there is no direct military threat to this country but this has not yet translated into action about meeting our real security needs.

As the UN Secretary General said just last week: “States need to build security through diplomacy and dialogue … In our turbulent world, disarmament is the path to preventing conflict and sustaining peace. We must act without delay.” [3]

Instead of wasting billions of dollars on military expenditure each year – with many more billions planned for new combat equipment, frigates and military planes – it is time for a plan to phase out the armed forces and transition to civilian agencies that would meet our real needs.

Fisheries protection and maritime search and rescue could be better done by a civilian coast guard with inshore and offshore capabilities, which – along with equipping civilian agencies for land-based search and rescue and for humanitarian assistance – would be a much cheaper option in the long term as that would not require expensive military hardware.

Such a transition, along with increased funding for diplomacy and dialogue, would be a far more positive contribution to wellbeing and real security at the national, regional and global levels than continuing to maintain and re-arm small but costly combat forces.

Military spending does nothing to address the levels of poverty, homelessness, lack of access to comprehensive healthcare, low income, incarceration and despair affecting so many here in Aotearoa New Zealand; nor does it do anything to address the issues affecting the Pacific, including the impact of climate change and increased militarisation – military spending instead diverts resources that could be put to far better use. If we want genuine socio-economic and climate justice, new thinking about how best to meet our real security needs is essential – only then will we see an authentic Wellbeing Budget.

[1] “The Wellbeing Budget on 30 May is about tackling New Zealand’s long-term challenges. It will do this by focussing on five priorities: taking mental health seriously; improving child wellbeing; supporting Maori and Pasifika aspirations; building a productive nation; and transforming the economy”, NZ government, 7 May 2019, https://www.beehive.govt.nz/feature/wellbeing-budget-2019

[3] UN Secretary General António Guterres, on the first anniversary of the launch of ‘Securing our common future: An agenda for disarmament’ ( https://www.un.org/disarmament/sg-agenda/en ), 24 May 2019. The statement is available at https://s3.amazonaws.com/unoda-video/sg-video-message/msg-sg-disarmement-agenda-21.mp4