The National Security State Was One Big Mistake

By Jacob Hornberger, Media With Conscience. 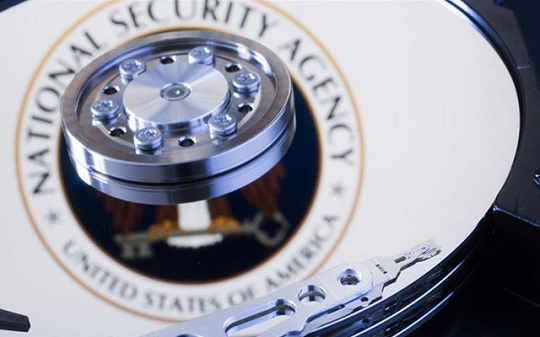 The year 1989 brought an unexpected shock to the U.S. national-security establishment. The Soviet Union suddenly and unexpectedly tore down the Berlin Wall, withdrew Soviet troops from East Germany and Eastern Europe, dissolved the Warsaw Pact, dismantled the Soviet Empire, and unilaterally brought an end to the Cold War.

The Pentagon, the CIA, and the NSA never expected such a thing to happen. The Cold War was supposed to go on forever. The communists were supposedly hell-bent on worldwide conquest, with the conspiracy based in Moscow.

For months and even years after the Berlin Wall came crashing down, there were right-wingers who were warning that it was all a gigantic ruse on the part of the communists, one designed to get America to let down its guard. As soon as that happened, the communists would strike. After all, as every member of the conservative movement and the national-security establishment asserted throughout the Cold War, one could never trust a communist.

But the Pentagon, the CIA, and the NSA were more than shocked over the end of the Cold War. They were also frightened. They knew that their very existence was based on the Cold War and so-called communist threat. With no Cold War and no worldwide communist conspiracy based in Moscow, people were likely to ask: Why do we still need a national-security state?

Keep in mind, after all, that that is the reason why America’s federal governmental structure was converted from a limited-government republic to a national-security state after World War II. U.S. officials said that the conversion was necessary in order to protect America from the Soviet Union, Red China, and communism. As soon as the Cold War was over and communism was defeated, U.S. officials said, the American people could have their limited-government republic back.

But of course no one ever thought that would happen. Everyone believed that the national-security state way of life had become a permanent part of American society. A massive, ever-growing military establishment.  A CIA assassinating people and engineering coups around the world. Partnerships with extreme dictatorial regimes. Regime change operations. Invasions. Foreign wars. Secret surveillance schemes. Death and destruction. It was all deemed to be necessary, just one of those unfortunate things that happen in life.

And then the Russians did the unspeakable: They unilaterally ended the Cold War. No negotiations. No treaties. They just ended the hostile environment at their end.

Immediately, Americans began talking about a “peace dividend,” which, not surprisingly, equated to a drastic reduction in military and intelligence spending. While only libertarians were raising the discussion to a higher level — i.e., why can’t we now have our limited government republic back? — the national-security establishment knew that others would inevitably begin asking that question.

They were freaking out in those days. They were saying things like: We can still be important and relevant. We can help win the drug war. We can promote American businesses abroad. We can be a force for peace and stability in the world. We can specialize in regime change.

That’s when they went into the Middle East and began poking hornets’ nests with death and destruction. When people retaliated, they played the innocent: “We have been attacked because of hatred for our freedom and values, not because we have been poking hornets’ nests by killing hundreds of thousands of people, including children, in the Middle East.”

That was how we got the “war on terrorism,” and the judicially supported totalitarian-like powers of the president, the Pentagon, the CIA, and the NSA to assassinate Americans or just to round them, incarcerate them, and torture them, and massive expansions of secret surveillance schemes, all without due process of law and trial by jury.

But always lurking behind the war on terrorism was the possibility of resuming the Cold War against the commies, which would then give the national-security establishment two big official enemies by which it could justify its continued existence and its ever-growing budgets, power, and influence: terrorism and communism (which, coincidentally, were the two big official enemies that Hitler used to secure passage of the Enabling Act, which gave him extraordinary powers).

And now they’re making it look like it’s both the terrorists (which have morphed into the Muslims) and the communists who are coming to get us. Call it Cold War II, with the war on terrorism thrown into the mix.

The communists were never coming to get us. There never was a worldwide communist conspiracy based in Moscow that was going to conquer the world. It was all balderdash, nothing more than a way to keep Americans perpetually frightened so that they would continue to support the alteration of the federal government to a national-security state.

Throughout the Vietnam War, they told us that if Vietnam fell to the communists, the dominoes would continue falling under the United States would end up under communist rule. It was a lie from the very beginning.

Throughout the Cold War, they told us that Cuba was a grave threat to national security. They said that the island was a communist dagger pointed at America’s throat from only 90 miles away. They even brought the country to the brink of nuclear war, convincing Americans that Soviet missiles were being placed in Cuba so that the communists could start a nuclear war with the United States.

Those Soviet missiles were placed in Cuba for one reason and one reason alone: for the same reason that North Korea today wants nuclear weapons: to deter U.S. aggression in the form of another invasion of Cuba for the purpose of regime change.

That’s precisely what is happening in Korea today. Unable to let go of the Cold War and leave Korea to the Koreans, the U.S. national-security establishment has never let go of its decades-long obsession with regime change in North Korea.

North Korea is not stupid. It knows that the way to resist U.S. aggression is with nuclear weapons, just like Cuba successfully did back in 1962. That’s why it has been doing its best to acquire them — not to start a war but to deter the U.S. government from doing what has done in Iran, Guatemala, Iraq, Afghanistan, Cuba, Chile, Indonesia, Congo, Libya, Syria, and others. That’s also why the U.S. national-security establishment wants to stop North Korea’s nuclear-bomb program — in order to be able to bring regime change to North Korea with a regular war rather than a nuclear war.

The biggest mistake in U.S. history was when the American people permitted the conversion of their government from a limited-government republic to a national security state. Americans should have stuck with their founding principles. Over the years, Americans and the world have paid a big price for that mistake. If things continue spiraling out of control in Korea, the price might soon get much higher, not only for the Korean people and U.S. troops dying in masse but also for thousands of young American men and women who will be conscripted to fight another land war in Asia, not to mention for hard-pressed American taxpayers, who will be expected to fund the death and destruction in the name of “keeping us safe” from the communists.

Jacob G. Hornberger is founder and president of The Future of Freedom Foundation.