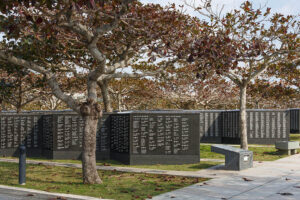 This commentary is by John Reuwer, M.D., of South Burlington, a member of the Physicians for Social Responsibility Committee to Abolish Nuclear Weapons and the board of directors of World Beyond War.

The threat of war between the United States and Russia over the conflict in the Ukraine clearly shows us that the possession of 90 percent of the world’s nuclear weapons does not make either nation feel secure.

Should a conventional war break out in Eastern Europe, and one side starts to lose badly, who would be surprised if small tactical nuclear weapons were used in effort to prevent defeat?

If the nuclear threshold were crossed for the first time since 1945, what would prevent escalation to strategic weapons and nuclear Armageddon? The only sure way to prevent that disaster is to reduce and eliminate the weapons.

In spite of allegedly insufficient funds to address so many crises staring us in the face, tens of billions of tax dollars are being spent building new nuclear weapons, as if they provided protection.

Despite dreams of “Star Wars,” no one has a reliable defense against nuclear weapons. If our incredible luck persists in not stumbling into unbridled catastrophe, the very production of these weapons leaves a trail of environmental destruction that is almost impossible to clean up.

Yet the risk of nuclear war and the poisoning of the earth necessary to prepare for it are threats that we can actually fix in a relatively short period of time. Nuclear weapons are not acts of God. They are a policy choice about how to spend our tax dollars. They are manufactured by people and can be dismantled by people.

As a matter of fact, Russia and the U.S. have dismantled 80% of them since 1980. Does anyone feel less safe now that Russia has 25,000 few nuclear warheads? The money saved not building new weapons can be used to provide jobs dismantling old ones (on all sides), cleaning up the toxic mess they made, and funding diplomatic initiatives to prevent war. We’d likely have money left over to make medical care more available, or to address climate issues.

The U.S. could lead the other nuclear-armed powers into a multilateral, verifiable agreement like the Treaty on the Prohibition of Nuclear Weapons that went into effect for last year. Yet history tells us governments will not negotiate disarmament unless pressured by ordinary people to do so. This is where we come in.

Vermont played a major role in the Nuclear Freeze movement of the 1980s that led to those reductions, and can again lead in this new effort to preserve our future. Hundreds of Vermont cities back then passed anti-nuclear resolutions, and have started to do so again, calling on the federal government to adopt policies that bring us back from the brink of war. Three years ago the Vermont Senate passed the very powerful SR-5, opposing nuclear weapons delivery systems in the state. A similar bill sits in the House.

Twenty-one Vermont House members are co-sponsoring JRH 7. Joining the Senate in passing this resolution would mean Vermont speaks with a united voice against preparing to wage a nuclear war. We can make this happen.

I urge everyone to contact their state House representatives asking them to move this resolution forward to adoption. Let us speak up and preserve the future for our children and grandchildren.