World Beyond War’s Terry Crawford-Browne said the blast occurred shortly after engagements with national government on the hazards of the plant. 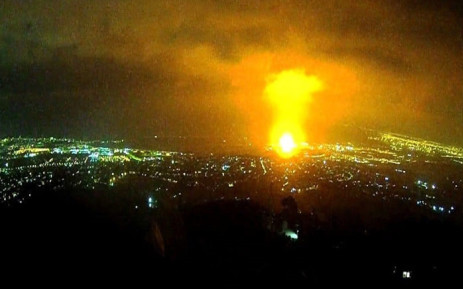 His comments come after another explosion occurred at the Helderberg site late on Sunday night.

Protestors from World Beyond War had gathered outside the compound last Friday, demanding urgent closure and inspection of the plant.

The organisation’s Terry Crawford-Browne said the blast occurred shortly after engagements with national government on the hazards of the plant.

“We did have a demonstration outside Rheinmetall on Friday morning and presented a memo to legal advisor and then yesterday, there was a meeting with the minister of labour who said he would refer the matter to his colleagues – minister of defence and the minister of environmental affairs.”

However, unlike the plant’s 2018 blast, which killed eight workers, RDM CEO Jan-Patrick Helmsen said no injuries were reported from Sunday night.

“The fire broke out in our building in Somerset West contained to a specific magazine building. No injuries, no casualties were reported,” Helmsen said.

Crawford-Browne said given its status as a national key point, the public may never know the full extent of the damage from the latest explosion.

“What are the risks for not only the workers but also the community? What is the pollution that comes out of this fire and the previous explosion? Does it impact on the health of the community, water and so forth? This is all covered by secrecy in the National Key Points Act,” said Crawford-Browne.