For an Era of Peace: Ongoing History of an Initiative to Abolish War as a Constitutional Precept in Chile. 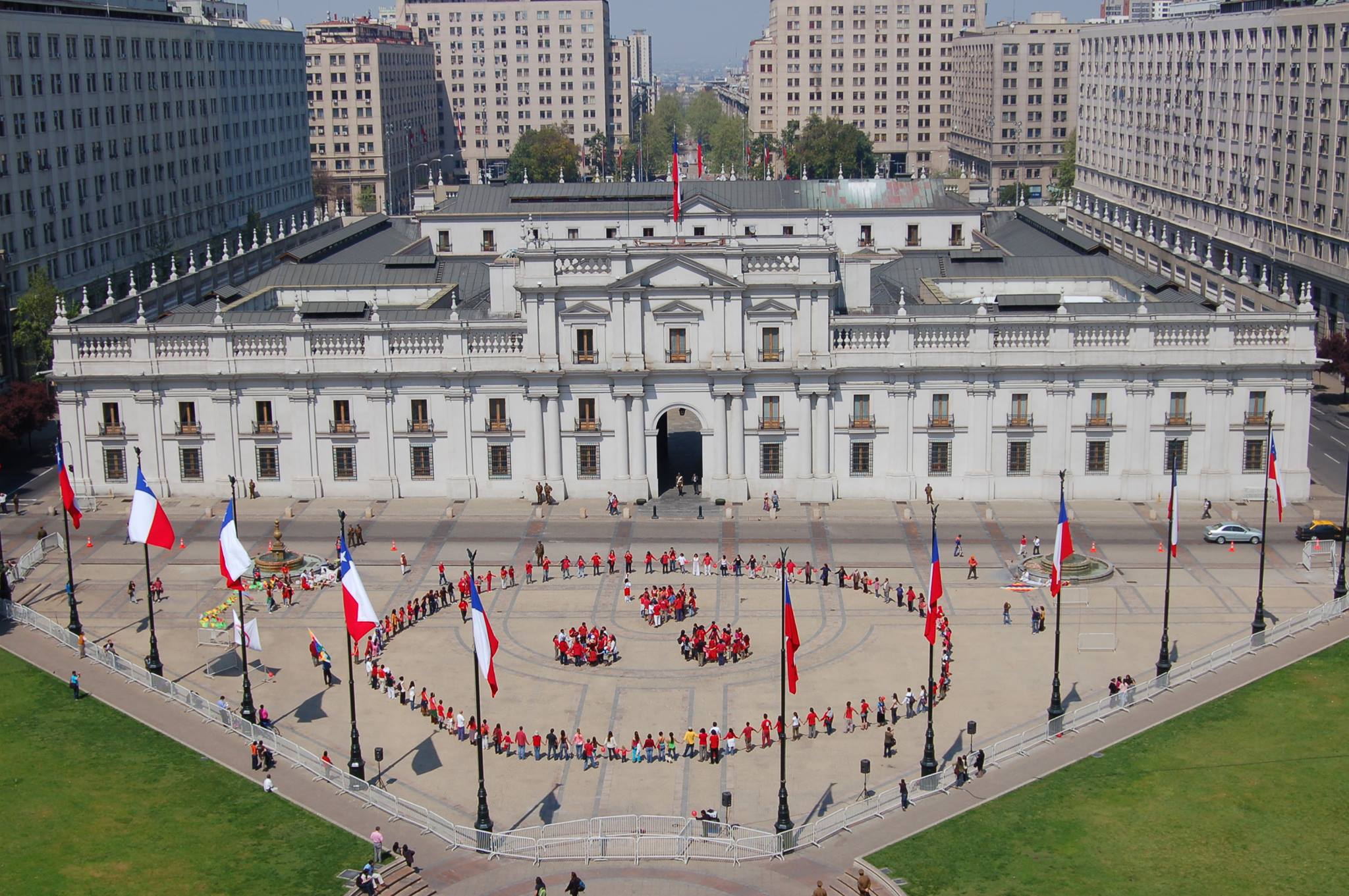 Note on an intervention made before the elected constituent body in Chile with the request to focus the fundamental agreements on the construction of a culture of peace and to abolish war, from the perspective of indicating the existence of an emerging and global Nation of Peace.

An important process is taking place in Chile. The social unrest in the face of a crisis caused by multiple factors led to protests that led to an outburst of conscience that occurred on October 18, 2019, when the people exploded to say “Enough”. The people took to the streets. Then, an Agreement for Peace called for a referendum that later resulted in the Constitutional Convention, a constituent body of the Republic of Chile in charge of drafting a new Political Constitution.

We, the authors of this announcement, have delivered a letter and made a presentation to the Nationality Commission, which is also the Constitutional Principles, Democracy and Citizenship Commission of the Constitutional Convention, to state that it is our intention to belong to the Emerging Rainbow Nation that we describe later in this letter.

In our conversations prior to the dialogue with the Constitutional Convention, a clear conflict surfaced when comparing the current economic system that facilitates the exchange and transit of goods between countries, and social laws that hinder the movement of humans. It is our opinion that our society, focused on economic growth, gives preference to the free transit of tradable goods before the free transit of humans. In what has become known as the Emerging Nation, we propose to facilitate the free transit of people, starting with those who can certify themselves as people of peace and/or guardians and restorers of Mother Earth.

The presentation before the Constitutional Convention has allowed interaction between people who ascribe to this idea of the Emerging Nation; adherents to the promotion of the flag of peace, organizations such as World Without Wars, and international representatives of organizations for the abolition of war such as World BEYOND War.

Cecilia Flores, from World Without Wars has requested us to include in this letter, the following invitation for a great March to be held in 2024:

“I imagine a new human existence in peace, harmony and without violence, with a sustainable planet and a conscious, living and decontaminated natural environment. I imagine a world and a non-violent Latin America in the future, where we work every day to leave a better world for our children and grandchildren, a place that inspires us to live, enjoy, create, share and generate changes from within ourselves.

“My name is Cecilia Flores, I am from Chile, part of the World Without War and Without Violence global coordination team, and I invite you to co-create together and join us in our Third World March for PEACE and Nonviolence next year 2024.”

From a letter to the Constitutional Convention signed by:
Beatriz Sanchez and Ericka Portilla
Coordinators 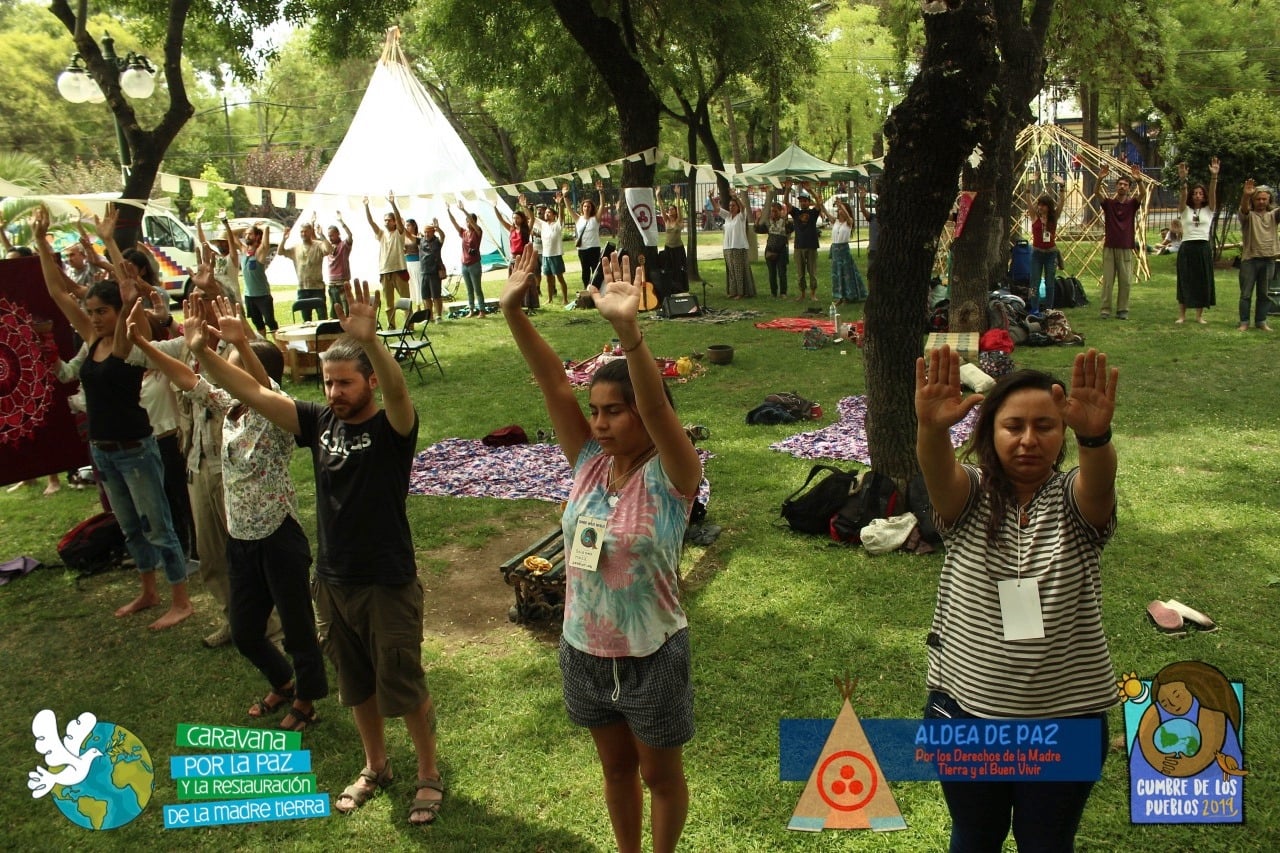 In the first place we thank life and all beings of the visible and invisible worlds. We are also deeply grateful for the existence of this opportunity to participate. We have followed attentively the constitutional  process, celebrate the achievements, and intend to cooperate with overcoming the difficulties.

We address you in the interest of requesting the recognition of an Emerging Nation that encourages  the friendship of Humanity to live in Peace and cooperate in the restoration of Mother Earth.

We add to our Chilean nationality, the idea that we also belong to a global and Emerging Nation.

We inhabit a wonderful and beautiful Earth and we are witnessing an awakening of collective consciousness. Being aware of this process invites us to do our part to get out of the current crisis.

We believe that this is a time of healing, and a change of paradigm and worldview in which it is  essential is to turn our attention to the Self, to end the culture of war and separation, and build a culture of peace. We want our national community in a broad sense to place the care of life as the main social foundation.

Miguel D’Escoto Brockman described the current crisis in a speech in 2009 at the United Nations to analyze the financial crisis of 2008, as “multiconvergent”. Following, we outline twelve contributors to this crisis that we distinguish:

1. The constant risk of apocalyptic armageddon due to the 1,800 nuclear warheads on high alert that the nuclear powers have at their disposal, and the countless computer malfunctions that are frequently experienced in their operating platforms.

2. The idea of separation.

3. A climate crisis that has brought 26 high-level meetings between the world’s plenipotentiaries without satisfactory results.

6. The disregard of people shown by the political elite.

7. The mass media propagating the stories of anyone who will pay.

9. The scourge of drug trafficking.

10. The normalization and acceptance of the war industry and the existence of standing armies.

11. The lack of understanding in the dialogue with indigenous leaders and their beliefs and practices.

12. Widespread apathy and the lack of will to contribute to the momentum of non-violent change.

The sum of the challenges listed above makes us understand that the diagnosis is a crisis of civilization such as has never been seen before.

We see the value of, and are hopeful, that the Constitutional Convention opens as a space to think and co-design the great agreements with which to glimpse a new millennia of peace.

We believe that the beginning of the great foundational conversation has to be, as in every organization, answering the question: Who are we?

It is in response to this question that we have addressed the Commission on Constitutional Principles, Democracy, Nationality and Citizenship. We declare that we feel part of the Emerging Nation that is globally clamoring for the end of all wars, and for the beginning of an era of Peace.

We recognize ourselves to be in dialogue with all corners of the Earth, using a language which gives equal value to the poetic, the scientific and the spiritual. We tune in to the perception of the dawn of a new era, a collective consciousness emerging through a culture of collaboration. We value the differences of the diverse, and recognize that We Are One and interdependent.

Our approach to end all wars is to focus our energies on self-transformation, and to begin by making peace with ourselves.

We will work to rescue the virtues of the diversity of global lineages and wisdom in an effort to make this historical transition.

We include, and abide by, this passage of an Agreement between indigenous leaders signed in Colombia after 4 years of meetings in a ceremonial “kiva”, or “spiritual meeting place”:

“We are the fulfillment of the dream of our ancestors.”

This Agreement bears the name,  United Nations of the Spirit.

A special characteristic of this identity as an Emerging Nation is that we pay attention to ancestral knowledge. In doing this, we  advance in a process of decolonization, and begin a process of relearning. We are thus able to question and explore those unquestioned truths that the dominant civilization (Greco-Roman and Judeo-Christian) has imposed,  and therefore highlight sociocracy and cosmogeocracy as additional  and alternative tools to explore a  “democratic” form of government.

We also believe that we can explore different organizational forms of “Nation States” since, as a formula of governance, they do not seem to be responding to the great challenges of our time.

We believe in the value of circular and horizontal organizations, which require a culture of cooperation rather than competition.

As an example, it makes sense to us the request to change the Gregorian calendar. It was inspired by a Roman emperor as a means to collect taxes for 12 months. That purpose has nothing to do with the understanding of time as a means to help us  synchronize with natural rhythms.

Our Emerging Nation assumes different names. The Rainbow Nation has gathered in councils of visions over the last 50 years on all continents and has resonated in the hearts of hundreds of thousands and perhaps millions of people. There are other names for this Emerging Nation. The Siloist movement calls it the Universal Human Nation, and it coincides with a global vision. It is also called the Mestizo Nation or Nation of the Fifth Sun. I

From these Nations, indigenous and non-indigenous prophecies have been recovered that indicate that a time will come when it will be possible to discuss these issues at the great table of conversation.

We recognize ourselves in multiple other spaces. Namely, speaking from the Way of the Heart, promoting the holistic science of permaculture, the network of ecovillages, the network of seeds and free rivers, the movement of transition, and promoting good living and ecology.

We highlight the work from Joanna Macy that teaches the value of the balance between the feminine and masculine principles. We honor the whipala and the flag of peace offered by Roerich Pact. We believe in the practices of Yoga, Biodanza, and Dances of Universal Peace. We promote ministries of happiness,  meditation and cleansing of the mind, honoring the sacred fire, the homa fires, tensegrity, the Noosphere, the idea of self-realization, the importance of highlighting sacred sexuality, non-violent communication, ceremonies of Temazkales, animal consciousness, the idea of degrowth, sacred economy, the movement of the rights of Mother Earth and giving the place it deserves to good humor and a long life.

Above all, we ask all of us to realize who we are and to be grateful for and celebrate the wonder of existence.

We ask to be recognized as a global and Emerging Nation.

We ask to be included in any survey or census that the Constitutional  Convention may conduct, with the objective of knowing how many people feel represented by this Emerging Nation, and how many feel that they are part of it.

We request that we progressively put an end to the institution of the military and abolish war as an option or institution.

We request that our agreements work toward absolute disarmament, starting from our own minds and words.

We ask that the human right to peace be enshrined.

We request that the Constitution focus on the construction of a Culture of Peace and the restoration of Mother Earth.

Another request, a minor one, but one that may be useful to remind us that we are in a civilizational crisis without precedent in history, is to establish and institutionalize an “empty chair”. This is a methodology used to remind us that the decisions we are making consider the good life of both humans and the non-humans that cannot express their voice in the debates. It is a chair where those who believe in the importance of tending to the spiritual world can also have a representative from the spiritual world sit.