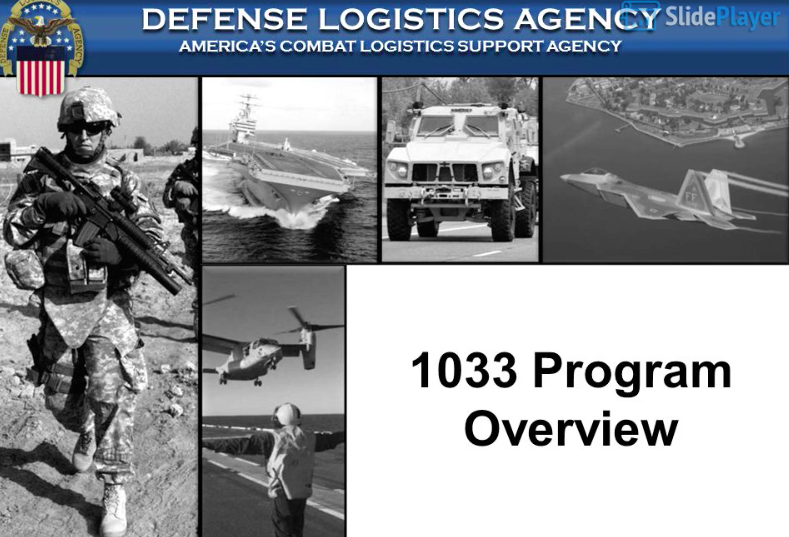 The undersigned civil, human rights, faith, and government accountability organizations, representing millions of our members across the country, write in support of ending the Department of Defense’s 1033 Program and associated transfers of all military equipment and vehicles to local, state, and federal law enforcement agencies.

The military surplus equipment transfer program, known as the 1033 Program, was formally established in the 1997 FY National Defense Authorization Act. Since its inception, more than $7.4 billion in surplus military equipment and goods, including armored vehicles, rifles, and aircraft, have been transferred to more than 8,000 law enforcement agencies. The program came to national attention in the aftermath of the killing of Michael Brown in 2014 in Ferguson, Missouri. Since then, Congressional leaders have tried to reform or end this program that has caused an increase in militarized policing particularly in communities of color.

Research studies indicate that the 1033 Program is not only unsafe but ineffective as it fails to reduce crime or improve police safety. In 2015, President Obama issued Executive Order 13688 that provided necessary oversight of the program. The Executive Order has since been rescinded, which only underscores that legislative action — not executive orders — is critical to address the concerns with this program.

In the aftermath of Ferguson, law enforcement agencies across the country have continued to receive military equipment and weapons of war, including “494 mine-resistant vehicles, at least 800 pieces of body armor, more than 6,500 rifles, and at least 76 aircraft.” Immigration and Customs Enforcement (ICE) and Customs and Border Protection (CBP) have also received enormous amounts of excess military equipment as part of the ​militarization of our border. This is particularly concerning at a time when ICE and CBP units are being deployed in response to peaceful protests and for interior law enforcement programs.

In the aftermath of George Floyd’s murder in Minneapolis, millions have demonstrated globally against police brutality and systemic racism. In cities across our country, hundreds of thousands of demonstrators called for justice and accountability for George Floyd and the countless unarmed Black people that have been killed by law enforcement.

In response to the national outrage, armored vehicles, assault weapons, and military gear once again filled our streets and communities, turning them into war zones. Weapons of war have absolutely no place in our communities. What’s more, evidence has shown that law enforcement agencies that obtain military equipment are more prone to violence.

There are sincere and aggressive efforts in the House and Senate to severely curtail or end the Department of Defense 1033 Program. Millions of Americans have been calling for the 1033 Program to be shut down, with legislation introduced in both chambers to address these concerns.

Accordingly, we urge you to use the opportunity of the full committee markup of the FY2021 National Defense Authorization Act to support and include language to end the Department of Defense’s 1033 Program.

Thank you for your consideration. If you have any questions, please contact Yasmine Taeb at
yasmine@demandprogress.org​.

11. Ryan Welch and Jack Mewhirter. “Does military equipment lead police officers to be more violent? We
did the research.” Washington Post. June 30 2017.
https://www.washingtonpost.com/news/monkey-cage/wp/2017/06/30/does-military-equipment-lead-policeofficers-to-be-more-violent-we-did-the-research/​.