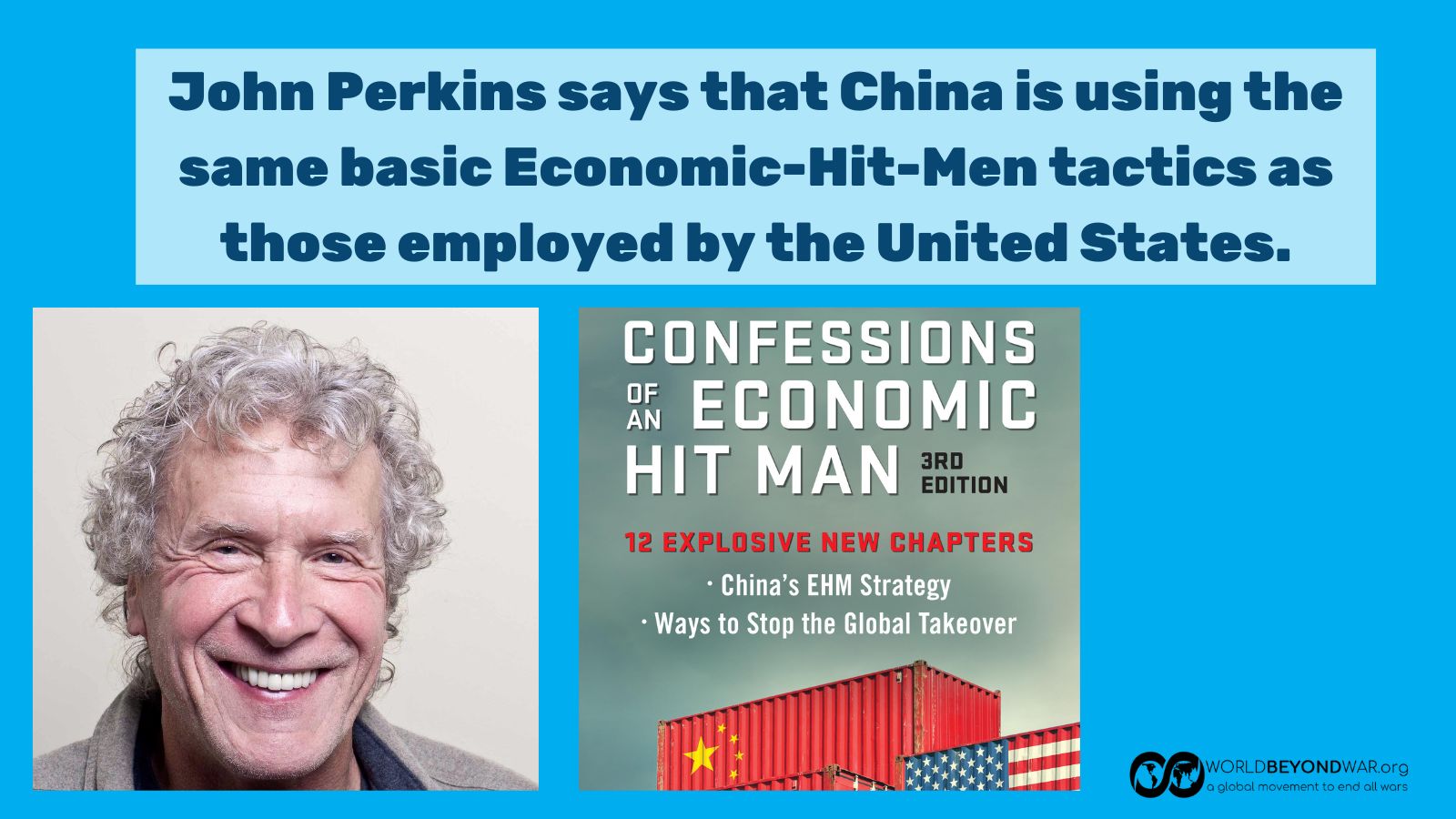 After publishing the first two editions of the Confessions of an Economic Hit Man trilogy, I was invited to speak at global summits. I met with heads of state and their top advisors from many countries. Two particularly significant venues were conferences in the summer of 2017 in Russia and Kazakhstan, where I joined an array of speakers that included major corporate CEOs, government and NGO heads such as UN Secretary General António Guterres, Indian Prime Minister Narendra Modi, and (before he invaded Ukraine) Russian President Vladimir Putin. I was asked to speak on the need to end an unsustainable economic system that’s consuming and polluting itself into extinction — a Death Economy — and replace it with a regenerative one that was beginning to evolve — a Life Economy.

When I left for that trip, I felt encouraged. But something else happened.

In talking with leaders who had been involved in the development of China’s New Silk Road (officially, the Belt and Road Initiative, or BRI), I learned that an innovative, potent, and dangerous strategy was being implemented by China’s economic hit men (EHMs). It began to seem impossible to stop a country that in a few decades had pulled itself from the ashes of Mao’s Cultural Revolution to become a dominant world power and a major contributor to the Death Economy.

During my time as an economic hit man in the 1970s, I learned that two of the most important tools of the US EHM strategy are:

1) Divide and conquer, and

US EHMs maintain that the world is divided into the good guys (America and its allies) and the bad guys (the Soviet Union/Russia, China, and other Communist nations), and we try to convince people around the world that if they don’t accept neoliberal economics they’ll be doomed to remain “undeveloped” and impoverished forever.

Neoliberal policies include austerity programs that cut taxes for the rich and wages and social services for everyone else, reduce government regulations, and privatize public-sector businesses and sell them to foreign (US) investors — all of which support “free” markets that favor transnational corporations. Neoliberal advocates promote the perception that money will “trickle down” from the corporations and elites to the rest of the population. However, in truth, these policies almost always cause greater inequality.

Although the US EHM strategy has been successful in the short term at helping corporations control resources and markets in many countries, its failures have become increasingly obvious. America’s wars in the Middle East (while neglecting much of the rest of the world), the tendency of one Washington administration to break agreements made by previous ones, the inability of Republicans and Democrats to compromise, the wanton destruction of environments, and the exploitation of resources create doubts and often cause resentment.

China has been quick to take advantage.

Xi Jinping became president of China in 2013 and immediately began campaigning in Africa and Latin America. He and his EHMs emphasized that by rejecting neoliberalism and developing its own model, China had accomplished the seemingly impossible. It had experienced an average annual economic growth rate of nearly 10 percent for three decades and elevated more than 700 million people out of extreme poverty. No other country had ever done anything even remotely approaching this. China presented itself as a model for rapid economic success at home and it made major modifications to the EHM strategy abroad.

In addition to rejecting neoliberalism, China promoted the perception that it was ending the divide-and-conquer tactic. The New Silk Road was cast as a vehicle for uniting the world in a trading network that, it claimed, would end global poverty. Latin American and African countries were told that, through Chinese-built ports, highways, and railroads, they would be connected to countries on every continent. This was a significant departure from the bilateralism of colonial powers and the US EHM strategy.

Whatever one thinks of China, whatever its real intent, and despite recent setbacks, it’s impossible not to recognize that China’s domestic successes and its modifications to the EHM strategy impress much of the world.

However, there’s a downside. The New Silk Road may be uniting countries that were once divided, but it’s doing so under China’s autocratic government — one that suppresses self-evaluation and criticism. Recent events have reminded the world about the dangers of such a government.

Russia’s invasion of Ukraine offers an example of how a tyrannical administration can suddenly alter the course of history.

It’s important to keep in mind that rhetoric around China’s modifications to the EHM strategy disguise the fact that China is using the same basic tactics as those employed by the US. Regardless of who implements this strategy, it’s exploiting resources, expanding inequality, burying countries in debt, harming all but a few elites, causing climate change, and worsening other crises that threaten our planet. In other words, it’s promoting a Death Economy that’s killing us.

The EHM strategy, whether implemented by the US or China, must end. It’s time to replace the Death Economy based on short-term profits for the few with a Life Economy that’s based on long-term benefits for all people and nature.

Taking action to usher in a Life Economy requires:

John Perkins is a former chief economist who advised the World Bank, the United Nations, Fortune 500 corporations, and governments around the world. Now as a sought-after speaker and author of 11 books that have been on the New York Times bestseller list for more than 70 weeks, sold over 2 million copies, and are translated into more than 35 languages, he exposes the world of international intrigue and corruption and the EHM strategy that creates global empires. His latest book, Confessions of an Economic Hit Man, 3rd Edition – China’s EHM Strategy; Ways to Stop the Global Takeover, continues his revelations, describes China’s highly effective and dangerous modifications to the EHM strategy, and offers a plan for transforming a failing Death Economy into a regenerative, successful Life Economy. Learn more at johnperkins.org/economichitmanbook.