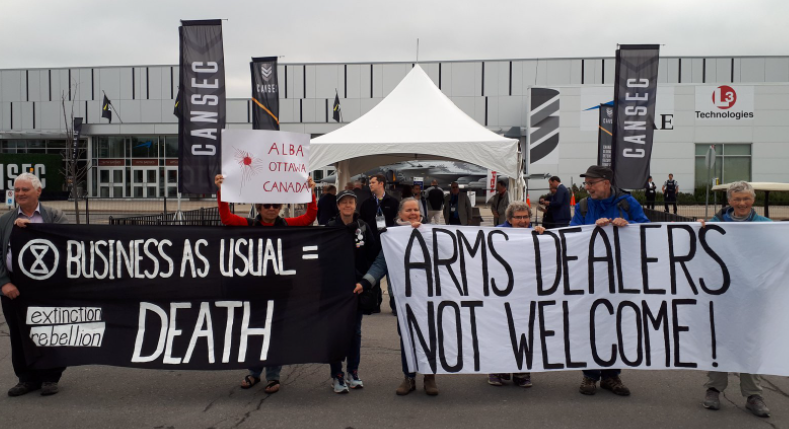 On February 10, the Canadian Association of Defence and Security Industries (CADSI) tweeted: “Face-to-face meetings won’t resume for a while, but we’ve got the next best thing – no commute required! Introducing Canadian Defence Marketplace [via] virtual B2B/G meetings. May 6 & Nov 4.”

The Canadian Defence Marketplace, which is “proudly created and hosted by CADSI”, “is a new and innovative global platform bringing industry and government leaders together for virtual business-to-business and business-to-government meetings.”

Global Affairs Canada and the Canadian Commercial Corporation are among the entities endorsing this virtual platform.

On March 23, 2020, UN Secretary-General António Guterres stated: “The fury of the virus illustrates the folly of war. Silence the guns; stop the artillery; end the airstrikes. It is time to put armed conflict on lockdown and focus together on the true fight of our lives.”

That same day, CADSI tweeted: “We are communicating with the Province of Ontario & the Gov’t of Canada regarding the critical role of the defence & security sector with respect to national security during this unprecedented time.”

It also tweeted: “[The Government of Quebec] has confirmed defence manufacturing & maintenance services are considered essential services, may remain in operation.”

As such, while Guterres was calling for a global ceasefire, CADSI was lobbying to ensure that military production would continue during the pandemic.

Last year, more than 7,700 people signed this World Beyond War petition that stated: “CANSEC is a public health threat and the weapons it markets endanger all people and the planet. CANSEC must be cancelled – and Canada should ban all future weapons shows.”

This year, we encourage you to register for the #NOWAR2021 VIRTUAL CONFERENCE: From Weapons Fairs to War Zones that will take place from June 4-6.