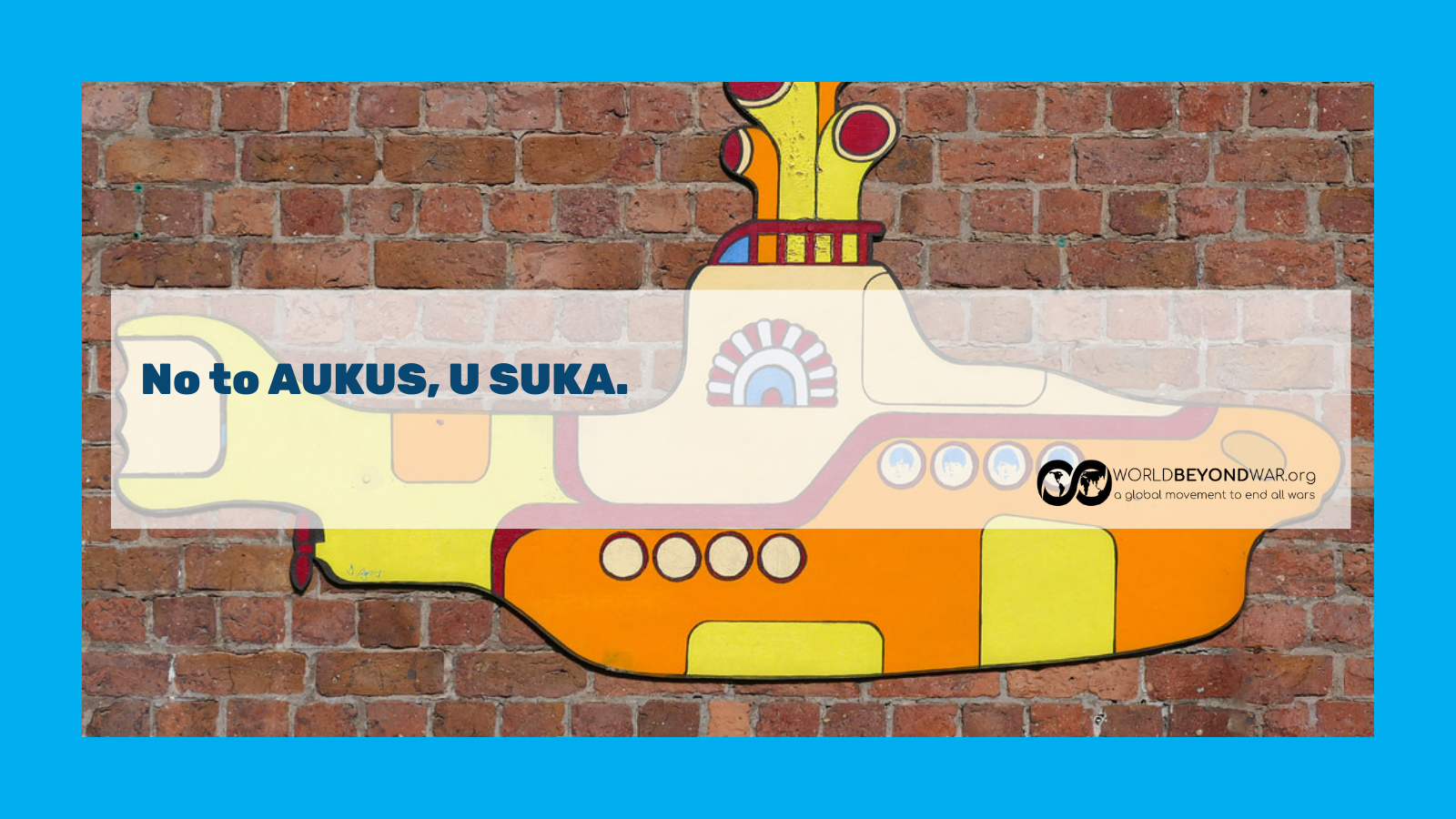 On September 15 2021, with no public consultation, Australia entered into a trilateral security arrangement with Britain and the United States, known as the AUKUS Partnership. This is expected to become a Treaty in 2022.

At short notice, Australia cancelled its contract with France to purchase and build 12 submarines on 16 September 2021 and replaced it with an arrangement to buy eight nuclear submarines from either Britain or the United States or both. The first of these submarines is unlikely to be available until 2040 at the earliest, with major uncertainties in relation to cost, delivery schedule and the ability of Australia to support such a capability.

Australians for War Powers Reform sees the public announcement of AUKUS as a smokescreen for other undertakings between Australia and the United States, the details of which are vague but which have major implications for Australia’s security and Independence.

Australia said the United States had requested increased use of Australian defence facilities. The US would like to base more bomber and escort aircraft in the north of Australia, presumably at Tindal. The US wants to increase the number of marines deployed in Darwin, which would see numbers rise to around 6,000. The US wants greater home porting of its vessels in Darwin and Fremantle, including nuclear-powered and armed submarines.

Pine Gap is in the process of significantly expanding its listening and war directing capabilities.

Acquiescing to these requests or demands considerably undermines Australian sovereignty.

The US is likely to want oversight, amounting to control, of northern air space and shipping lanes.

If the US deploys Cold War tactics against China, for that is what this military build-up is all about, it is likely to conduct aggressive flight missions up to the edge of Chinese air space with nuclear armed bombers, just as it did against the USSR. The US will patrol shipping lanes with greater frequency and intensity, knowing it has secure home bases only a short distance away, protected by surface-to-surface and surface-to-air missiles which are soon to be installed.

Any one of these flights or naval patrols could trigger a warlike response directed against Australian and US defence facilities and other assets of strategic value, such as oil, fresh water and infrastructure, or a cyber-attack on Australian communications and infrastructure.

Australia could be at war before most Australian politicians are aware of what is happening. In such an event, Parliament will have no say on going to war nor on the conduct of hostilities. Australia will be on a war footing as soon as these arrangements are in place.

AUKUS will be detrimental to national security. The ADF will lose its capacity to act independently.

Australians for War Power Reform believes these arrangements should not come into force, and that AUKUS should not become a Treaty.

We deplore the lack of consultation with neighbours, friends and allies, particularly relating to the storage and home porting of nuclear weapons and other US arms, ammunition and materiel.

We deplore the hostile profile adopted against our recent friend and major trading partner China.

We deplore the activities of the Australian Strategic Policy Institute (ASPI), funded by foreign arms manufacturers and the US State Department, in blind-siding the Australian people with its advocacy for such a deleterious outcome.