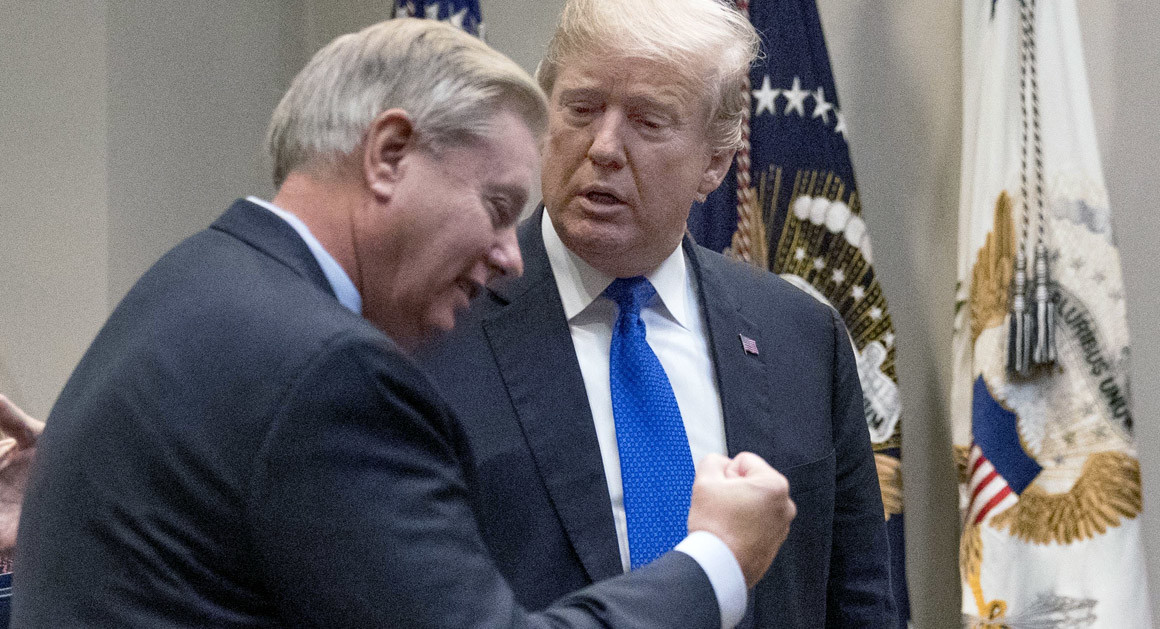 “Despite the fact that we do not all advocate on the same issues, we are compelled to state clearly in one voice: The results of negotiations for the final text of the NDAA are disastrous. The FY2020 NDAA conference report has been so severely stripped of vital House-passed provisions essential to keeping the current administration in check that it no longer represents a compromise, but a near complete capitulation.

“This bill authorizes $738 billion in Pentagon dollars with almost nothing to constrain the Trump administration’s erratic and reckless foreign policy. It is a blank check for endless wars, fuel for the further militarization of U.S. foreign policy, and a gift to Donald Trump.

“The version of the NDAA that passed the House would have blocked the Trump administration’s unilateral march to war with Iran, stymied U.S. military complicity in the devastating war in Yemen, taken steps to end endless war by repealing the 2002 Authorization for the Use of Military Force Against Iraq, stopped the discriminatory ban on transgender servicemembers, guarded against the pollution of toxic PFAS chemicals around military bases, protected critical oversight of assault weapons exports, and prevented Trump’s dangerous new nuclear-warfighting nuclear weapon. Every last one of these provisions have been stripped from the final bill.

“Instead, the NDAA is a massive blank check. The authorization of $738 billion is obscene. Further inflating the Pentagon’s overstuffed coffers does not make us safer — it perpetuates a system that treats military intervention as the solution to all world problems. Meanwhile, every dollar spent by the Pentagon is a dollar not spent on education, healthcare, or climate. When critics attack social spending by asking “how will you pay for it?” this will be our answer.

“Unaccounted for is Trump’s misuse of defense funds to further militarize the U.S.-Mexico border. The question of whether defense funds should be used as a political tool to persecute asylum seekers and whip up support from the president’s base has been put off to another day.

“Today’s NDAA is far from our vision for a just, peaceful, and democratic foreign policy. Its failures not only underscore how critical it is that we continue building progressive grassroots movements for a better foreign policy — it calls into question the defense authorization process altogether.”