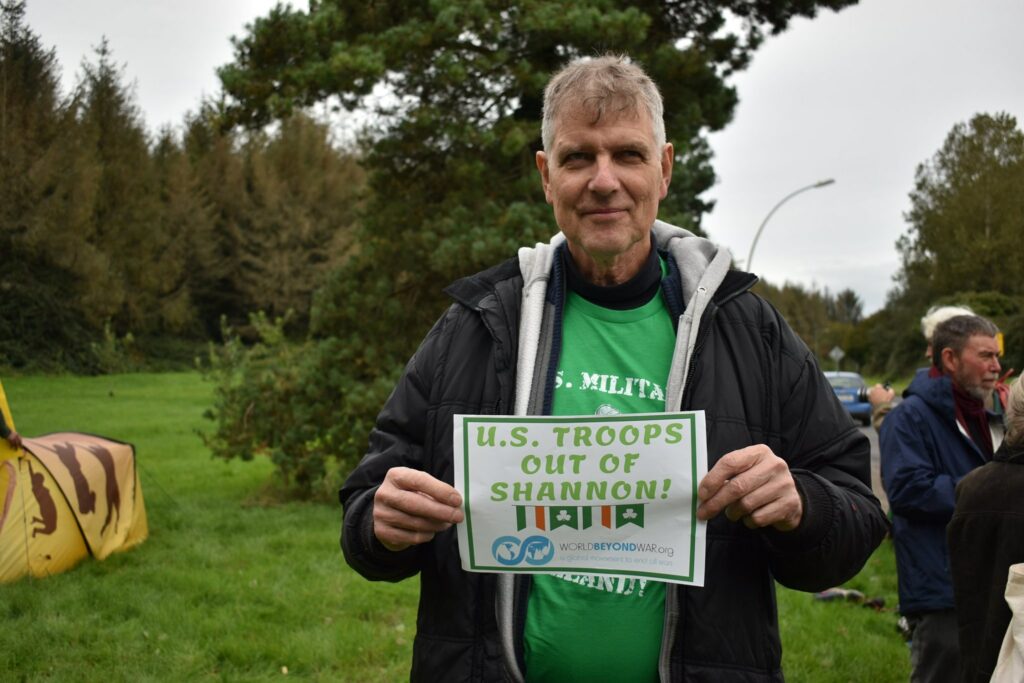 Some years ago I came across the website of World BEYOND War, followed it for some time and then started to communicate with WBW Co-Founder & Executive Director David Swanson on issues related to the peace movement. Eventually, I founded a German chapter of WBW here in Berlin. I have been involved with this very important project ever since.

In 2005, I founded the Coop Anti-War Cafe in downtown Berlin, which has become a meeting point for many people in the anti-war movement, artists, locals and tourists alike. Over the years, the Anti-War Cafe has been participating in many anti-war and civil rights campaigns. Recently, our focus is the situation in Latin America. We co-organize a weekly vigil for Venezuela and other countries on the continent and also actively take part in a weekly vigil for Julian Assange. At all events, we hand out information about the World BEYOND War movement and bring along a banner. In 2017 and 2018, we organised World BEYOND War events in Berlin parallel with the annual conferences in the U.S. and in Canada, featuring speakers and a livestream viewing party. This year, I attended and spoke at the #NoWar2019 Conference in Ireland.

When I recommend World BEYOND War, I emphasize its organizational focus on international solidarity and cooperation. World BEYOND War has members in 175 countries worldwide, which underscores the fact that this is a global movement. This is especially resonant here in Berlin, a city that is home to people from over 160 nations. People from all parts of the world come to our Anti-War Cafe. They enjoy the international atmosphere of the cafe, which has the feel of a multicultural family place.

The growing Non-Aligned Movement inspires me. This movement represents 120 countries. This year, they held a conference in Caracas focusing on defending the principles of the UN Charter and voicing concern about the growing interference in the internal affairs of other countries and the danger of escalating conflicts. The Non-Aligned Movement keeps me hopeful. However, we must remain vigilant, since a group of western countries, basing its power mostly on domination, conflict and war, is getting increasingly aggressive. For me, international solidarity is of the utmost importance. That is why I’m a chapter coordinator for World BEYOND War.