The Second Amendment and National Defense 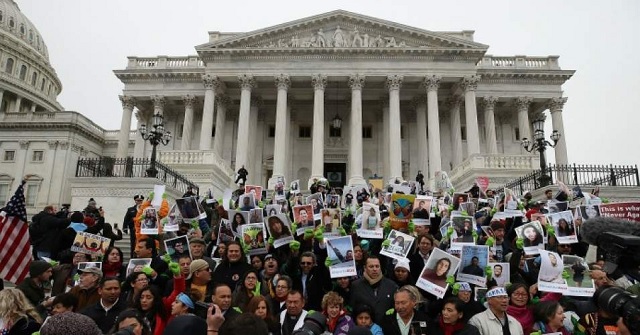 In a recent Facebook post I suggested that the ‘right to keep and bear arms’ is somehow not on par with other named human and civil rights. A respected friend countered that he and others consider the right to defend oneself against violent attack to be the primary right, that the Second Amendment is the right that protects all the others.

The right to self-protection

The part about “a well regulated Militia” and “security of a free State” notwithstanding, I concede that the Second Amendment can be construed as the right of an individual for self-defense (and has been so interpreted, at least since 2008). I further concede that the right to individual safety and security, and thus the right to defend oneself is equal to (on par with) the right to life, liberty, dignity, clean water and sanitation, healthy food and healthcare, working for a living wage, owning property, and freedom from discrimination and oppression. These are all essential, personal security being of equal importance.

My disagreement with the Second Amendment is that it is not working. If the goal is the safety of our people, granting individuals the right to keep and bear arms has made us less safe rather than more so. The evidence for this may be questioned by some, but evidence to the contrary is meager and ambiguous at best. Arming citizens in increasing numbers does not seem to be protecting us from violent attacks. It has been suggested that perhaps we need still more guns. I disagree in the strongest possible terms.

It has been argued that evil is as old as humankind, and that it’s not going away anytime soon. This is true. What is QUITE NEW, however, is the escalating capacity to kill. While this trend continues, arming ourselves further cannot possibly result in a safer society. Violence begets violence. It is self-perpetuating. How can mushrooming sales of ever more destructive weapons reduce violent deaths and make our children and ourselves safer?

It has also been said that evil, being pervasive, will find a way to acquire the means to kill. The argument is that infringing the right to keep and bear arms for good people will put them at an untenable disadvantage. For MOST individuals, however, carrying a gun provides a false sense of security (despite anecdotal cases to the contrary). Increasing the prevalence of guns among the populous, moreover, makes guns more readily available to those with evil intent, as well as increasing the likelihood of accidental deaths by good people. The answer is reducing gun ownership, not increasing.

The right to resist oppression

The right to self-protection is sometimes extended to include the right to resist unreasonable intrusion on our liberties by certain agencies of government or other establishments. Most gun advocates don’t go this far, and when they do it is almost as an aside, off-handedly if you will. It seems they understand that resisting the government with personal weapons will not turn out well for anyone. Still, if one says it quickly enough, maybe it will sound like a good excuse to own a gun.

Nevertheless, I affirm the right of an individual to resist oppression as being as fundamental as any of the human and civil rights named above. It is just that there is ample evidence that non-violent protest is more effective than armed resistance. Learning to use such methods pays great dividends.

(Gun advocates also understand that the Second Amendment is not about hunting or sporting activities, and never has been, but they often bring it up anyway. If the right to liberty includes hunting and sport, the right to own a gun for these purposes is clearly of ancillary importance and subject to appropriate regulation. Infringement is not applicable here.)

The right to resist foreign invasion

At the time it was ratified, the Second Amendment was (at least in part) about having a civilian population that could maintain independence against foreign threats. I’ve been told that a great number of the weapons with which we’d fought the Revolutionary War had been privately owned. Of course, no one credibly argues that this is what the Second Amendment is about today. The right to keep and bear arms is considered an individual right, unconnected to military or militia service.

While we are talking about foreign invasion, has anyone else noticed the parallel between increasing weaponization of private citizens and the increasing militarization of nation states? (1) Both are the result of an ever-escalating capacity for destruction and murder, and both are self-perpetuating. And (2) neither of them is working. War and threats of war only lead to more war. The answer is not greater military spending. The answer is “A Global Security System: An Alternative To War” as described by World Beyond War.

How do we get there from here?

Once I have made the point that more (and more lethal) guns keep us less safe rather than protect us, the next question is “What do we do about all the guns that are already out there? What do we do about the millions of AR-15s in circulation now?” After all we can’t just take everyone’s guns away from them. And what about all the guns already in the hands of those with evil intent?

Similarly, when I talk to people about a world beyond war, the next question is “How will we protect ourselves and our country from all the evil in the world?” Never mind the fact that the war system isn’t working, if we cut back our military strength even a little, won’t other nations (or terrorist groups) become emboldened to attack us?

The Constitution is vague about what it means to “provide for the common defence” of the United States, but it seems equally clear that what we have been doing for at least the past half century (and arguably longer) is not working. It is not working for us, and it is not working for the rest of the world. The right to security for one depends on security for ALL, and global security cannot happen without demilitarization.

If we believe it possible, we can get to a world beyond war and a nation beyond gun violence. It will require political will and the courage to stand up to powerful, moneyed interests. It will also require taking the steps that we understand one at a time, beginning now.