Martin Gugino: The “Buffalo Protestor” And Our Friend 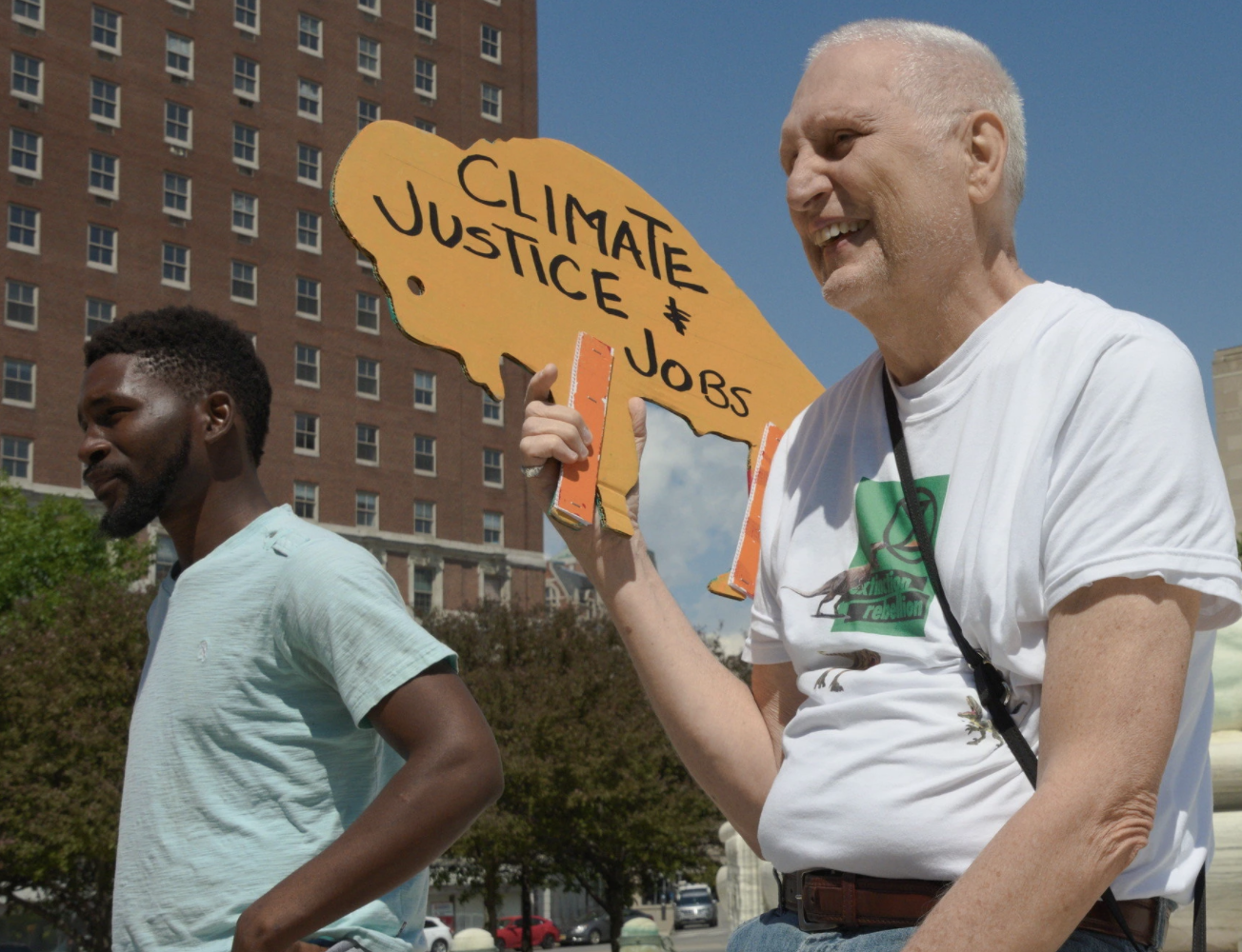 I too reacted with horror at seeing the video of a 75-year-old man bleeding from the head after being shoved to the ground by Buffalo police. My stomach turned tighter when I realized, “Wait, I know that guy.”  And now the president has tweeted about him, spinning the grotesque falsehood that his fall and terrible injury were somehow a set up.

The man is Martin Gugino. For years we worked together in Witness Against Torture, a close-knit group dedicated to closing the U.S. prison camp at Guantanamo and opposing torture. Our community is beside itself.

None of us is surprised that it was Martin meeting the police line in a posture of non-violence. Martin is gentle, principled, and undaunted. Allied with the Catholic Worker tradition, he is also deeply committed to a tapestry of causes, from fair housing to immigrant rights. Guiding his activism is belief in the sacred power of non-violent resistance to injustice. If that makes him an “agitator,” as Buffalo’s police chief slandered him, then the world needs more agitators.

The video of Martin is already part of the iconography of our times, in which every disturbing visual seems a metaphor for something bigger. Eulogizing George Floyd, Reverend Al Sharpton used the image of the policeman’s knee on his neck as a symbol for centuries of anti-black oppression.

Each video clip of police brutalizing protesters points to a much larger system of law enforcement abuse, endemic in communities of color. I saw in my friend’s vulnerability and the scene surrounding him other meanings as well, useful for understanding our troubled society.

A galling aspect of the video is how rows of officers strut indifferently past an aged man lying still and wounded, as if dead. It made me think of the tens of thousands of elder Americans needlessly lost to Covid-19 and the callous disregard shown them by the Trump administration. Its catastrophic response to the virus has entailed the seemingly willful sacrifice of our seniors to Trump’s strongman fantasy of a virile nation. Shove the old, decrepit people out of the way. Step over them. Don’t help them. They were going to die anyway.

Covid-19 is as well an infuriating story of race, with Blacks greatly more likely to die from the virus than whites. The death of Black seniors — often in poorer health and homed in under-resourced facilities — feeds that disproportion.

The shared root of the twin crisis of Covid-19 and racism is the stunning disposability of certain lives in America, no matter its capacities and ideals. The difficult lesson of the current protest movement is to think about that failure in a new way. The police have not lapsed in their mission to serve and protect. For many communities, the police are built to dominate and abuse. Our health care system has not failed to keep us healthy. It is designed to keep only some of us healthy, while lining corporate pockets.

Martin’s abuse signals as well the perverse priorities of our current government. Among the state’s solemn obligations is to protect the lives and well-being of its people.  So too, it must protect the nation’s ideals. For America, the true meaning of “national security” must be the defense of life and liberty.  And yet, rather than tirelessly working to mitigate the virus and safeguard our freedoms, the Trump administration has declared the urgent need to rid public space of the people exercising basic rights. Like in Buffalo, police departments have gotten the message.

My last thoughts about the video are linked to the anti-torture activism Martin and I shared. In his eulogy for George Floyd, attorney Benjamin Crump named what was done to him as “torture.” It was a striking description I had not heard before. Floyd’s lynching needs no added indignity to stir our outrage. But torture has a special sting, both because of its willful cruelty and its supposed alienness to America.

For years, we in Witness Against Torture vigorously protested what was in fact America’s systematic use of torture after 9/11. Like other human rights groups, we wanted the detained men to be subjects before the law, with basic protections and access to US courts. In our work, we did not think much about race.

Yet Black Lives Matter and other activists impressed on us an uncomfortable truth: that many of the abuses in War on Terror prisons, like solitary confinement, are routine in America’s domestic prisons, holding predominantly people of color. Access to the law, moreover, is no guarantee of justice. Sometimes the law is the problem.

We began to see torture as part of a continuum of state violence, including in its racial aspect. Almost exclusively, the victims of post-9/11 torture have been brown-skinned Muslim men, demonized with the label “terrorist.” Despite the innocence of most of the men historically held at Guantanamo, the law has been all but useless in freeing them. No one responsible for their torture has been held to legal account, including during the Obama administration. Going forward, our group sought to highlight the parallels between domestic and overseas abuses in a vast system of dehumanizing violence.

Dismantling anti-black racism is today’s urgent priority. But abuses of power crave synergies, making other causes relevant. Recall that president Trump is an avowed supporter of torture. His former lawyer John Dowd wrote a bizarre letter, tweeted out by Trump, describing the peaceful protestors cleared from Lafayette Park as “terrorists.” Trump’s own tweet branding Martin as a member of “Antifa” is of a piece with this nonsense that uses baseless fears to justify repression.

Such rhetoric makes an enemy of the American people, threatening to sic on them the tactics of the War on Terror. It seems, as yet, more a sign of desperation than strength — like heavily armored police pushing a 75-year-old man to the ground and the President lying about it. Martin will get up, god-willing, and be back on the streets. The more of us who are there, the more pitifully desperate and disarmed those opposing the tides of change will become.

Jeremy Varon is Professor of History, The New School