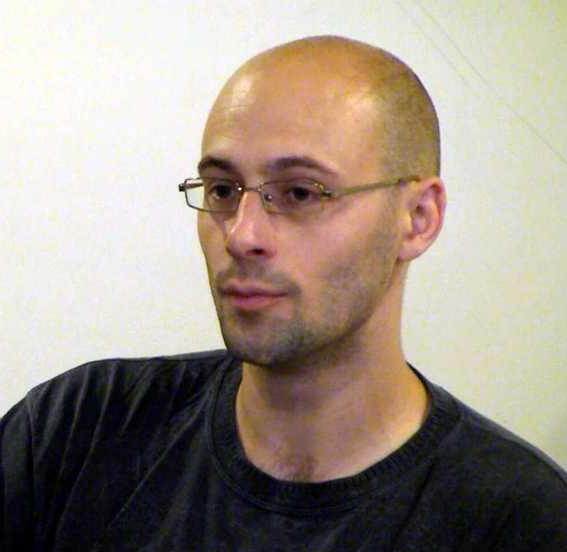 Yves Engler is a Member of the Advisory Board of World BEYOND War. He is based in Canada.

Yves Engler is a Montréal-based activist and author who has published 12 books including his latest Stand on Guard For Whom? A People’s History of the Canadian Military. Yves was born in Vancouver to left-wing parents who were union activists and involved in international solidarity, feminist, anti-racist, peace and other progressive movements. In addition to marching in demonstrations he grew up playing hockey. He was a peewee teammate of former NHL star Mike Ribeiro at Huron Hochelaga in Montréal before playing in the B.C. Junior League.

Yves first became active in Canadian foreign policy issues in the early 2000s. Initially focused on anti-corporate globalization organizing, the year he was an elected vice president of the Concordia Student Union Benjamin Netanyahu was blocked from speaking at the university to protest Israel’s war crimes and anti-Palestinian racism. The protests sparked a massive backlash against student activism on campus — including Yves’ expulsion from the university for attempting to take his elected position with the student union while banned from campus for his supposed role in what the administration described as a riot — and claims from supporters of the Israeli prime minister that Concordia was a hotbed of anti-Semitism. Later in the school year the US invaded Iraq. In the lead-up to the war Yves helped mobilize students to attend a number of massive antiwar demonstrations. But it was only after Ottawa helped overthrow the democratically elected Haitian government in 2004 that Yves began to seriously question Canada’s peacekeeper self-image. As he learned about Canada’s contribution to violent, anti-democratic policies in Haiti, Yves began to directly challenge this country’s foreign policy. Over the next three years he traveled to Haiti and helped organize dozens of marches, talks, actions, press conferences, etc. critical of Canada’s role in the country. During a June 2005 press conference on Haiti Yves poured fake blood on foreign affairs minister Pierre Pettigrew’s hands and yelled “Pettigrew lies, Haitians die”. He later spent five days in jail for disrupting a speech by Prime Minister Paul Martin on Haiti (the government sought to keep him in jail for the entire six weeks election campaign). Yves also co-authored Canada in Haiti: Waging War Against the Poor Majority and helped establish the Canada Haiti Action Network.

As the situation in Haiti stabilized Yves began reading everything he could find about Canadian foreign policy, which culminated in the Black Book of Canadian Foreign Policy. This research also began a process that led to his other books. Ten of his twelve titles are about Canada’s role in the world.

In recent years Yves has sought to mobilize activists to confront politicians through peaceful, direct action. He has interrupted about two dozen speeches/press conferences by the prime minister, ministers and opposition party leaders to question their militarism, anti-Palestinian positions, climate policies, imperialism in Haiti and efforts to topple Venezuela’s government.

Yves played an important role in the successful campaign to oppose Canada’s bid for a seat on the United Nations Security Council. He is a founder of the Canadian Foreign Policy Institute.

Due to his writing and activism Yves has repeatedly been criticized by representatives of the Conservatives, Liberals, Greens and NDP.