We Regret to Inform You

CAUTION! THIS LETTER MAY CONTAIN INFORMATION OR LANGUAGE READERS (WITH A CONSCIENCE) SHOULD FIND OBJECTIONABLE

Yes, you guessed correctly. If you were intending to:

the Permanent War Department is delighted to inform you that you no longer have to consider undertaking such an unpleasant, costly task because the person in question is no longer in question, but extremely deceased.

In case you have already done so, DO NOT OPEN the accompanying cigar box as it contains all the remains that remained after:

was shredded by shrapnel inconsiderately fired from a BFG* [see glossary below] at point-blank range while taking part in a cockamamie charge uphill over loose rocks into blinding sunlight against a heavily fortified position held by upset residents and their dubious allies willing to die defending their families, beliefs, homes and tribe with plenty of U.S.-made weapons and ammunition, home-catered meals, holy men and inexhaustible, even angrier reinforcements close by in the WDC.

With no attempts at diplomacy, or even listening to the legitimate grievances of local  “foreigners” whose language we do not speak and customs our culture has zero desire to respect or understand, this doomed mission was intended to secure yet another unnecessary objective of absolutely no military importance that could not be held or occupied longer than 15-minutes even if taken, because low enlistment rates meant the walking wounded were needed to assault another stupid summit.

Be assured that as we strive to make even more money and enemies, there will always be another hill, ditch, oil well or ville for beloved family members to lose their:

[check one or more]

The entire debaclé oultined in the official combat report excerpted above was ordered by a general retrained as a “general manager” with upgraded computer skills and no knowledge of French. Its execution – there is no other word – came through a vainglorious lieutenant colonel seeking the pay, perks and protections of full colonelcy. Even though, as you are no doubt thinking, this officer was already correctly addressed as: “Colonel”. (Also, ignorant bastard, dumb fuck, fucking idiot, jackass, colonel moonbeam, etc.)

You will be relieved to learn that this less-than-commanding officer vaguely discerned a great deal about infantry tactics from his latest FUBAR that he had not previously considered. He has been re-assigned to reread, What-Not-To-Do In Someone Else’s Assault Another Refresher. But only after completing a stiff written test on Dick, Jane & Spot March In The Big Parade.

(If this sounds ridiculous to you, don’t join the military.)

Wherever there are boots on the ground, civilians die and body bags and ambulance flights carrying parts of people come home. In case you are keen to hear further details of this officer’s:

the man who got your

killed, survived his own ineptitude by staying well to the rear. Not of the battlefield, but the entire AO.

And yup, this gold-braided, goldbricking REMF did receive his sought-after office-battlefield promotion. He’s been booted up to the General Staff to help “plan” more of these exercises in highly profitable futility as the only remaining expediency to keep him from being torn from limb-to-lasagna by the last survivors of his no-longer regiment. Fragging remains a problem.

In addition – and war is all about the math – please take some:

pride / consolation [check both or none]

Why else do you think we keep doing this?

If you were NOT intending to divorce your dead husband or disown your dismembered son, please bite on our hand-wringing regrets that you and your media-and-culture-conditioned relation failed to see through all the flag-waving, band-playing hooh-rah! that young men and fathers reliving their youth by proxy and their knee-jerk families are prey to.

Or maybe due to the lack of all other prospects, he just needed three-squares, that big signing bonus, and a steady monthly paycheck (minus deductions). For as long as he remained alive.

But there it is.

even happier / less suicidal [check one]

please respond in writing to the return address omitted from this envelope. We will not reply to your reply because we no longer want to have anything to do with the person referred to here, who has been struck from our rolls. But you will feel better for expressing your

tearful thanks / burning need for payback [check one]

If you are shaking this envelope upside down looking for money, don’t bother. We are spending every trillion-dollar budget we can borrow from the above-mentioned bankers and your own descendants to blow on self-perpetuating atrocities, crazily expensive weapons systems that don’t work, total home surveillance, Hollywood and network “programming” and cigar boxes.

Like our 7 officially-copped-to current wars in Afghanistan, Iraq, Syria, Yemen, Libya, Somalia and Niger, this letter has gone on long enough. We know you are busy with chores and whatnot, so we’ll stop here. Just as your:

Good Luck! From all of us sitting fat and grinning behind sturdy desks far from any stinky fly-blown battlefield and someone’s neighborhood carnage, thanks again for sharing:

[please note arbitrarily-reversed order and check only one box, unless you are from a red state]

This is what happens when countries don’t do what we order them to do.

P.S. In case it was your wife or daughter who was needlessly “wasted” in some faraway shithole no one can pronounce, you have received the wrong letter. Please fill out form F-U-BAR 37340982OX in quadruplicate and send to: Dept. Permanent War, Misogyny For Peace, WASH. (Washed-Our-Hands-of-It), D.C.

On a cheerier note, be glad you are not stuck caring for a maimed or severely traumatized family member until they either succumb to their horrific wounds, or finally end your mutual waking nightmare by following the more than 20 veterans who have been taking their own life every 24 hours since our first fun adventure in the golf Gulf way back in 1990-91.

(Whose patriotism and self-sacrifice we shamelessly encourage and exploit.) 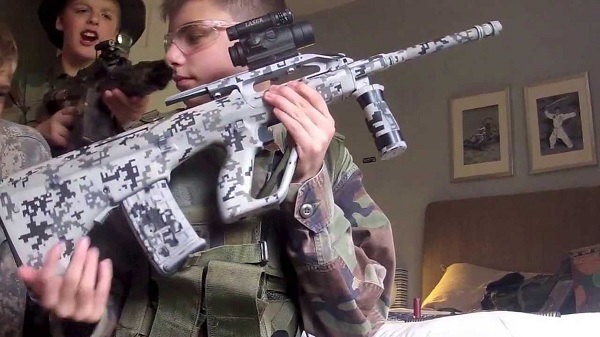 GLOSSARY NOT FOUND IN MOST MILITARY MANUALS

civilians – corpses not in uniform or of military age, also those maimed (all ages)

FUBAR – Fucked Up Beyond All Repair

WAR IS NOT HELPING

* In the 201 USA-instigated armed conflicts since WWII, 90% of all deaths in “war“ are civilians.

* Industrial-strength masssacres by “US” have claimed well over one-million lives, and maimed and displaced many, many more families over the past 17 years. Not counting the 2-3 million civilian dead from the locally-termed “American War” in Vietnam, Cambodia and Laos, and its ongoing aftermath of exploding munitions and womb-warping Agent Orange dioxins sprayed by formations of big cargo planes over most of the countryside. (Somehow mostly skipped in Ken Burns’ deliriously-hailed historical revision.) Dioxins are the second deadliest manmade substance after plutonium.

Note: Iraq, Afghanistan and Gaza have been spared Agent Orange. Instead, these places are being thoroughly dusted with persistently radioactive depleted and non-depleted uranium (“dirty bomb”) munitions. Don’t get pregnant!

* If you reside in CONUS and believe you do not live in a militarized society, reinforced 24/7 by casualty-sanitized conflict imagery, political exhortations to “kill” more people who are not like us more often, and encounters with uniformed personnel to no longer consider this behavior unbalanced or even unusual, please go have a talk with yourself. But not before you…

* Help impoverished bankers and their corporate-political sponsors of permanently profitable “wars” by joining up today! Remember, the only way to defeat pissed-off people fighting for their homes – and families not that different from yours – is genocide! 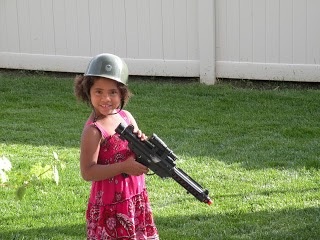 For more on the “civilized” world’s oldest con, please see:

War Is A Racket  by USMC General Smedley Butler. (Watch the 9-minute YouTube.)

War Is a Force That Gives Us Meaning by Chris Hedges

I respect the courage and question the judgement of those engaged in our country’s mounting aggressions against the undeclared enemies our constant threats and overwhelming firepower are mass-producing. Apprehending or permanently turning off the handful of sworn fanatics with the means to carry out mass vengeance in CONUS does not justify our fanatically killing children and levelling entire cities like Fallujah, Mosul and Alleppo. And entire countries like North Korea, during that earlier exercise in provoke-and-respond that “bounced the rubble” in the words of its WWII firebombing-copycat, General (Nuke ‘em All) LeMay.

I am allowed to reference “red states” because a Tennessee relation fought them damn Yankees on Chicamauga ridge. And got shot for his defence of the indefensible.

In 1970, I resigned my long-sought commission in the U.S. Navy Reserves over the civilian slaughter in Vietnam and ongoing criminal misconduct of my Commander-In-Chief. I later served with a three-man environmental emergency response team in Saudi Arabia and Kuwait during and immediately following a fierce Desert Storm.

I will not soon forget those burning oil fields, or the sensation of walking with my buddies through creosoted minefields and along the Highway of Death attempting to rescue oiled seabirds migrating north out of Africa. These experiences taught me that modern warfare is not a movie, where everyone has a great time and goes home intact in the end.