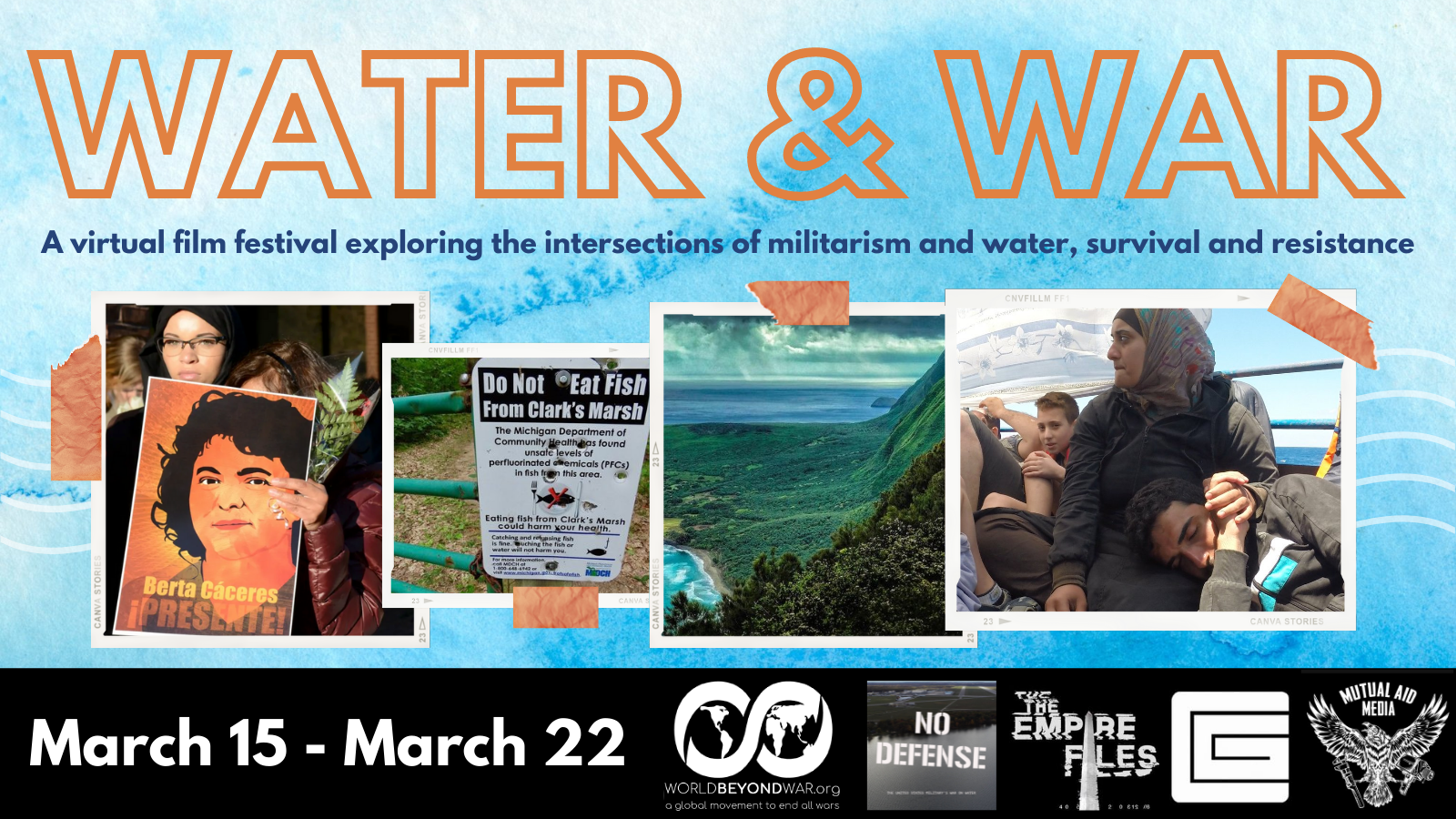 This year’s “Water & War” festival from March 15-22, 2022 explores the intersection of militarism & water, survival & resistance, in the lead-up to World Water Day on March 22. A unique mix of films explores this theme, from PFAS pollution on a military base in Michigan and the infamous Red Hill fuel leak in Hawai’i poisoning groundwater, to Syrian war refugees fleeing violent conflict by boat to Europe and the story of the assassination of Honduran Indigenous water activist Berta Cáceres.   Each screening will be followed by a special panel discussion with key representatives from the films. Scroll down to learn more about each film and our special guests.
Purchase Festival Tickets​
Festival Media Toolkit - Click here for shareable graphics & sample social posts! 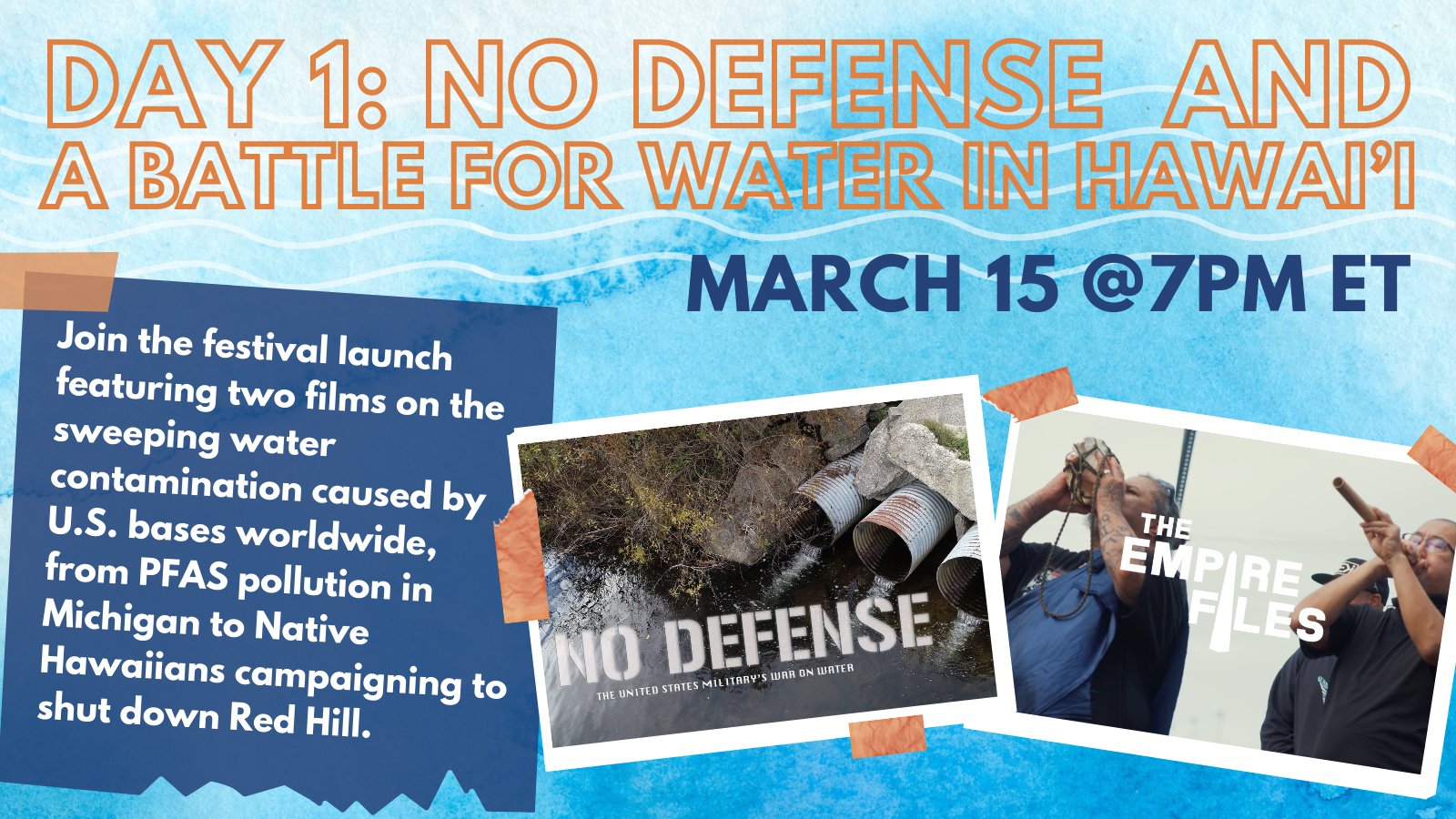 Day 1 of the festival launches with a discussion of the sweeping water contamination caused by U.S. military bases worldwide. We begin with a screening of the full-length film No Defense about the first known U.S. military site with PFAS pollution, the former Wurtsmith Air Force Base in Michigan. This documentary tells the story of the Americans who are fighting against one of the largest-known polluters in the country – the United States military. For decades, it’s been documented that a category of chemicals known as PFAS are harmful to life, yet the military continues to mandate its use at hundreds of sites around the world. Following No Defense, we’ll screen a short film by The Empire Files on A Battle for Water in Hawai’i about water contamination caused by the infamous leak at the U.S. Navy’s Red Hill fuel tanks and how Native Hawaiians are campaigning to #ShutDownRedHill. The post-film discussion will include Craig Minor, Tony Spaniola, Vicky Holt Takamine, and Mikey Inouye. This screening is co-sponsored by No Defense and The Empire Files. 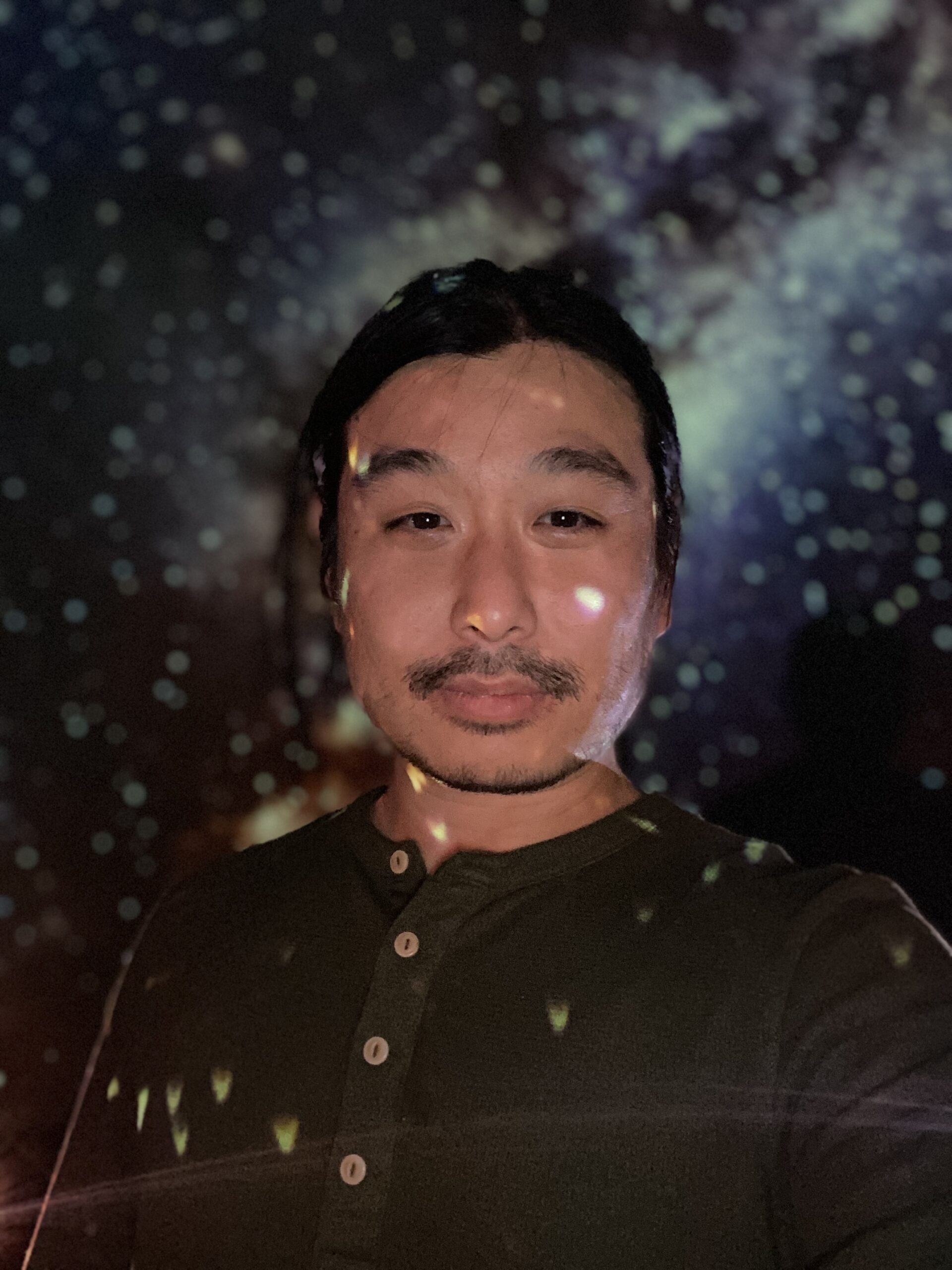 Mikey Inouye is an independent filmmaker and organizer with O'ahu Water Protectors, an organization in Hawai'i working to shut down the US Navy's leaking Red Hill fuel tanks which continue to present an existential threat to all life on the island of O'ahu. 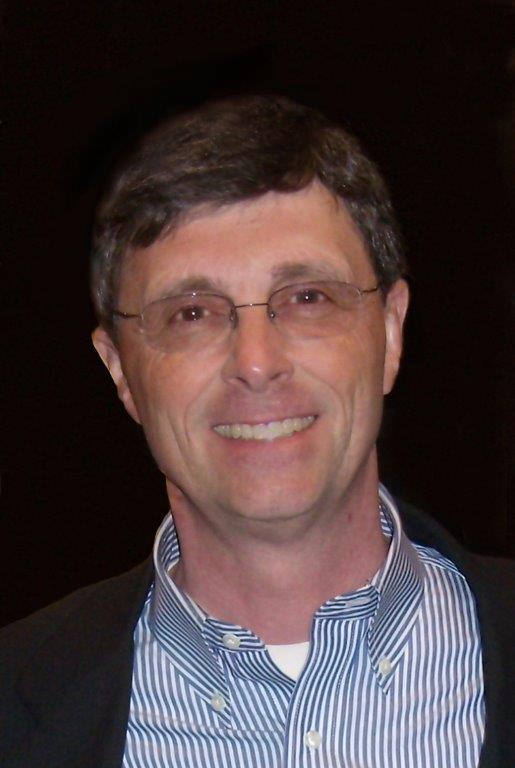 Tony Spaniola is an attorney who became a leading national PFAS advocate after learning that his family’s home in Oscoda, Michigan is located in the “zone of concern” for PFAS contamination from the former Wurtsmith Air Force Base. Tony is a Co-Founder and Co-Chair of the Great Lakes PFAS Action Network, a Co-Founder of the Need Our Water (NOW) in Oscoda, and a Leadership Team Member of the National PFAS Contamination Coalition. In the course of his PFAS work, Tony has testified in Congress; presented at the National Academy of Sciences; and appeared in three PFAS film documentaries, including “No Defense,” for which he also served as a consultant. Tony holds a degree in government from Harvard and a juris doctorate from the University of Michigan Law School. 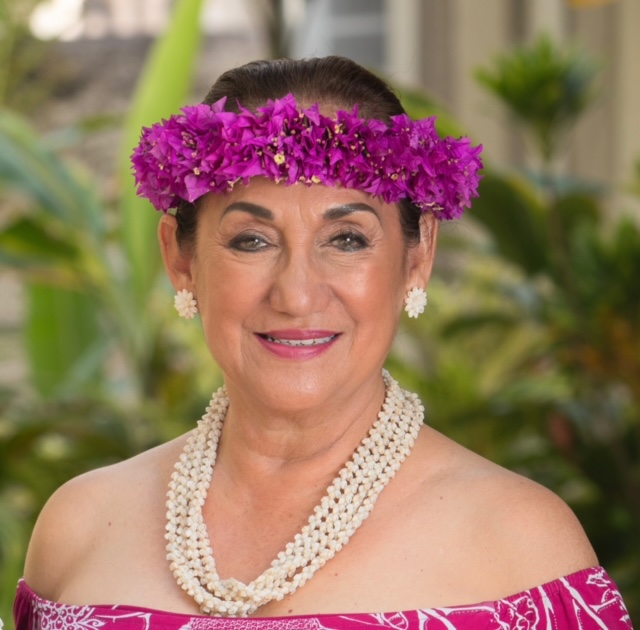 Vicky Holt Takamine is a renowned kumu hula (master teacher of Hawaiian dance). She is recognized as a native Hawaiian leader for her role as an advocate for social justice issues, the protection of native Hawaiian rights, and the natural and cultural resources of Hawai'i. In 1975, Vicky ʻūniki (graduated through the rituals of hula) as a kumu hula from hula master Maiki Aiu Lake. Vicky established her own hālau, Pua Ali'i 'Ilima, (school of Hawaiian dance) in 1977. Vicky earned her BA & MA in dance ethnology from the University of Hawai'i at Mānoa. In addition to teaching at her own school, Vicky was a lecturer at the University of Hawaiʻi at Manoa and Leeward Community College for more than 35 years. 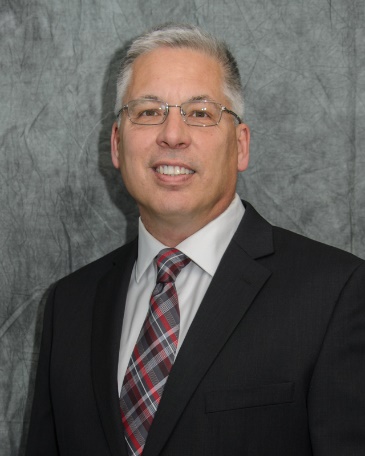 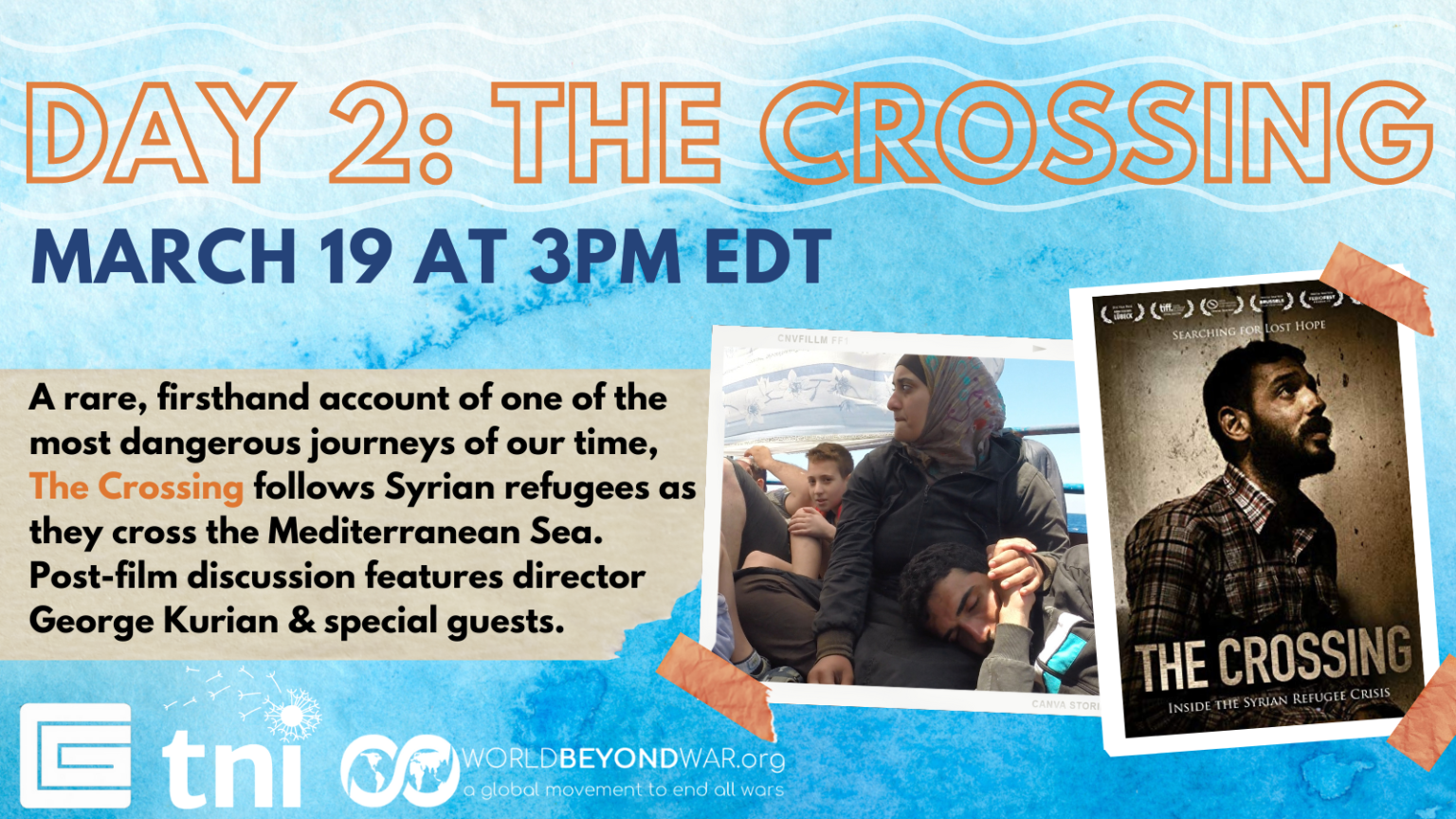 Day 2 of the festival features a screening and discussion of the film The Crossing, with director George Kurian. A rare, firsthand account of one of the most dangerous journeys of our time, this timely, nail-biting documentary follows the grueling plight of a group of Syrian refugees as they cross the Mediterranean Sea and travel across Europe. Gritty and unflinching, The Crossing delivers a poignant portrayal of the immigrant experience by taking viewers where most documentaries seldom go and follows the group as they split up and struggle to build new lives and establish new identities in five different countries. The panel discussion will feature director George Kurian and Niamh Ní Bhriain, coordinator of the Transnational Institute’s War and Pacification Programme. This screening is co-sponsored by The Cinema Guild and the Transnational Institute. 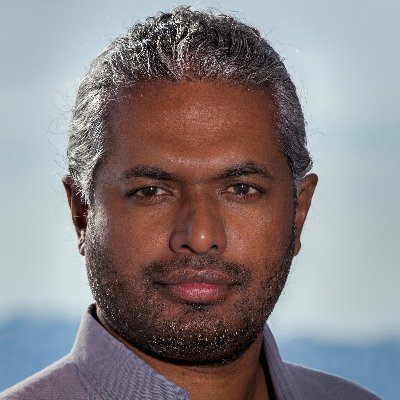 Director of "The Crossing," Filmmaker, & Photographer

George Kurian is a documentary film-maker and photojournalist based in Oslo, Norway, and has spent the last years living in Afghanistan, Egypt, Turkey and Lebanon, working in most of the conflict areas of the world. He directed the award-winning documentary The Crossing (2015) and has worked on a range of documentaries from current affairs and history to human interest and wildlife. His film and video work has been featured on BBC, Channel 4, National Geographic, Discovery, Animal Planet, ZDF, Arte, NRK (Norway), DRTV (Denmark), Doordarshan (India) and NOS (Netherlands). George Kurian's photojournalism work has been published in The Daily Beast, The Sunday Times, Maclean's/Rogers, Aftenposten (Norway), Dagens Nyheter (Sweden), The Australian, Lancet, The New Humanitarian (formerly IRIN News) and through Getty images, AFP and Nur Photo. 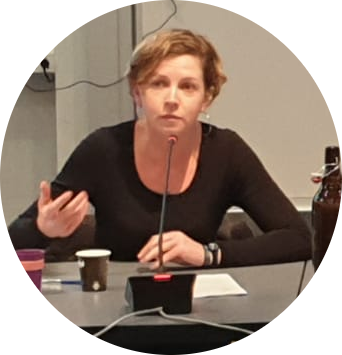 Niamh Ní Bhriain coordinates TNI's War and Pacification Programme focusing on the permanent state of war and pacification of resistance, and within this frame she oversees TNI's Border Wars work. Before coming to TNI, Niamh spent a number of years living in Colombia and Mexico where she worked on questions such as peace-building, transitional justice, the protection of Human Rights Defenders and conflict analysis. In 2017 she participated in the UN Tripartite Mission to Colombia which was tasked with observing and monitoring the bilateral ceasefire between the Colombian government and the FARC-EP guerrillas. She directly accompanied FARC guerrillas in their process of laying down arms and transitioning to civilian life. She holds an LLM in International Human Rights Law from the Irish Centre for Human Rights at the National University of Ireland Galway. 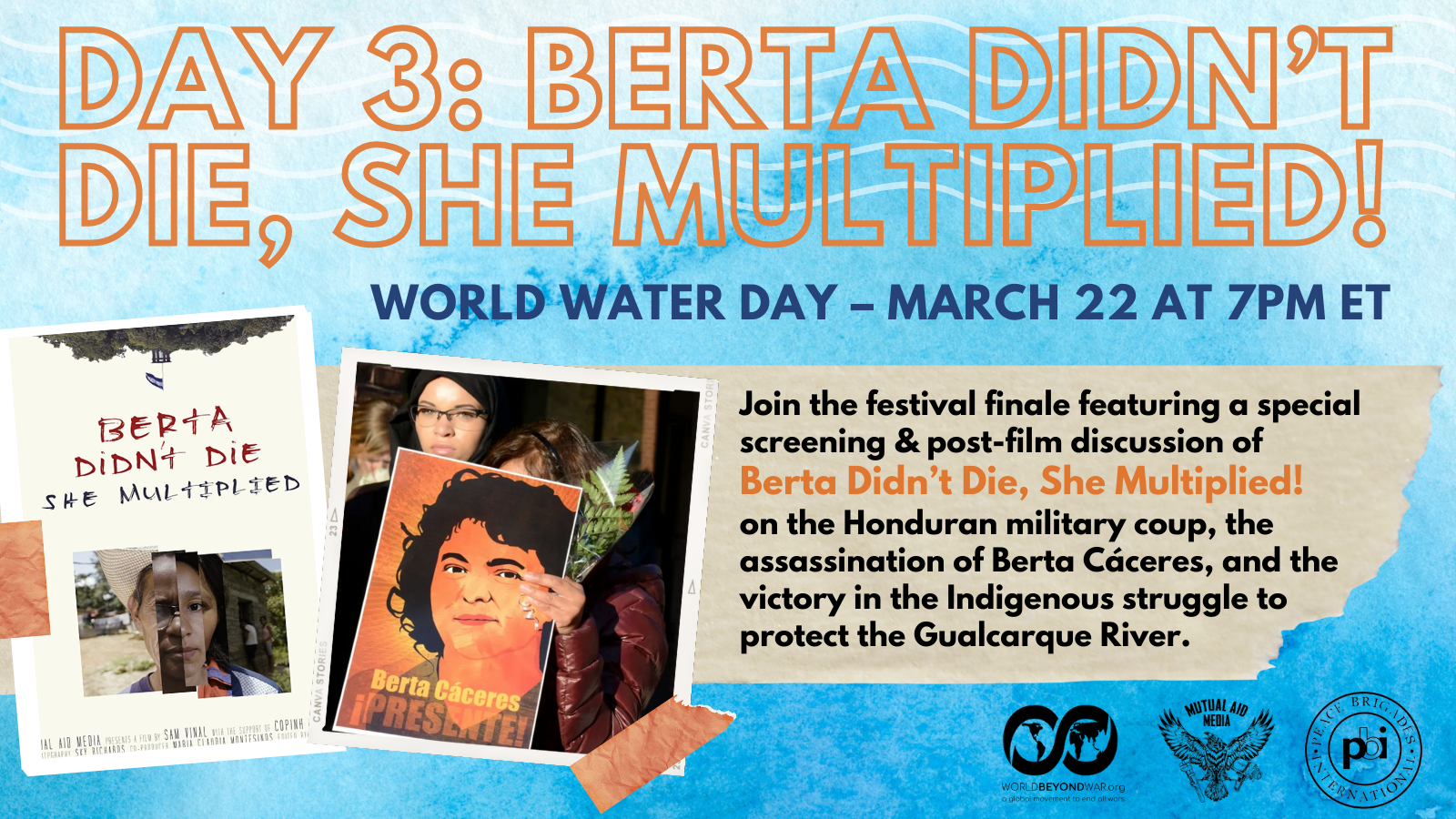 The festival finale features Berta Didn’t Die, She Multiplied!, a celebration of the life and legacy of Honduran Indigenous, feminist, and environmental activist Berta Cáceres. The film tells the story of the Honduran military coup, the assassination of Berta, and the victory in the Indigenous struggle to protect the Gualcarque River. The insidious agents of the local oligarchy, the World Bank, and North American corporations continue to kill but that will not stop the social movements. From Flint to Standing Rock to Honduras, the water is sacred and the power is in the people. The post-film discussion will feature Brent Patterson, Pati Flores and producer Melissa Cox. This screening is co-sponsored by Mutual Aid Media and Peace Brigades International. 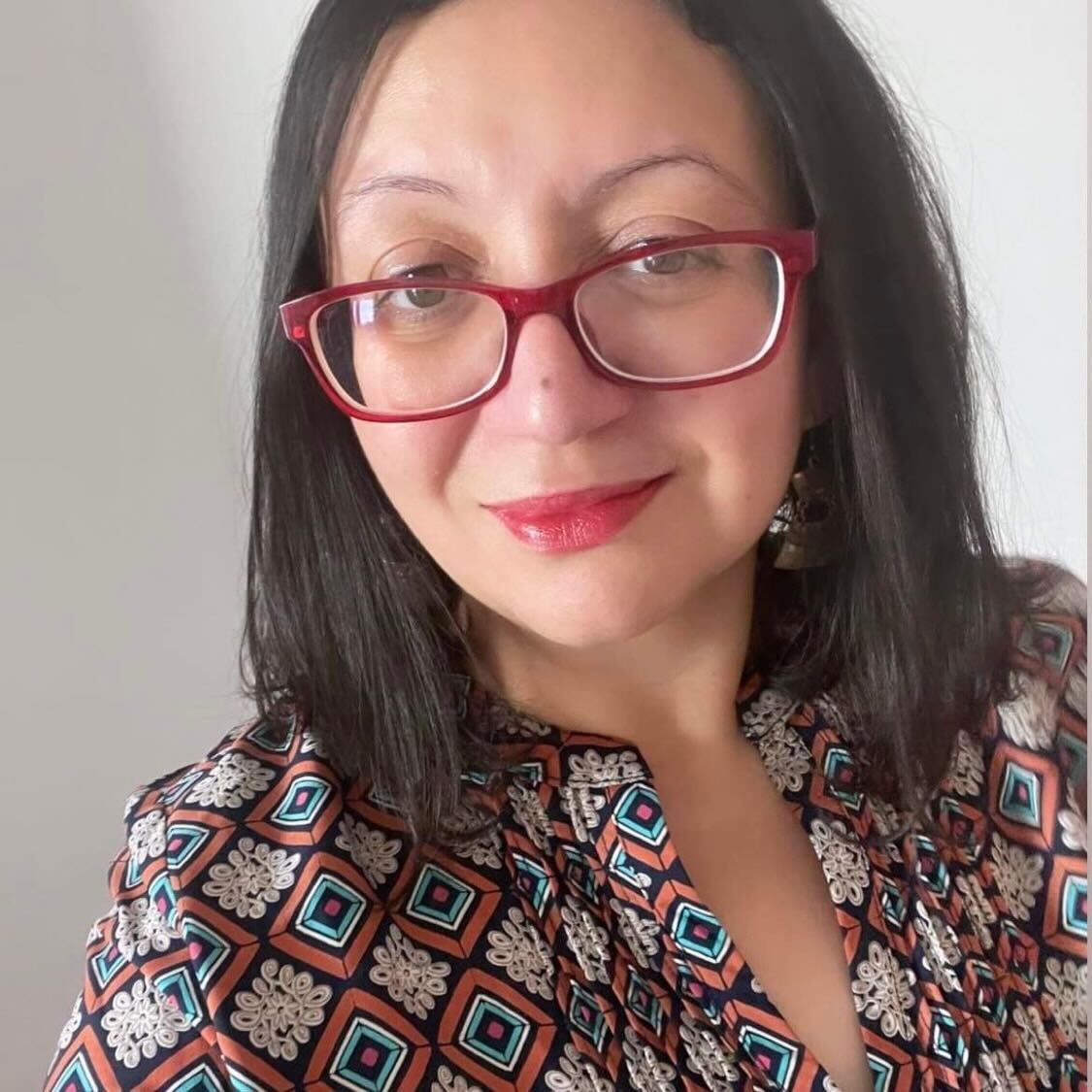 Pati Flores is a latinx artist born in Honduras, Central America. She is the co-founder of Honduro-Canada Solidarity Community and the creator of the Cluster of Colours project, bringing experience and knowledge of data concepts into art projects to help raise awareness about causes that matter in our communities. Her art supports many solidarity causes, is used in co-learning spaces by educators and has inspired communities to take action. 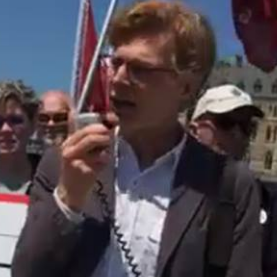 Brent Patterson is the Executive Director of Peace Brigades International-Canada as well as an Extinction Rebellion activist, and Rabble.ca writer. Brent was active with Tools for Peace and the Canadian Light Brigade in support of revolutionary Nicaragua in the late 1980s and early 1990s, advocated for the rights of prisoners in jails and federal prisons as the Advocacy and Reform staff person with the John Howard Society of Metropolitan Toronto, participated in protests at the Battle of Seattle and at the UN climate summits in Copenhagen and Cancun, and has taken part in numerous non-violent civil disobedience actions. He previously organized community mobilizations at City Hall/Metro Hall and anti-corporate rule bus tours in Toronto through the Metro Network for Social Justice, then supported cross-country grassroots activism as the Political Director at The Council of Canadians for almost 20 years before joining Peace Brigades International-Canada. Brent has a BA in Political Science from the University of Saskatchewan and an MA in International Relations from York University. He lives in Ottawa on the traditional, unceded and unsurrendered territories of the Algonquin nation. 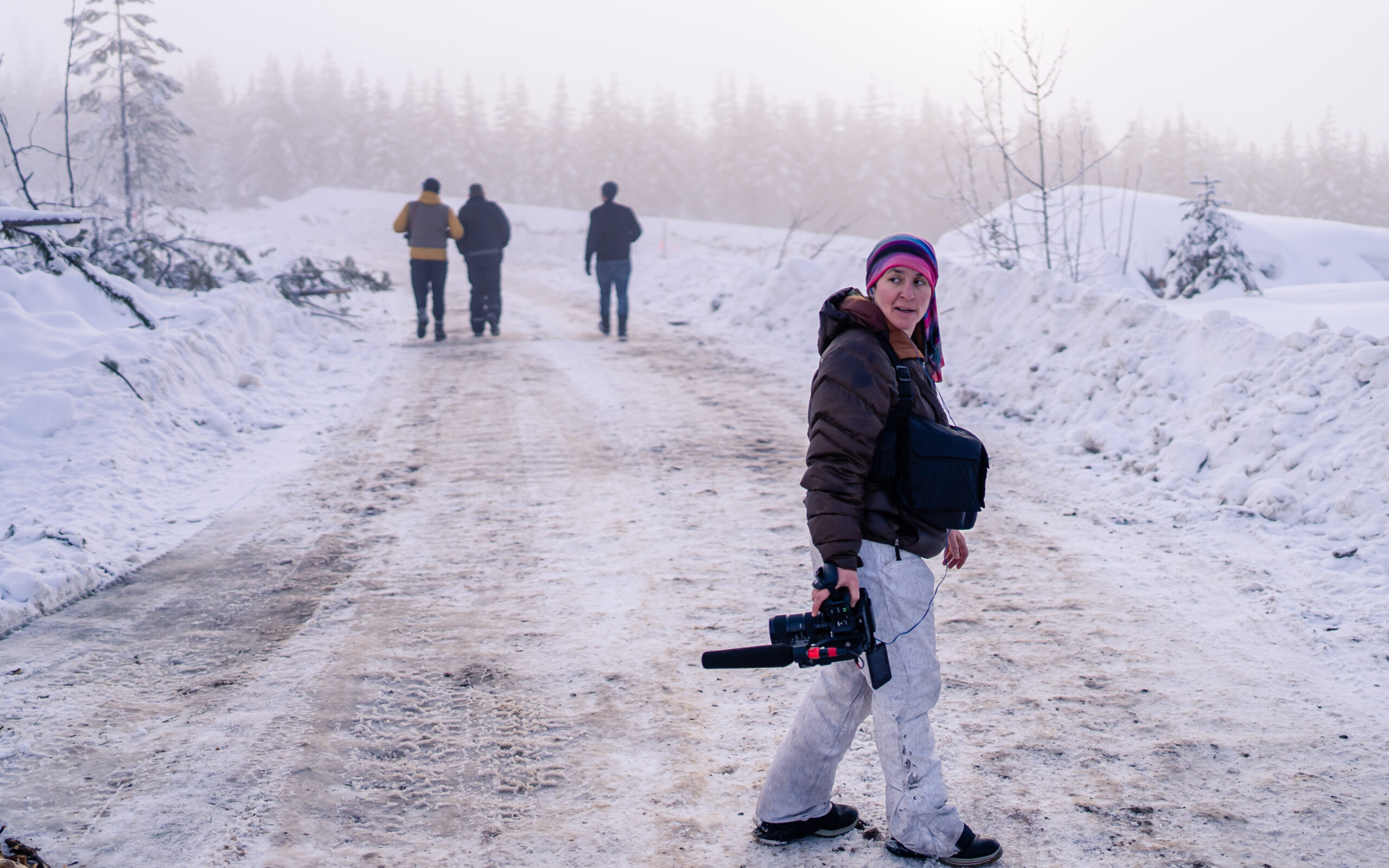 Melissa Cox has been an independent documentary filmmaker and visual journalist for over a decade. Melissa creates character driven cinematic media that illuminates the root causes of injustice. Melissa’s work has taken her throughout the Americas to document grassroots resistance to state violence, militarization of society, extractive industries, free trade agreements, extractive economies, and the climate crisis. Melissa’s documentary film roles span cinematographer, editor and producer. She has worked on award winning short and feature length documentaries that have been publicly broadcast and selected for national and international film festivals, including recently DEATH BY A THOUSAND CUTS which had its world premier at the Hot Docs Film Festival in Toronto and won the Grand Jury Prize for Best Documentary at the Seattle International Film Festival. Melissa’s work has appeared in outlets and platforms including Democracy Now, Amazon Prime, Vox Media, Vimeo Staff Pick, and Truth-Out, among others. She is currently shooting a feature length documentary on the Wet’suwet’en struggle for sovereignty, with the working title YINTAH (2022).