The Survey Monkey and the Dog and Pony Show 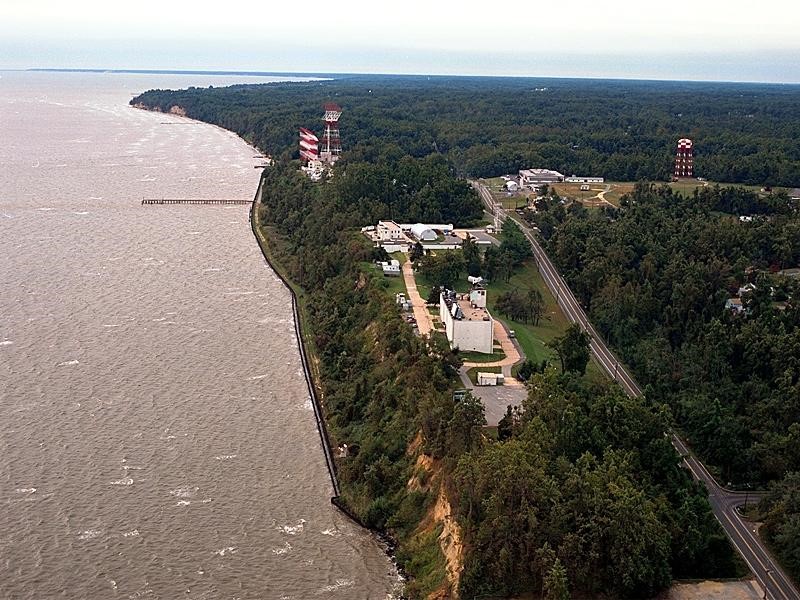 Last week I disrupted the initial Restoration Advisory Board (RAB) meeting for citizens of Chesapeake Beach who live close to the U.S. Naval Research Laboratory – Chesapeake Bay Detachment, or  NRL-CBD as the Navy prefers to call it. Chesapeake Beach is a highly contaminated Navy town just 35 miles southeast of Washington.

Restoration Advisory Boards, first established in 1994, are dog and pony military psy-ops programs orchestrated by the military branches to effectively mute local resistance to the military’s destruction of the environment. The players in this reprehensible scheme – the Naval command, those with the PowerPoint clickers and those who make various remarks or provide snacks and handouts for locals are good folks serving the Navy as active duty members or civilians.  Many cannot see the horrendous crimes perpetrated by their employers, like slathering depleted uranium over acres of land, depositing lethal amounts of trichlorethylene in the soil, or seriously and perpetually poisoning groundwater with PFAS contaminants.

The Navy says the meetings are open to the general public and are held at convenient times and locations to encourage participation.  In practice, however, RAB’s are largely private matters. In Chesapeake Beach there was no public notification of the meeting. Four of those in attendance told me they were concerned with the Navy’s handling of the contamination and had gotten in touch with the naval command, either directly or through local political channels. They were invited to attend the inaugural event of the RAB. That’s how the Navy rolls. That’s how all the branches roll.

The Army describes RAB’s this way:  “RABs help provide more complete information in the form of public input that gives decision makers additional facts, values, and perspectives. This allows them to consider and incorporate the best information and expertise from all stakeholders. A progressive and successful public involvement program such as a RAB should prevent delays and assist, rather than deter, the project. A RAB that provides a balanced representation of the entire affected community can establish the basis for building relationships and trust.”

In the real world – the world outside of these despicable psychological operations of the US government against its citizens – the Army, Navy, Air Force, and Marines have poisoned communities across the country for several generations. Vulnerable people have been subjected to a heavy load of carcinogens in the water, soil, and air.  The Pentagon and the Trump administration are intent on continuing their behavior, so they operate through the RAB’s to minimize potential liability and to quell citizen concerns.

This is their way to placate the public and stifle resistance and they’re doing a bang-up job.

I found out about the first Restoration Advisory Board meeting in Chesapeake Beach from a woman I know who lives close to the base who had deep reservations about the Navy’s record of contamination. Another told me before the meeting that he had read one of my pieces on contamination and was deeply concerned about his family.

Before the meeting began, I placed copies of this article  I had published on Chesapeake Beach about PFAS contamination, along with this 4-page fact sheet, on every seat.

The meeting got underway at 5:00 pm, about an hour before most folks make it home from their commute from work in Washington.  The initial introductions at the meeting were revealing. Of the 28 or so in attendance, 12 had an official function and most were with the Navy. Locals were asked to identify themselves and say a little about why they were there. Most said they lived nearby and were interested in learning about the issue. One said he came because he was concerned with the levels of contaminants in groundwater and wanted to learn more.

I said I was a writer for Civilian Exposure and that I was primarily concerned with  the Navy’s contamination of the groundwater with 241,000 parts per trillion of the most deadly variety of  PFAS, and that plumes may have spread for miles since 1968 when the releases began. I said I was concerned with the health of pregnant women in Calvert County who don’t know any better and may by drinking well water tainted with PFAS.

I finished by saying that the Navy had claimed in an engineer’s report that their contamination of the surficial aquifer simply could not reach the deeper aquifer from which local private wells draw their water. I explained that they were disproven because 3 of the 42 wells they tested were found to contain the carcinogens. Then I sat down.

There was silence in the room for a few seconds.  Naval officers glared at me while the townsfolk were stunned. The public introductions continued, followed by a most uninspiring 37-slide PowerPoint presentation, complete with stick figures entitled, “Restoration Advisory Board Meeting #1”.

It was all new to the locals, although it is boilerplate to the Navy.

“Stakeholders” don’t have a vote. They’re the product state-supported indoctrination and pandering.

After about ten minutes the woman giving the presentation asked if there were any questions and the young man who had questioned the levels of contaminants earlier, asked if he could get the data he requested about PFAS contamination through a Freedom of Information Act request.  He said he had received information from the Navy but that it was heavily redacted and offered nothing new. Captain Homer Denius, Commanding Officer, Naval Support Activity Annapolis, rose to speak to the young man, saying, in essence, that they would address such things later in the program. No one seemed to object.

At that point, I rose to my feet and confronted the captain, who was standing about 12 feet from me. I pointed my finger at him and shouted rather loudly, “This is a dog and pony show and you know it. The Navy is poisoning people across the country!” There was shocked silence in the room. Jaws dropped.  People were stunned and they leered at me. I waited a few seconds and I told the folks in the room to read my handouts and find my contact information. I left quietly.

I didn’t plan it that way. The Navy had copies of the PowerPoint printed out and I was completely familiar with its misleading and propagandistic contents, so I wasn’t interested in sticking around. I figured I might have an opportunity to make an impact. Sadly, no one has reached out to me, although I was hoping to hear from the guy who received the redacted information from his FOIA request.  I didn’t pick up his last name during the introductions. My dumb.

I am sane.  The Navy can do whatever it wants to do with our planet. The military under the Trump administration says it has ”sovereign immunity” from liability stemming from its poisoning of people and the environment. After all,  PFAS chemicals do not appear on a list of hazardous substances under the federal Superfund law, thanks to EPA and congressional inaction. I feel sorry for the people of Chesapeake Beach, particularly pregnant women who may be drinking unfiltered well water.

The dominant, acquiescent American paradigm is to go with the flow and disregard the pariah. It reminds me of what a Democratic staffer told me on Capitol Hill earlier in the fall, “To forcefully stand up for the environment means you’re anti-military.”

The RAB’s can be compared to explosive contamination chambers, that are sometimes used by the Navy to dispose of unexploded ordnance at sites around the world.  RABs defuse the citizenry.

Citizens are asked to “Review and comment (in a constructive manner) on cleanup plans, budgets, program priorities, and other technical documents and reports associated with the NRL‐CBD Environmental Restoration.”

What, exactly does it mean to comment “in a constructive manner?”  Fifty years of Naval experiments have destroyed the earth in this town. Its soil and groundwater are saturated with harmful and cancerous chemicals. The Navy says RAB members do not need a  technical background. The Navy says they will provide technical experts.

RAB candidates at the nearby Naval Air Station Patuxent River are asked to complete a Survey Monkey Form that seeks to collect information on the community’s potential for organized resistance to the Navy’s wanton disregard of the environment. The questions are designed to ascertain the level of the community’s trust of the Navy. Consider these questions:

Restoration Advisory Boards keep a lid on things.  Consider attending a RAB meeting at your closest base. They’re all heavily contaminated. Make sure to read through the engineer’s reports on contamination so you’ll have some talking points: